The roster had been part of the Digital Choas organization since March 26th, and taken 2nd place at The International 2016. They swapped out

David 'Moonmeander' Tan in the post-TI shuffle, took 3rd-4th at The Boston Major in December and won ESL One Genting 2017 in January, but fell into a hard slump shortly thereafter.

The team became Thunderbirds in March as Digital Chaos picked up NA squad Team Onyx. Thunderbirds competed at The Kiev Major, but didn't make it past the first round of playoffs. Still, they were 4/5 of the 2nd place TI6 roster, and

Rasmus 'rASmus' Fillipsen still hadn't missed a TI, and Planet Odd picked up the roster in May. 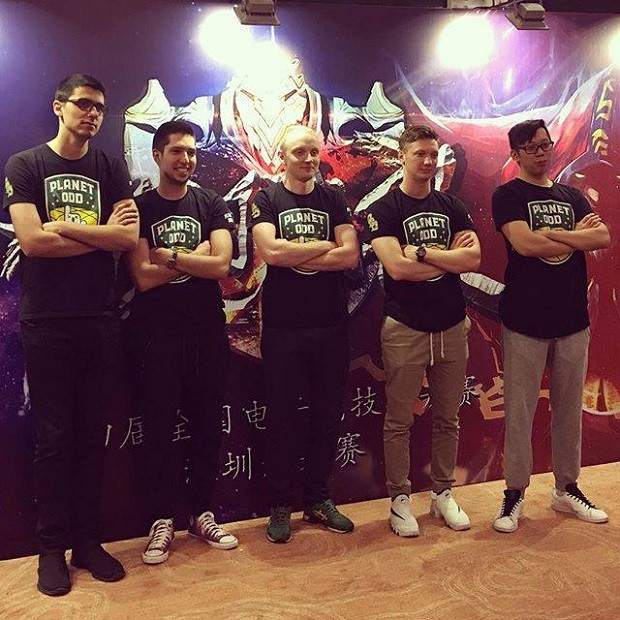 Source: Planet Odd on Facebook
None of the players or the team's manager have posted on social media with regards to whether any of the players plan to stick together for the upcoming season, but they've got plenty of time to decide. Meanwhile, those competing in TI will have this incredibly talented pool of potential free agents in mind when contemplating rosters for the coming year.

UPDATE: According to a tweet from Saksa, Planet Odd have disbanded.


The Planet Odd roster was: