posted by Malystryx.GDS,
The final hero from DotA 1 has arrived on the test client, and we now finally what the Monkey King will be capable of. Click to learn more about the new hero. 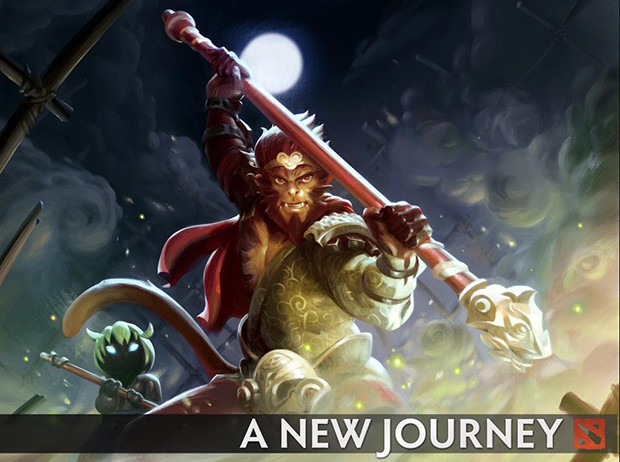 The Monkey King will be on the main client tomorrow (12th December), and was teased during TI6 in the summer as being part of the New Journey Update, the details of which were finally announced today after a countdown began straight after the end of the Boston Major.

Monkey King although he was not a playable hero in Dota 1, was a sub-boss on the map, and his addition completes the list of heroes from the original game.

Sticking to the legend of Monkey King from Chinese mythology, the new hero's most unique ability Mischief allows him to morph into anything from a courier to a rune based on his surroundings when he casts the spell. He can also become a tree or even a dropped iron branch. 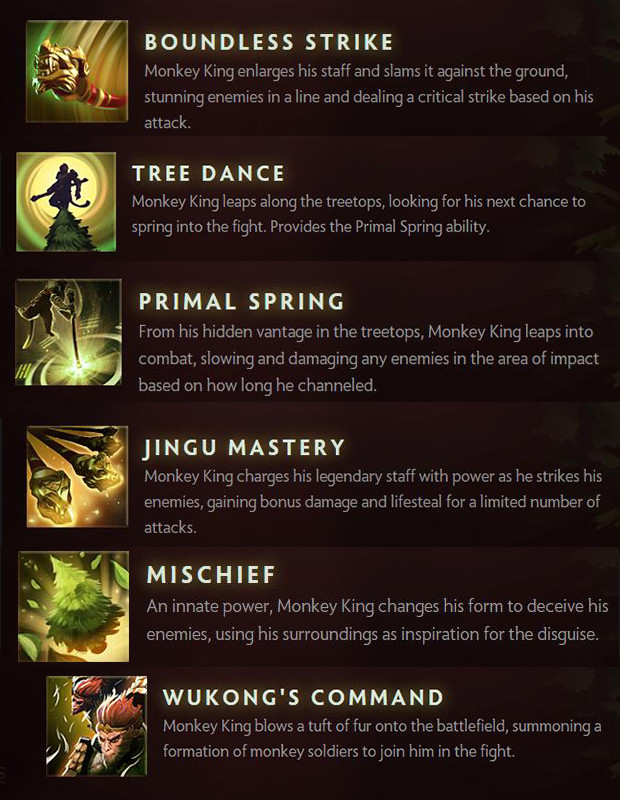 Boundless Strike in a nutshell is a combination of Earthshaker's Fissure and Enchant Totem but without creating a barrier. It is also physical damage and has True Strike, meaning it will ignore evasion items or abilities.

Tree Dance allows Monkey King to perch on trees, the first hero to be able to target trees with the exception of Treant Protector's Aghanim's Upgrade Eyes of the Forest. He can then channel Primal Spring to jump down and cause damage and slow to nearby enemies.

The amount of damage and slow depends on the channeling time, working the same way as Oracle's Fortune's End. One thing to note is that should the tree he is perching on be cut down or consumed, Monkey King will fall to the ground and be stunned for 4 seconds.

His ultimate WuKong Command, as many predicted, allows Monkey King to create illusions of himself that all attack independently, a sort of medly of TerrorBlade's Reflection and Spectre's Haunt. The ultimate only works in a certain area, and if Monkey King leaves that area then all the illusions dissapear. 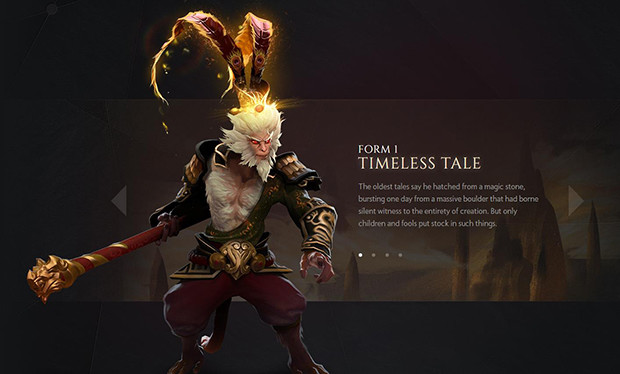 Monkey King comes with an Arcana set which changes appearance based on what level his ultimate is. To learn more about the newest hero to Dota 2 head to the official website post. If you want to test him out you can do so on the test client.