BEAT IT: NP unable to stop Wings from claiming their 4th LAN title in a row 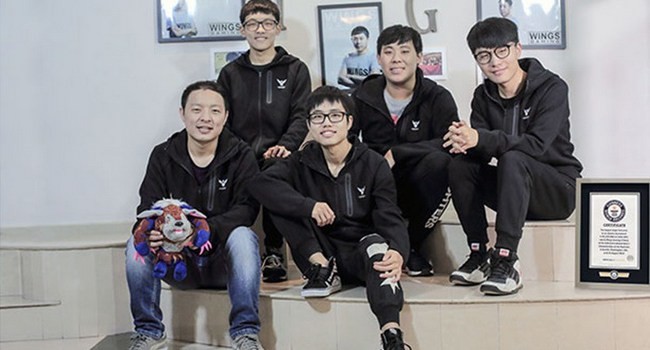 The NA BEAT Invitational is the brainchild of the organisers behind the Canada Cup series, and offered a good mix of teams including TI6 winners

All teams attending the LAN playoffs for the event had something to show with everyone looking pretty solid to claim victory over the other. Strong contenders for the two spots in the Grand Finals were

Wings Gaming came into the event off the back of a comfortable Nanyang Cruise Cup win while EG defied all odds to win MarsTV Dota 2 League 2016 - Autumn Season almost a month ago. While the likes of

EHOME have looked strong on paper but had yet to prove their might with a LAN win in recent times.

Wings Gaming qualified for the Grand Finals directly after defeating EHOME, Team NP and FDL in the process. The second Grand Finalists on the other hand got the tough road which they eventually were able to travel, as Team NP defeated

Alliance, EG and EHOME to claim their Grand Final spot. An incredible feat for such a young team.

Innocence's banter with EE and 1437 (Source)
Game One of the Grand Finals began off with a good start for the NA side and were able to put early pressure onto Wings Gaming.

Zhou 'Blink' YangShadow Fiend was still able to recover and at ten minutes both teams had equal worth as well as the score. A tower push from the Chinese side was completely countered by Team NP as they took down four heroes of Wings Gaming.

Having control of the game, Team NP were taking down objectives and by forty minutes they had doubled the kills with a 24-12 scoreline. Not letting go of the game, Wings remained calm and composed looking for their opening back into the game.

Wings were on the ropes for the majority of game 1

This is exactly what happened when Team NP over extended in the bot lane and lost two in the process. That was enough for Wings to bounce back and NP to realize that their grip over the match has gone. Wings started taking kills with no answer from NP and with one of the biggest comebacks; Wings Gaming took Game One of the BO3 finals after an hour long marathon. 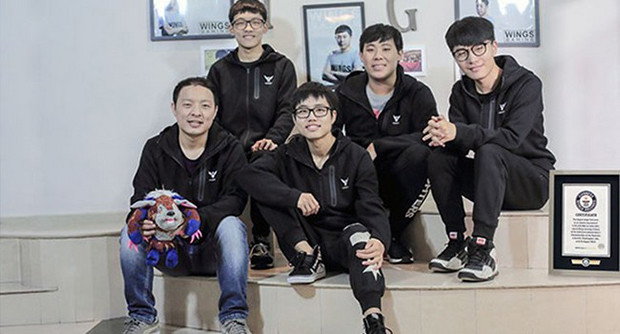 The second game was rather quick as Wings showed Team NP what they are capable of and why they are truly the best team in the world. Something similar to game one happened as Team NP were able to take down one lane of racks from Wings Gaming.

However, that was the most NP could do as Wings Gaming bounced back and took a lane of their own to even the score, despite

Zhang 'Faith Bian' Ruida getting his Tranquils Boots sniped by

Chu 'Shadow' Zeyu continued to prove what a top notch carry player he is on Lifestealer.

Wings have kept up their form that led them to a TI6 title, and they killed off the series with NP 2-0 to make this their fourth LAN title in a row.