No Tidehunter revived with Loda and Akke

posted by Blue_Knight,
Just when the future of the upcoming stars of

No Tidehunter seemed to be in doubt following the departure of two of their key players, the team have announced their their roster has been reformed with two of the biggest legends in the game completing their line-up: 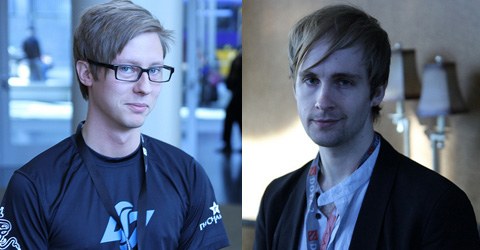 Reunited: Akke and Loda to play together again (Image credit to Rakaka.se)

The veteran pair, who of course have years of experience playing competitive DotA and Heroes of Newerth together, are reunited once again; Loda of course has returned to Sweden after his successful stiny with

Team Zenith, whereas Akke joins this new team after the partial break-up of his former team

No Tidehunter stunned everyone with their sudden emergence and their all-conquering run in the qualifiers for the Electronic Sports World Cup and the THOR Open, however, their roster was ravaged by the departures of both

While the team voluntarily chose to give their hard-earned slot at the ESWC finals (this weekend in Paris, France) to Zero, the locations of their new additions suggests that No Tidehunter have every chance of attending the THOR Open finals in Kistamässan, Sweden, this December.