posted by Karma-,
Today saw the conclusion of the first notable LAN post-TI, and whilst they are yet to lock in their new roster, the new Execration line-up styled all over their SEA opponents in the MPGL SEA Championships. 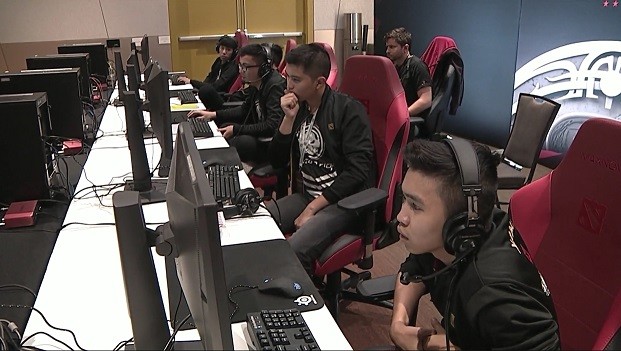 Xtcn knocked out CoL at the TI6 Wildcards, and today finished ahead of MVP and Fnatic on LAN

Execration were able to surprise everyone and defeat

compLexity Gaming, before heart-breakingly losing their next game placing one place too low to qualify for the main event. Since then the team has lost a majority of it players, but keeping hold of

Abed 'Abed' Yusop and picking up

Fnatic, who they defeated in their first game of the Upper Bracket.

In the Grand Final they faced off against

MVP Phoenix*, one of the favorites to win the tournament, despite playing with a roster they asserted was only temporary and subject to future change. This however is not a slight to Xctn's quality of play as MVP also played exceptionally well in the tournament, taking out a TI Top 4 team in the form of Fnatic.

Gabby's Puck play in Grand Finals in a class of its own
In the first game of the series, Xctn secured their signature Meepo for up-and-coming superstar

Abed 'Abed' Yusop as well as Puck for their new addition

Kim Villafuerte 'Gabbi' Santos. These picks proved to be pivotal in their victory, especially when Gabbi pulled out an [i]insane[/i]low HP 1v4 Quad Kill (clip below).

This provided some momentum for the team, and there were no brakes on Abed's wrecking train as he went to town on MVP showing why he is indeed the best Meepo in the world. In accordance with the meme, MVP of course banned Meepo Game 2.


that puck ! Gabbi from Execration


Game 2 was a similar affair, with MVP unable to ever get any significant control on the game, Gabbi (this time on Huskar) was able to power through their line up, in combination with an Abed Juggernaut, the Filipinos took almost every early skirmish at an advantage, successfully taking fight after fight expending minimal spells and heroes to gradually pull out ahead.

Whilst no particular hero stood out, the excellent team-play and co-ordination displayed by Xctn was just beautiful to behold. Due to such a positive early game they were able to hammer on the highground of the Koreans just 18 minutes into the game thanks to a combination of Bloodlust and Aegis on Huskar. The ensuing team wipe exaggerated their networth lead and granted them a 20 minute "gg", the fastest game in the Main Event.

What does this mean for the SEA scene?
With the recent announcement of Fnatic and

Team Faceless*'s rosters, as well as the fact powerhouse MVP look likely to retain their previous strength, the SEA scene is flourishing as we head into a new season, especially given how fantastic Execration have looked over this weekend. Many prevalent American and European players are yet to announce their new teams and it will no doubt be exciting to see how this blossoming region stacks up against them.