posted by Malystryx.GDS,
OG, Navi, DiG and VP will all be in action this weekend for the finale of the DreamLeague Season 5, to be held in Sweden. 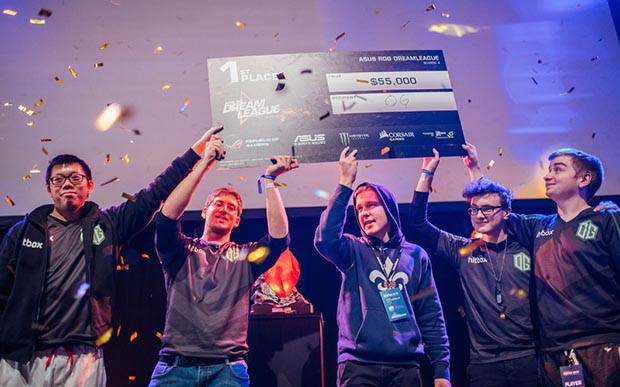 The last international LAN ahead of the Manila Major is coming up this weekend, as four Europeans teams will be competing in the DreamLeague Season 5 LAN Finals.

Ninjas in Pyjamas* (2nd in groupstage)

Semi-random seeding - DiG up against OG in round 1
Only 3 of the 4 teams from the LAN finals qualified from the extensive group stage. Reigning champions

OG were directly invited to the LAN, and recently placed third at Epicenter.

Ninjas in Pyjamas* in the first round. This according to the DreamLeague administration was due to OG and Navi both being given 1st seeds, and then both were randomly given an opponent.

Ninjas in Pyjamas* drew the short straw considering they finished 2nd in the online stage, at least they were already awarded $8,000 for their 2nd place in the groupstage. No Diggity missed out on the Epicenter main event last week after 3rd place in the Wild Card stage, but the convincing 2-1 win over Fnatic did raise a few eyebrows.

Have Navi cooled off?
The unknown factor of the event this weekend is

Natus Vincere, who are the only attending team to have not participated in Epicenter in Moscow last week, and who have not played a competitive match in over 3 weeks. However, they finished 1st in the DreamLeague Season 5 groupstage with 4 wins and 3 draws from the seven matches.

Last month saw a tour de force by them at the Starladder Invitational, and they finished runners-up behind

Vici Gaming Reborn*, a result which clearly influenced Valve's decision to extend them a direct invite to the upcoming Manila Major.

It is time to prepare for tomorrow matches. We will play against @TeamVirtuspro at 14:00 CEST. Do not miss pic.twitter.com/Q35VpE1N9n

Can Virtus Pro steady the ship?
Navi's first match of the LAN is against

Virtus.Pro*, a match which will hold added significance since the last time they met was in the Grand Finals of the ESL One Frankfurt Regional Qualifiers. In that high stakes match only the winner would receive an invite to the high profile event in Frankfurt, and Navi delivered VP a 3-0 beating.

Virtus Pro were first to exit Epicenter's main event along with Team Secret, and their roster changes in the Spring Reshuffle have so far looked unconvincing. With the Manila Major and ESL One Frankfurt both not on the menu in June, this will be their last LAN for a good month or two.

The analyst desk at Epicenter seemed unconvinced that the new roster could have more than one great series, and VP will definitely have their work cut out for them at DreamLeague Season 5 this weekend. They were champions of Season 3 after beating Navi 3-2 in the Grand Finals last June, can

Artem 'fng' Barshack do it again? 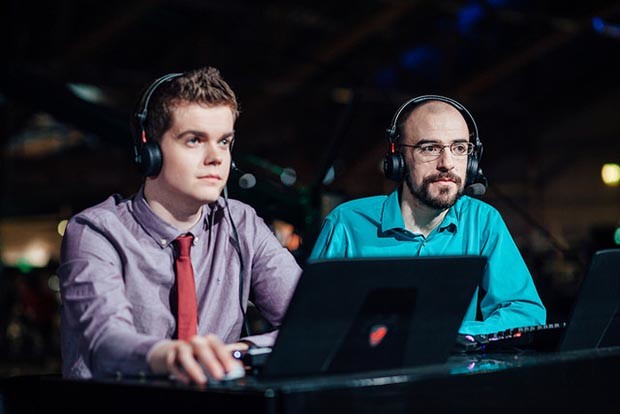 Talent Desk
The talent desk will be hosted by Sheever, whose Twitter post about not being invited to the Manila Major created quite a stir earlier in the week. The usual suspects Shaneomad, ODPixel, Draskyl, new addition SirActionSlacks and also WagaMama will all be attending the LAN Finals, with Kotlguy the only surprise. One notable absentee is Luminous, who has been a regular figure in previous seasons.