posted by Malystryx.GDS,
CompLexity are starting to find their stride and we had a chance to speak to

Zakari 'ZfreeK' Freedman during the recent ESL One Manila. 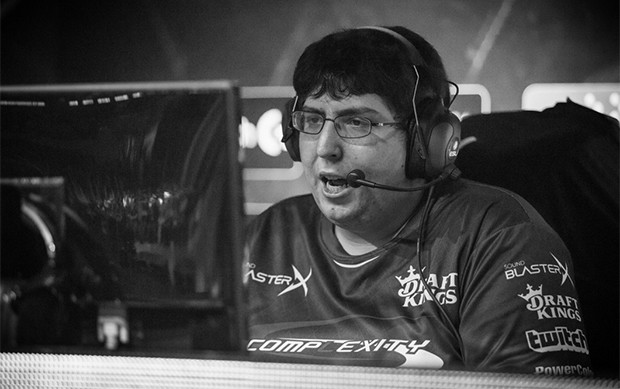 Zfreek at the ESL One Manila (Image: ESL)

Kyle 'Kyle' Freedman's real life brother. Transferring to Dota 2 from Heroes of Newerth along with his brother, Zfreek has managed to stay out of the limelight, happily accepting his brother to bask in the public eye. The NA team has placed top 6 at their last three events, and Zfreek has remained a quiet but vital part of their success.

His standout hero is Enigma, maintaining a 75% win average on the hero from 24 games, the second highest of all time for players with more than 20 games on the hero. CompLexity and Zfreek were in action at ESL One Manila, and CoL headed into the tournament off the back of a 5th-6th at the Shanghai Major and a 3rd-4th at DotaPit Season 4 LAN Finals.

CompLexity were knocked out by the eventual winners

Team Random* 2-1 in the decider match, but not before getting the home crowd right behind them. Ahead of them being named one of the direct invites for the Manila Major, I had a chance to sit down with

Zakari 'ZfreeK' Freedman to discuss the event in the Philippines, his team and himself on the final day of the competition.

Malystryx: The ESL One Manila has been a brilliant event. What did you know about the Philippines before you got here? What were your expectations and has anything changed?

CoL.ZFreek "I actually knew nothing about the Philippines, I wasn't even sure where it was on the map. I knew kind of where it was but not 100%, that's American geography for you *smiles*. I didn't have any expectations about the fans, who are AWESOME by the way, I only heard on the plane about the food being really good, which IT IS. In general the people are great, the food is good. It's a little warm but it's a beautiful country, and I like it here." 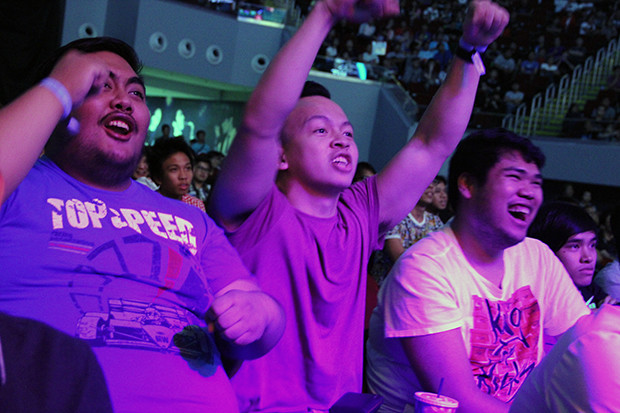 Malystryx: The fans are insane... what did you think about the ESL One Manila's casual approach? Inviting kids on stage, doing the machoman contest etc.. Do you like it or do you prefer a more serious approach?

CoL.ZFreek "I really liked the casual approach which got the fans more involved, it's a reason for them to show up in the first place. As a fan I personally would never go to a Dota event to just go to a dota event. Usually as a fan there is no real reason to go to a live event when you could watch it from the comfort of your own home. That's why I really liked the fan interaction at ESL One Manila. The fans here completely blew away my expectations, they're so energetic, they love all the teams from what I've seen."

When I was watching your game against Mineski I was sitting in the crowd and I noticed a group of guys screaming their heads off (pictures below). Initially I was like 'damn these Filipinos really love Mineski', but then I realised they were cheering when you were beating Mineski, and upset when Mineski were doing well. In America I can't see that happening, it seems even a team with one NA would get a chant of U S A, U S A.. Does national pride ever factor in to your performance?

CoL.ZFreek "I don't really care too much about national pride, I don't think any player really thinks about where they are from once they are playing. You just look at your computer monitor and try to zone out the fact there are 9,000 people infront of you and a bunch of a bright lights and tons of cameras. You have to forget all of that, you forget where you are. It's just you and your teammates. I think in that regard national pride doesn't affect a team's performance.. but it can definitely help you get invited to things. *smiles*" 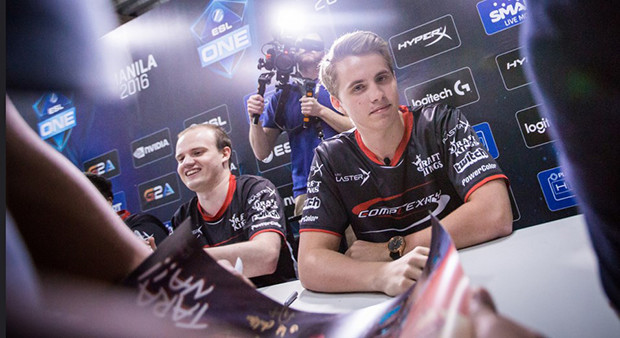 Malystryx: On that note, there is an ongoing debate on our website and elsewhere as to whether compLexity should be considered an NA team since you now have three Swedes in your 5-man roster. What are your thoughts on the matter?

CoL.ZFreek "Well a lot of people at first were comparing us to Mousesports from last year but just specifically how we're different from them. They moved a few weeks before the TI5 qualifier, with pretty much the intention of moving there for the qualifier. I don't think they planned to stay there after they won it, I don't think they ever planned to be an NA team, they never planned to live there. Also they weren't even an American organisation, they were just a European organisation buying a house in America, so that their team can be American.

We're an American organisation with American players, which Mousesports had 2 of as well. We have been in the American region with the core of the team, myself and Kyle (Swindlemelonz), for a year and a half already and the players we found were moving to America full-time to play. We are North American.

It's like Secret right now is European still. They're a European brand, they're a European organisation but they only have two European players. The New Digital Chaos line-up is four Europeans but it's an American organisation, they are going to live in the country. They are going to improve the American scene with their presence, they are not just going to come in, win a tournament and then leave. The question to ask when deciding teams and regions is whether a specific team is improving the region... or are they leeching from it." 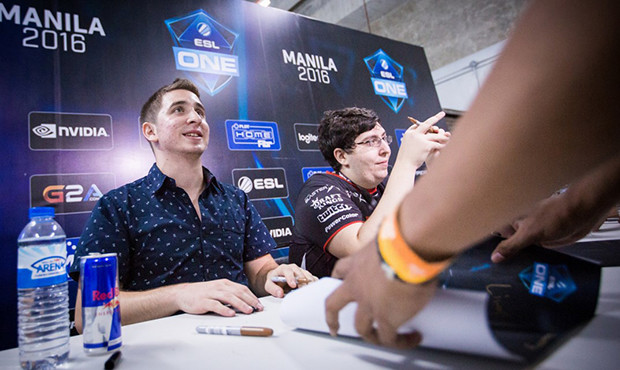 Malystryx: When it comes to your team, do you care about your public image at all? For example when your brother Swindlezz ported over to Dota 2 people had concerns about his attitude, but after his stint on the panel with EternalEnvy at DotaPit in my opinion people finally realised he's actually a really nice guy. What about your own image?

CoL.ZFreek "I'm not too concerned about my image in the general public, I'm not really affected by what people think of me in the anonymous abyss. (What about if someone said something negative about your brother?Does that trigger you?) Not really, I prefer when people leave members of my family who aren't on the internet out of it. For example once I was streaming and people managed to find pictures of my female cousins on Facebook and then they spammed the chat with it for like five hours.

Stuff like that is weird for me but in general I don't care as long as the person is anonymous. If it's someone I meet in real life or I've talked to you, I'd like them to think I'm a good person. I just try to be genuine, If I'm mad at someone I try to let them know I'm mad at them and If I'm happy for someone then I'll make sure to let them know.

My brother is much more talkative than I am, but when we came over to Dota 2 people just spammed all the old memes from HoN and brought up all the old stories about him without any context. It took a while for people to understand that's not him and realise 'oh he's not just..an ass, he's a genuinely great person', and people seem to have come to terms with that now. As for me I'm a quiet person, people all form their own different opinions about me I'm sure, but that's okay."

Malystryx: Are you and your brother competitive with each other?

CoL.ZFreek "There's definitely a rivalry to be better, but not so much better than him, just to be better in general. If I'm not playing to my potential then I will feel bad for him, or if he is not doing his best then I'll be like 'come on dude, we can do better'. It's not so much a rivalry because it's a team game. If for example I play him in a pub then sure I'll gank him a lot.. *laughs* because I want to win and I know that's how I'm going to win the game. "

Malystryx: There was an interview done by DotaBlast with you and Swindlez where you both agreed that humbleness is over-rated, what did you mean by that?

CoL.ZFreek "Well I think nobody can really stay humble, especially if you've got people telling you every day that you are really good at something, over and over again. If you manage to stay humble then you're kind of full of it. I would rather people just embrace it and say 'Yea, I'm pretty good but still trying to get better'." 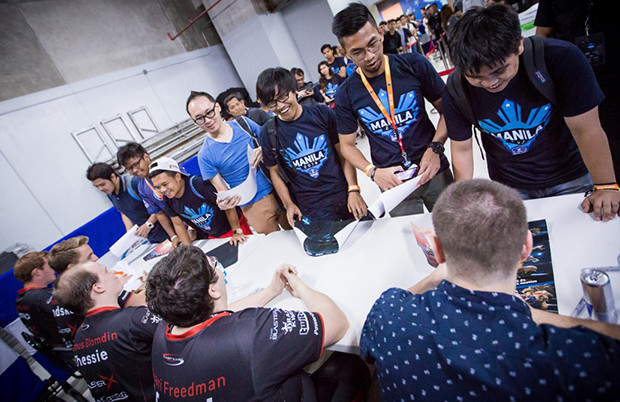 Malystryx: Fair enough, in terms of ESL One Manila as a whole what were your best memories?

CoL.ZFreek "I think the best memory would be the signing session we did because it was nice to see so many people just coming and asking for autographs. It's still a really weird thing for me, I mean seriously we're just playing video games but to have people saying 'you guys are my inspiration'. I don't really know how to feel about that but it feels pretty good. The casino was also pretty fun and I managed to stay just about even."

Malystryx: That's good to know, some other people were not so lucky I heard. Well thanks Zfreek for your time, any words for the growing compLexity fan base?

CoL.ZFreek "Just thanks to the fans, no matter how long you've been a fan. We're all going to try to be more receptive and outgoing for our fans, and if you have the time you can chat to me via my stream."