posted by Malystryx.GDS,
MVP Phoenix have won their first major LAN tournament and in incredible fashion in a thrilling encounter with Evil Geniuses that had joinDOTA casters TobiWan and Blitz captivated. 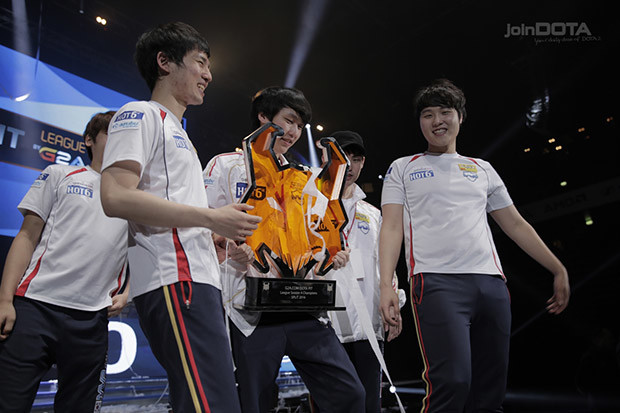 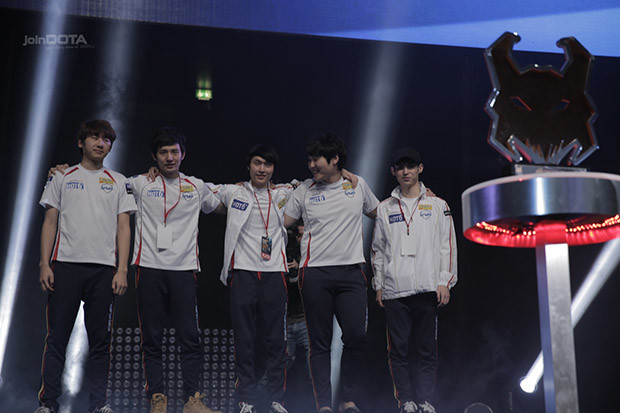 The prospect of a bo5 is a daunting one, in particular for a team like MVP Phoenix who have "limited strats" according to OG's

Tal 'Fly' Aizik who was on the panel for the final match. However, they hit the ground running by turning a game around which seemed destined for failure. 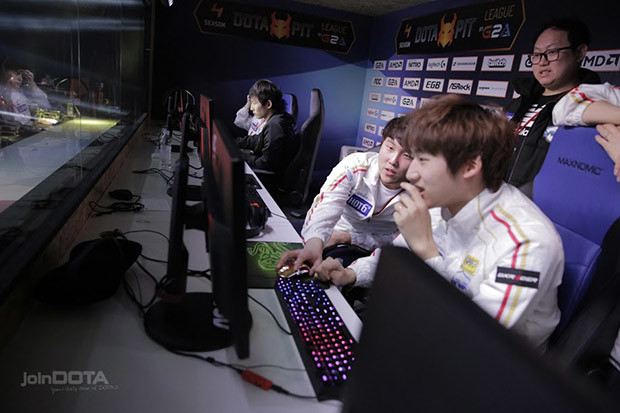 MVP were riding high, and this was their first international Grand Final

In the opening game Evil Geniuses had got hold of the game, but the timing of their push was a little too late.

Seon-Yeob 'QO' Kim's Slark came into his own, and the game was turned upside down, leaving both Blitz and Tobi lost for words. "MVP just played amazing, this is something you rarely see, when a team outskills EG," said OG's Fly on the panel.

Mvp are playing really composed dota even in a finals vs EG, hats off

Game 2: Triple heal for MVP helps sustain them in back and forth game
For game 2 EG took MVP's Nature's Prophet, one of three heroes they are extremely fond of alongside Invoker and Spectre. With Invoker also banned out, MVP went for another favourite combo in Wisp-Bristleback and an Outworld Devourer mid.

Evil Geniuses followed the trend of going for a support Lion and Enigma, with a last pick Razor for Arteezy to help in the laning stage. MVP's main weakness in the line-up was wave clear, and limited responses to Enigma BKB blackhole, but still had a good team fight presence with Witch Doctor and Outworld Devourer.

A nice double ward in the Radiant jungle blocked two of Fear's creep camps for his Enigma, although Evil Geniuses took first blood after Universe's Prophet teleported in to help his team-mates kill off

A big clash at MVP's bottom tier 1 worked out well for the Korean side, and Fear fell before casting Blackhole. PPD's Lion and Arteezy's Razor were both chased down and

Sang-Don 'FoREv' Lee then had the space to clear out a large stack at just 6 minutes in, helping him to climb to the top of the networth chart.

After MVP took 3 kills in exchange for none, Forev goes for a big stack at 6 mins

MVP's sustainability in the mid game helped them come out slightly ahead. Witch Doctor's Voodoo Restoration, Juggernaut's Healing Ward and the healing powers of Wisp all helped to negate the spell damage coming out from Evil Geniuses. By 25 minutes MVP were going for high ground but it wasn't until MVP went for the bottom tier 2 at 29 minutes, people lost their minds.

Pyo 'MP' Noa on Juggernaut was off the chart as he bladestormed into five of Evil Geniuses, in what looked like a yolo move. However, it turned into MVP's definitive battle and they chased Evil Geniuses passed their tier 2 tower, tier 3 tower and then MP Omnislashed Universe's Nature's Prophet right into the fountain and came out alive. It was the beginning of the end as MVP team wiped Evil Geniuses, and game 2 ended minutes later. 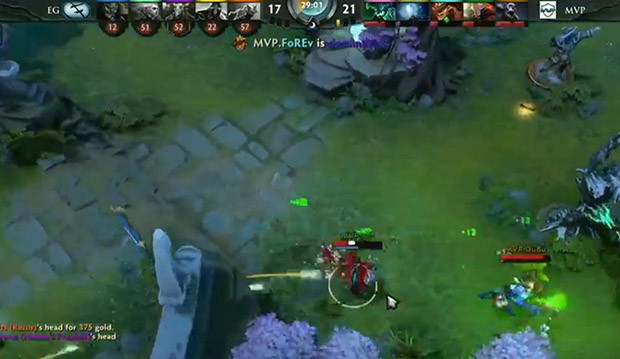 Phantom Lancer was MVP's first pick in game 3, and panelists EternalEnvy and Swindlez were not sold on. Evil Geniuses responded with a Dark Seer and Lion to deal with illusions and a Treant Protector for ppd to help with sustain. 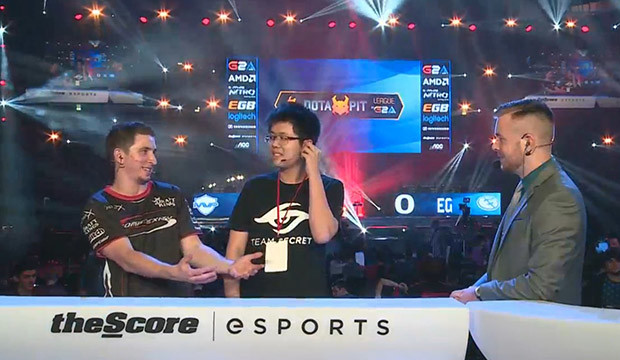 Swindlez and EternalEnvy were the panelists alongside Capitalist for game 3

Evil Geniuses laning in the early stages of the third game was their best of the Grand Finals thus far, and Sumail suceeded mid lane even with Qo's Phantom Lancer supported by Febby's Earthshaker. MVP realised early on SumaiL needed to be dealt with, and Vengeful Spirit swooped in to help take out the EG mid. No less than a minute later a well placed sentry ward on MVP's side of mid saw Fear's invisible Lion lurking, and another kill for MVP help to contain EG's growing early advantage.

14 minutes was a crucial fight, as MVP's

Seon-Yeob 'QO' Kim incredibly managed to dodge Fear's Finger of Death with Doppleganger after EG caught them in Roshan. What should be a routine gank turned nasty and the NA team lost three. 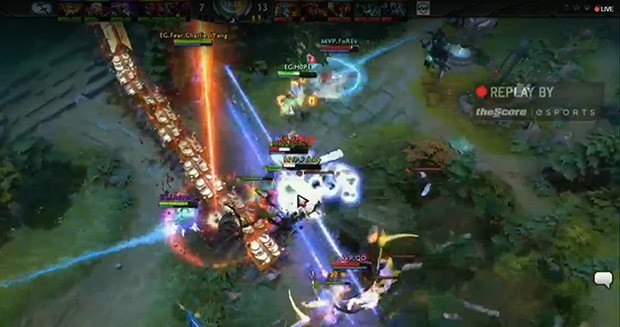 Evil Geniuses respond to MVP with a play of their own

However, minutes later Evil Geniuses had a sick response after Universe's Dark Seer delivered as usual in a fight at EG's mid tier 2 tower on Radiant. However, that faint glimmer of hope preceded a world of pain, and MVP had a team wipe two minutes later and were high ground at 20 minutes. It looked like the end but Fear's triple stun with Lion into Invoker Sunstrike was a sudden boost of adrenaline and EG took down four of MVP.

This was now undoubtably the best game of the series so far with both teams at each other's throats, would EG let MVP "outskill" them again? Or would they come back just like they did at the Summit 4 LAN Finals?TobiWan was screaming by the end of the game as MVP and Evil Geniuses exchanged blows but it was MVP who were hitting harder.

"MVP are really the immortals right NOW," said the joinDOTA caster. MVP finished the game in style with a phenomenal display of team work as they won their third game in a row to win 3-0 against the TI5 champions in their first international Grand Finals.