posted by Jaywalker,
An unpredictable player, a team player, a fan favorite.

Alaan 'SexyBamboe' Faraj is known for his incredibly risky plays that sometimes work wonders, and at other times, fail miserably.

In an interview with joinDOTA, SexyBamboe reminisces about the start of his

The interview was conducted on 25/7/2012, therefore questions and answers are based off knowledge prior to the recent introduction of Nyx Assassin, KotL, and Visage.
How sexy is SexyBamboe?

Not so sexy anymore :( I recently changed my name back to just Bamboe to be more 'professional' since the game has become more like a job instead of just playing for fun and trolling around.

Well, you will still forever be known as SexyBamboe. How would you describe your playstyle, and what heroes best fit your playstyle?

Aggresive and unpredictable. As for heroes I would say Tiny and Templar Assassin, even though I never get to play Tiny :(

You are known to play with an incredibly risky style; sometimes it pays off, but sometimes it doesn't. Your first encounter with mousesports was as a standin, and you did one of the craziest things where you were not only able to steal the opponent's Aegis of Immortal, but also get the last hit on Roshan as well. What is your mentality when you decide to take such risks?

Most of the times when I do risky stuff like that it's because we are behind. I just look at each situation, and in that particular situation, if they took the Aegis and put it on Dragon Knight, we would never be able to kill him twice and the game would have been over. So I was like "$#@! it, I'm going".

Shortly after that match you were introduced as an official member of mouz. How did you get the opportunity to join them?

At that time they were one player short and actively searching for a replacement. Since I kind of fit the role that they were missing, they asked me to play some matches with them and see how it went. One thing led to another.

The results of the initial lineup of mouz was inconsistent. It was not long before changes in the lineup occurred, with DeMeNt, Trixi and Rexi leaving. What was in your mind when three of your members left?

It diddn't come as a surprise to me as there was some tension between the whole team whenever we played together and it felt like everyone just needed something new, so we decided to split up and go our seperate ways.

mouz began experimenting with different players such as Kuroky and Fire, before settling with Black, 1437, and ComeWithMe. What were your intial thoughts about the current lineup?

I found it a strong lineup since our problem with the old team was that we were inconsistent. One day we would play our best and the next we would play like total scrubs. With the addition of very consistent players, I could only see it becoming better.

With good chemistry, the new mouz showed impressive games. Beating top teams such as Na`Vi and showing consistency in performances, mouz seemed to have everything needed to be the best. However, there is something missing, causing mouz to drop out of the qualifers for The International and DreamHack Summer tournaments. What do you think went wrong?

We haven't had time to practice since we're always constantly playing matches. Trying new things is kind of hard if you havent tried it befor in a scrim/practice match. I feel like once we start practicing a lot we wil start playing more unpredictable and make way less mistakes, which is also one of the biggest problem in our team.

Tell me about the second game against Virtus.Pro in qualifers for The International. That is perhaps one of the best games of all time.

mouz has always been a fan favorite due to the different charms of the teams. It seems that all of the players are able to play well together and have fun together. In what way do you think this helps the team?

When we have fun together we play superb. But there are also moments when we just hate each other to such an extent where we just start to play like five solo players which is something we stil have to overcome.

Black, SingSing, 1437, Bamboe, ComeWithMe, Paisy.
Your teammate SingSing often flames you for your good and bad play, what is your relationship with SingSing like? Is there a secret romance backstory going on here?

He's just jealous of me, I can't blame him.

Be honest and tell SingSing the truth about your feelings towards him.

You are also known for amazingly good and amazingly bad plays. Do you agree with this?

With the first part :D But yeah I have my moments when I screw up so bad and then later on look back on the game and think "wtf was going on in my head".

Bamboe Doto is a world phenomenon now. Could you point out the key points to emulate Bamboe Doto?

Being as manly as possible in whatever situation!

You recently came in second in Star Ladder, losing out to Na`Vi. What are your overall thoughts of mouz's performance in Kiev?

I diddn't feel like we deserved it [second place]. We diddn't play the way we normally played, which ended up with us barely making it out of the groupstage. Everyone excpected us to get out of the group stage easily and then getting 0-3 in the final was just the nail in the coffin.

After attending DreamHack and Star Ladder, it still seems that there is something missing in mouz's play to compete with the best of Dota 2, such as mTw and Na`Vi. What do you think the team needs to work on to overcome these teams?

We just need to practice some new stuff since we have been playing the same thing for a while now, and has been figured out by most teams and easily countered. 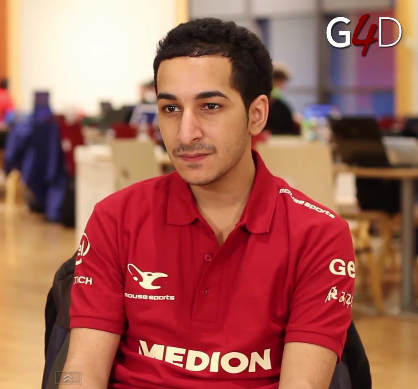 Photo Source: GO4DOTA
mouz has been invited to The International as a back up team. What exactly is the arrangement for mouz's participation?

We wil go to The International no matter what, but if we get to play or not is up to the other teams. If somehow a team can't make it, we have the possibility to play. Either way it is going to be a fun trip.

mouz is currently participating in BeyondTheSummit's World Tour, playing against teams bound for The International, such as Invictus Gaming and MUFC. After playing aginst these Asian teams, what are your thoughts about them?

I find their playstyle really passive and predictable. When we played against them I don't know if it was the delay or our playstyle, but I didn't feel like they played superb.

Recently we have seen more versatility with mouz’s players, with SingSing, ComeWithMe and you constantly switching roles. What is the intention of this decision?

We are just experimenting a bit with heroes. It depends on what composition we have since a couple heroes can be played both as support and as solo. We;re gonna switch things up a couple times mainly depending on the heroes we have, not the roles of the players since some players excel with certain heroes.

Aside of your love for Sing, what about your relationship with your other teammates?

Well ComeWithMe is a flaming princess, Black is always busy with his online girls and 1437 is either sleeping most of the time or playing all night with Sing. So we mostly just hang out on TeamSpeak before and after scrims/matches and maybe pub with them sometimes, nothing special.

It seems that the kryptonite for mouz is mTw, having lost to them multiple times. What are your thoughts about that?

Their playstyle is the opposite of our style what makes mistakes we make punished double as hard. And most of the time we have a limited time to end the game compared to their heroes what makes it even harder. But recently it seems like they are out of form. So I am not really considering them as our kryptonite anymore.

Heroes such as Templar Assassin and Naga Siren has just been added to Dota 2. Do you see them as viable picks that could fit well into mouz?

I $#@!ing love Templar Assassin! I find them realy great picks overall and can probably predict that they wil be picked alot by a lot of teams. We wil most likely experiment with them as well.

Is there a hero that has not been ported yet which could be instrumental to the competitive scene?

Keeper of the Light is probably gonna be most instrumental of the unreleased heroes since teams tend to push and force fights alot, Keeper is kinda the perfect counter to that. Magnataur might have a small impact since he will probably picked for certain strategies, but I don't think he will be that big. For the rest of the heroes I don't see that much use except for maybe some surprise picks here and there. And I haven't touched the new heroes at all that came out after Dota 2 was in beta so I can't really say anything about them.

Do you have plans to stream your games?

Once I get a legendary laptop! I wil be streaming alot. 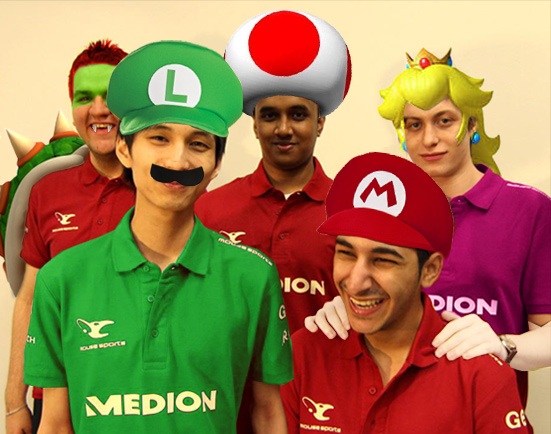 There's one last question on everyone's minds. If you had to choose someone on your team to date, who would it be? Would it be exotic 1437, SexySing, cute CWM or ferocious Black?

Thank you for accepting our interview. Finally, any shoutouts that you have.

Big shoutout to mccormic my motivator! mousesports, Paisy, our sponsors Medion, Geil, Intel, Razer, Thortech, Sansibar and of course to all the Dota 2 players who make this game so succesfull! Also follow me on twitter @SexyBamboe!