posted by Supafida,
The Finals of BTS SEA #1 concluded a few hours ago. Fnatic maintained a great record, crushing First Departure without giving up a single match. The MVP of the series was definitely Chrissy, whose commendable performances on Clockwerk and Earthshaker helped Fnatic secure the first place and $5000 USD. Hop inside for more information! Hours ago, the Finals of BTS South East Asia took place between

First Departure*. Fnatic was looking strong, 2-0’ing each and every single one of their opponent on their path to the podium. FD, on the other hand, looked slightly less dominant, albeit

Orange.Taring* yesterday secured them a top 2 spot. However, the Singaporean squad was unable to stop the Fnatic train as Mushi and co. swept them with a 3-0 victory in a Best-of-Five series. 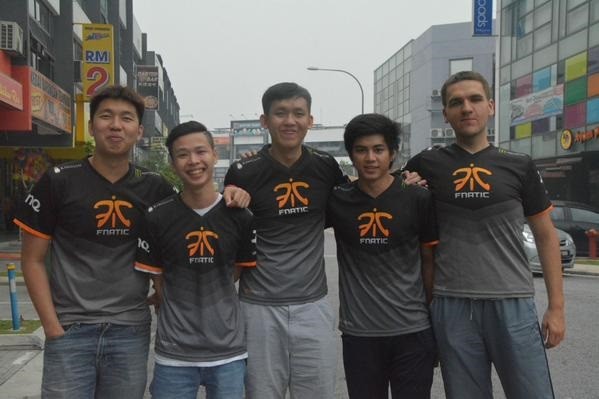 Much of Fnatic’s recent success has to be attributed to

Djardel 'DJ' Mampusti. Since joining Fnatic, the Filipino player has been doing an excellent job as the new offlaner in the place of

Chong Xin 'Ohaiyo' Khoo. Chrissy performs extremely well on disruptive and annoying heroes such as Tusk, Clockwerk or Earthshaker (click here for an example of his amazing Tusk play). In the Finals versus FD, Chrissy once again proved his worth. Taking Clockwerk in the first two games, he managed to set up kills and isolate the enemy heroes inside his Cogs.

Wai Pern 'Net' Lim’s Lion had a much easier time finding and finishing the target. Chrissy’s great use of Cogs also saved his teammates more than once from enemy ganks while his timely Rocket Flares helped secure crucial vision for the team as well.

However, the highlight of the series comes from Game 3, when Chrissy was given his renowned Earthshaker. Securing an extremely early Blink Dagger, he put it to great use, pressuring the map and securing Fnatic the advantage in combats as

Dominik 'Black^' Reitmeier was not having a great time. The German eventually caught up with the pack and took over the game with

Chrissy has been playing such fine Dota. Will be interesting to see how he fares up in the season. #BTSOneOf18Cups #FnaticVsFD

With Chrissy doing heavy lifting from the offlane, Fnatic cruised through FD and won the BTS SEA Cup #1, claiming the prize of $5000. Along with winning the ESL New York Qualifier merely a few days earlier, Fnatic has established themselves as a force to be reckoned with in the region. Who will stop them?

Congratulations to @FNATIC! They win #BTS #SEA Cup #1 and walk away with $5000. @FirstDeparture finish second and will take home $3000!