The Defense is Reborn: I said Good Day Sir!

posted by Malystryx.GDS,
It's been two years since we put our flagship competition The Defense on ice, which was the largest online Dota 2 tournament of its time when it was launched back in 2011. We are EXTREMELY excited to announce that we are finally able to bring back the Defense in a way that can live up to the brand that we created all those years ago. Take a trip down memory lane and witness the rebirth of the Defense in the coming weeks. 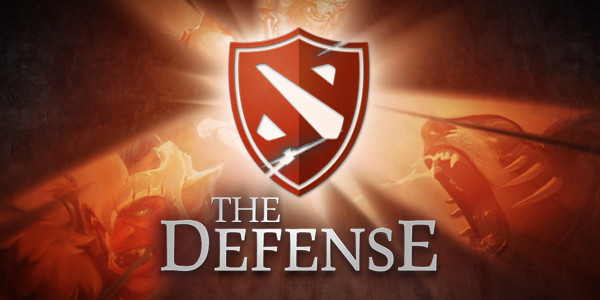 In the dawn of Dota 2, following the $1.6 million International which introduced the world to Valve’s latest creation, rose The Defense, joinDOTA's hallmark tournament. With no peer in its midst The Defense was the largest online Dota 2 tournament of its time, featuring TWENTY-FOUR teams and a 10,000 EUR prize pool, a small fortune for that era. For those who have been around since the beginning of Dota 2, or those who want to get a feel for what The Defense was like back in the day, we've put together this short movie.

Once Upon The Defense - Relive a classic in Dota 2 history


The Defense Season 5 explainedThere will be a total of eighteen teams in the fifth season of The Defense, with a base prize pool of $75,000 and beautifully crafted workshop items which will be released at a later date. We have also listened to the community and have seperated the ticket and the item bundle, so viewers can have the choice whether or not to buy the in-game items.

This has allowed us to drop the price of The Defense ticket to just $2.99. Proceeds from the ticket sales and the bundle sales will all go towards increasing the prize pool. We will unveil the workshop items in the very near future so stay tuned because they are looking sick.

First Stage: Twelve teams join the first group stage (two groups of six), with six teams progressing to the second stage.
Second Stage: The six teams progressing from stage 1 will be divided again into two groups of six after being joined by six directly invited teams.
Third Stage and Final Stage Details of the playoffs as well as the first-ever The Defense LAN finals will be released in the future.

There will be multiple languages streamed on Twitch with our joinDOTA team leading the English coverage from their new studio, and through our partnership with TV2 Zulu

More information about the tournament can be found on The Defense website. The countdown begins.