4C&L to compete in MSI Dragon Battle without WagaMama, Pajkatt steps in

posted by Malystryx.GDS,
The invites for the MSI Dragon Battle #7 are out, and they include two-time champions

Kai 'H4nn1' Hanbueckers who decided to call it quits on his playing career. This leaves an opportunity for one of the other teams to excel.

With all the post-TI5 shuffle, I'm also out of 4CL. Now the real question, did anyone even know I was in 4CL? 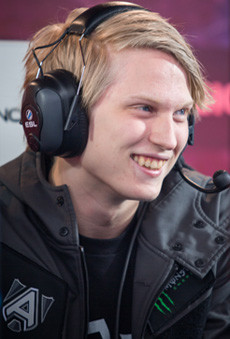 Pajkatt at ESL One (Helena Kristiansson)
The TI5 analyst also tweeted out shortly after that: "a lot of you calling me joining a team, I'm just going to standin for a LAN, I am currently teamless".

Mamas Boys* have won the MSI Dragon Battle twice, and will be making use of the services of ex-Alliance player

Per Anders 'Pajkatt' Olsson L. for tonight's competition according to their manager Ahmed "BenQ" Khaled.

The MSI Dragon Battle #7 will take place later this evening, with the four best teams from the open qualifiers;

Siberian Valenki Black*. They join the following invited teams to compete for a 2,000 EUR prize pool, 1,500 EUR for first place and 500 EUR for second.