Our Top 10 favourite TI5 moments. What were yours?

posted by Malystryx.GDS,
As the world returns to normal after the end of undoubtably the greatest TI to date, we look back at ten of our favourite moments from The International 5. The Final day was the climax of what had been an incredible turn of events after the likes of CDEC had upset the expected narrative of the $18 million tournament. However, the main event was full of memorable moments. Which were yours? 1. The Cosplayers

Click here for our Cosplay Gallery!
[b]Malystryx:[/b] The cosplay turnout was phenomenal at TI5, even in comparison to ESL One Frankfurt last month, and with less focus on it as a competition, the mood was a little less cut-throat. My favourites were the Shitty wizard cosplay and these two, the clarity potion and the tangoes.
[b]woodshrew:[/b] The cosplayers bring so much to the experience. It's not The International until you see a Crystal Maiden or Tangoes casually walk buy, with a group of fans lined up to take a photo. (Also, where is the Mango man in that photo?)

[b]Malystryx:[/b] The all-star match format has been stale for quite a long time, and Valve's decision to spice things up by inviting ten spectators to join the fray was genius.
[b]woodshrew:[/b] The 10 vs 10 reveal was a bit expected for those inside the arena (why else would there be a row of ASUS laptops on the main stage?). But the image of sweaty Dendi Pudge beside Puppey was just incredible. It reminded me of all the great, gooey memories I had as a Na'Vi fan watching TI3. 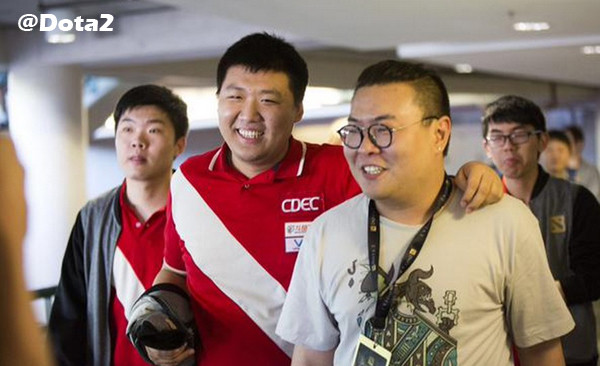 [b]Malystryx:[/b] CDEC's performance, story and upsets made this a TI to remember, turning the tournament on its head. They came so close to finishing what could have been the ultimate underdog story.
[b]woodshrew:[/b] It was tough to watch CDEC take down team after team that I'd followed and cheered for through the year. But there's just something so endearing about Agressif's goofy smile. 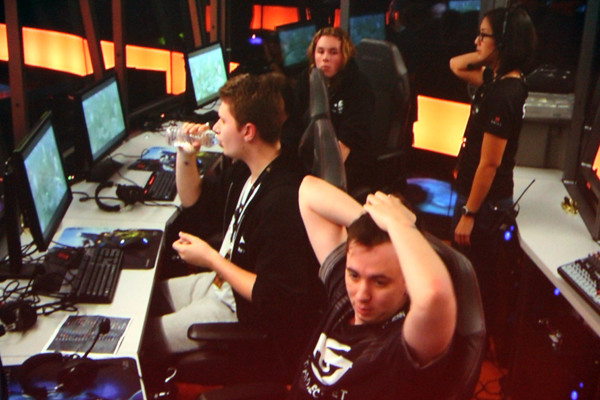 [b]Malystryx:[/b] For me as a spectator I don't think TI5 really began until Secret played EHOME. It was the first match that actually got the crowd going, and also the first match that wasn't plagued by technical difficulties. Much like at ESL ONE Frankfurt, Team Secret got the crowd in a frenzy.
[b]woodshrew:[/b] This series had everything: Arteezy taking over, RotK roars, huge stakes, player drama... truly a memorable scene with so many lead actors. 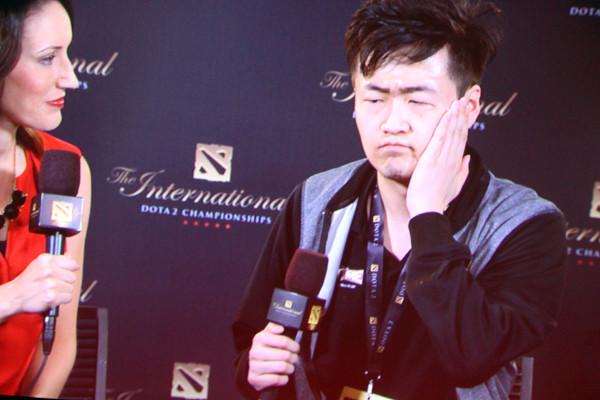 Click here for the YouTube video!
[b]woodshrew:[/b] I probably can't bear watching this interview until next TI. RotK is my hero. Watching him struggle to express himself in English, and then in a flash, show his determination and confidence speaking in Chinese was classic RotK. 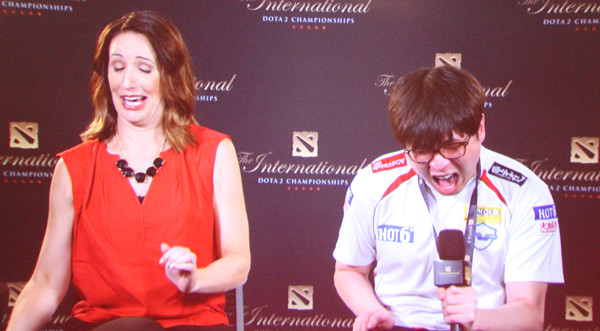 
[b]woodshrew:[/b] This guy tore my heart out as a Cloud9 fan and restored my faith in Vici Gaming as a VG follower. What a cocktail of horrible/beautiful emotions. I'm still trying to understand all the plays he made this game.

[b]woodshrew:[/b] The crowd was incredible. USA! chants were contagious (I was chanting along even as a Canadian). The signs were hilarious. (videos)

10. PPD's expression during the prize ceremony 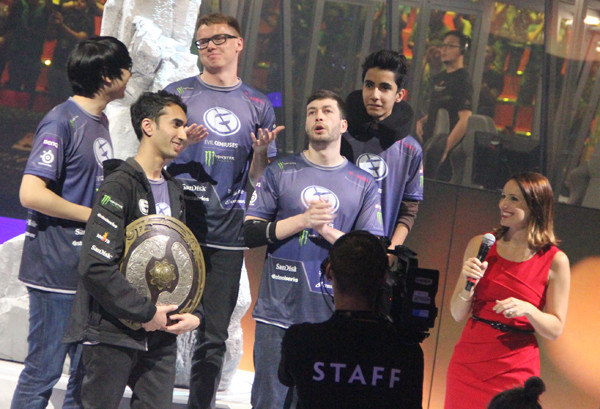