All-Star: A Sweaty DENDI PUDGE appears! 10 lucky fans join in on the action!

posted by woodshrew,
Things are shaking up in Key Arena, and this year's All-Star format! 10 players vs. 10 players in the Reborn client. 10 lucky fans were chosen by the team captains from randomly selected sections in the crowd. But the surprises didn't end there. The last fan selection for Team Chuan, seated beside none other than

Clement 'Puppey' Ivanov was a familiar friend in a fat suit. 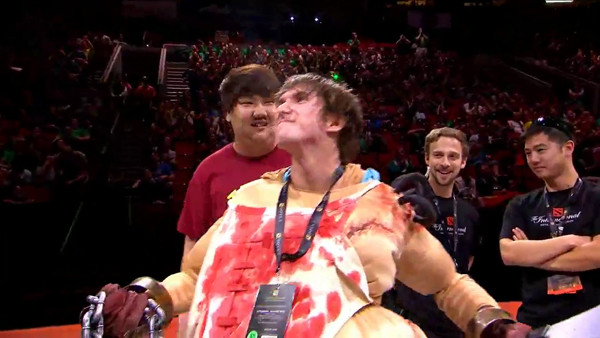 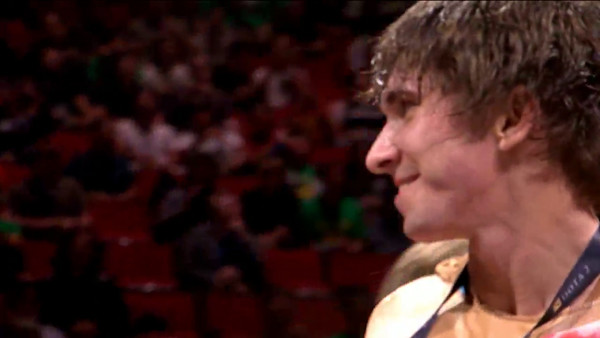 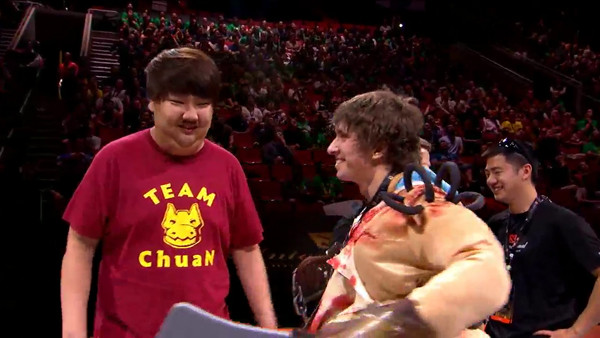 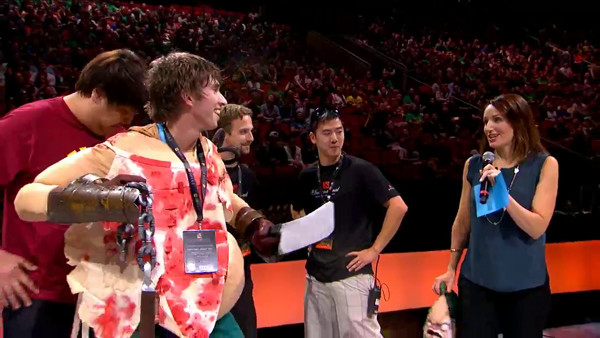 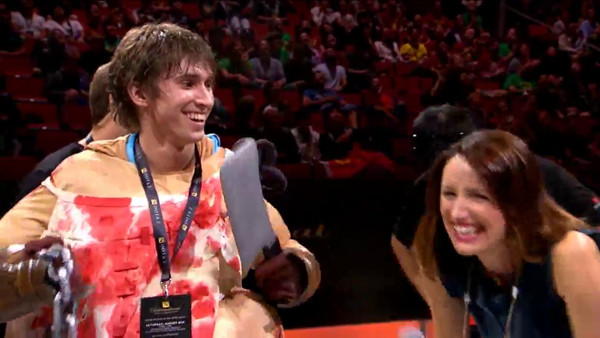 The crowd lost their minds. We'll upload a VOD of the match as soon as its up (we're looking at you, NoobFromUA) and more from Day 4 at The International 2015