Opinion: Why qualifiers for Majors on LAN should be mandatory

posted by ProxyPL,
The International 5 just finished and it was a great event. Nearly all players praised the organisational improvements. However, there is still one thing that needs to change as we step into the next stage of our scene's evolution: Qualifiers. TI qualifiers were held online this year and as we head into the Majors, given just how lucrative TI5 was and potentially how big the majors will be, they should be held on LAN. 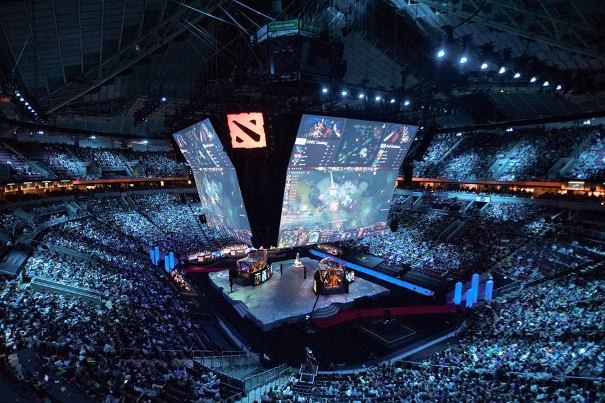 Playing online and playing live are two vastly different experiences. Image: @DOTA2
The International is the tournament that every player aims for. Going to Seattle is a dream for many, and the qualifiers are a chance to make it a reality. It's also a very unique time for fans. Teams that they cheer for are fighting for their chance to play on the biggest stage possible.

With such high stakes, it's essential to have the best conditions possible for the teams participating in the qualifiers. These conditions should be equal for everyone, allowing undoubtedly the best team from the region to emerge. The only way to do that is to hold the qualifiers offline.

A year is an extremely long time in eSports and we shouldn't wait until TI 6 to implement this change. The upcoming Majors will be nothing less than mini-TIs, DAC-like tournaments. As Valve-sponsored events and a new dream for aspiring players, all arguments regarding LAN play for The International qualifiers should apply to them as well.

Why is it so important to have teams play on LAN? During TI qualifiers this year, major disruptions occurred in every single region beside China. It was no coincidence: China was the only part of the world where the qualifiers were played on LAN. Teams from other regions suffered frustration and latency issues, if not outages.

North American Rejects* match. They were caused by

Arif 'MSS' Anwar's problems. We reached out to the player for the full story. You can read it
here.
"Oh man, what a weird series of events that was. So pretty much, when our series vs mouz was supposed to start, my ISP suffered from a power outtage in a huge area around my home. So for the next 30 mins or so I was calling our coach Pandaego and my ISP. My ISP said that my internet would be up by 5 p.m so i had to find a way to play. I told pandaego i could go to my cousin's house and play there so i just packed up my gear and starting running there. My intention was to play on my laptop since my cousin's computer is really bad and I didn't want to risk my trip to Seattle on a bad set up but when i got to my cousin's house, it turned out that i forgot the charger to it at home (ROFL) so i took a cab back home to get it. And of course, when i got back home, my internet was fixed so now I was in a situation where i had internet but i had no gear since i left it at my cousin's house. In the end i just told my cousin to take a cab over to my place with my gear which would take like 10-15 mins and when he came i was ready to play mouz finally. And that whole mess took a good hour and two to happen."

TL;DR: "my ISP suffered from a power outtage" MSS told us. "My ISP said that my internet would be up by 5 p.m so i had to find a way to play. [...] i could go to my cousin's house and play there so i just packed up my gear and starting running there. My intention was to play on my laptop since my cousin's computer is really bad [...] when i got to my cousin's house, it turned out that i forgot the charger to it at home so i took a cab back home to get it. [...] when i got back home, my internet was fixed so now I was in a situation where i had internet but i had no gear since i left it at my cousin's house."

In the end MSS' cousin brought him his gear and he could finally play. However, by that time the damage was done: "I was extremely exhausted both physically and mentally. I was running around back and forth a lot and I was in a state of panic for a really long time. It didn't help that when i came back, we lost all our reserve time and pick priority in the series too. After the first game, I cooled down a bit though."

"Well of course I think as a player, having the qualifier
to the biggest LAN of the year should be on LAN." -MSS
Other regions experienced severe delays in important matchs, like between

Vega Squadron * in Europe. A DDOS attack occured, influencing the latency of NiP and disrupting the flow of the game. In SEA, an internet cable from the apartment that

Rave* played from got damaged by a truck. As a result, the favourites dealt with many problems including unstable connection.

Three different continents and three different problems, same outcome: pauses, disruptions, delays, and the flow of the game being broken. As a result the players, teams, fans and viewers felt robbed, cheated or treated unfairly. Both the victims of the problem and their opponents are frustrated, put in hard position, and thrown off their game. If their qualifiers had been on LAN, most of these issues would be mitigated.

Granted, most problems during this year's qualifiers were unavoidable. They were unpredictable and uncontrollable by players. This made them often panic or just threw them off their A-Game. Skill, not external factors, should determine the qualifier winners for the biggest event of the year.

"Well of course I think as a player, having the qualifier to the biggest LAN of the year should be on LAN. I'm pretty sure the China qualifiers was the only region to not have any problems during the whole thing, since they were the only region to have their qualifiers played on LAN." said MSS, he aslo added that "near unplayable lag was prevalent during the entire series between us and col." "I really think it should not be acceptable to play for the biggest LAN on these kinds of conditions."

Game disruptions are not the only issue. Playing online and playing live are two vastly different experiences. Performing well at an offline event is a learned skill that not everyone possesses. With the Majors being LAN events, it's important for teams to get LAN experience. For new teams, the qualifiers might be their only opportunity to do that.

Another argument for LAN qualifiers is ping. While MSS believes that most factors on LAN play are pretty negligible, "playing on LAN will always be the true test of skill between two teams since all 10 players are playing on the same ping." Having a severe ping disadvantage is a common thing for players from South America as well as from a few countries in South East Asia.

This should be unacceptable when playing for a spot in the biggest tournaments of the year. Players should be able to showcase their full potential and not be limited by latency. Equal conditions are vital in determining the best teams, and no one should suffer because of where they live. 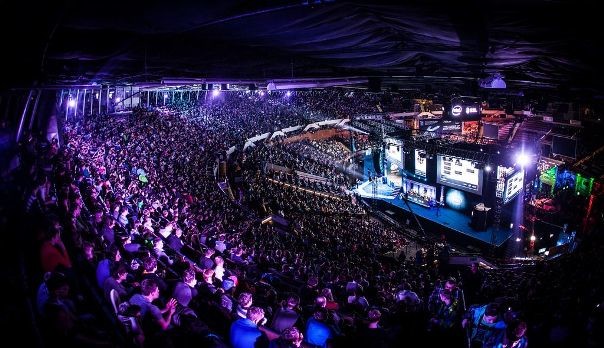 Valve's game CS:GO with way lower prize pools already has LAN qualifiers to their Majors.
Why should Dota 2 be any different? Image: IEM Katowice from naekranie.pl
How could qualifiers on LAN work? Look at how offline qualifiers are done for CS:GO Major in Cologne. An eight to sixteen team LAN qualifier for each region is hosted in that part of the world, providing the same conditions for all teams as well as mitigating potential problems.

What are some problems that could occur with LAN qualifiers? Visa issues come to mind, but with wise location picking and advanced notice to invitees it shouldn't be a problem.

Another obstacle is money. Such qualifiers would be significantly more expensive for Valve to organise compared to an online format. However, a 3rd party organiser would help tackle costs. Even if Valve doesn't want to do that, they earned about $50,000,000 on compendium sales for TI5. Some of that should be reinvested into making better events, especially as all that money was gained from a community that loves to see highly competitive matches.

DDOS attacks could also be present at LAN events. However, they are much more rare in LANs and both teams would be subjected to the same conditions. What is more, tournament organisers have the ability to deal with this issue way more effectively than a team at a remote location.

It will be beneficial for both players and fans if the qualifiers for TI, as well as all Majors, were played on LAN. Not only would it avoid most outage problems, but would also allow competitors to fully showcase their skills. Finally, it would also be a way highlight the most important Dota 2 tournaments.