No Alliance at The International 2015! Na'Vi and 4ASC top groups

Alliance, by many considered the top pick to win the qualifier, has failed to make it out of their group. Instead

Natus Vincere meanwhile have managed to win their group despite a questionable opening game. Who will survive the playoffs? Could another TI winner fail to qualify? 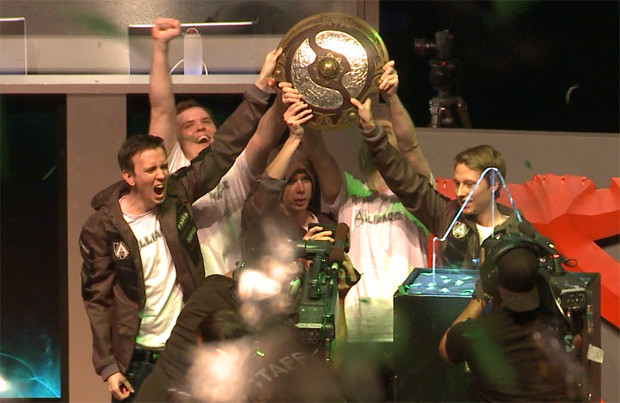 Loda, AdmiralBulldog and Akke who won TI3 with Alliance failed to qualify for TI5 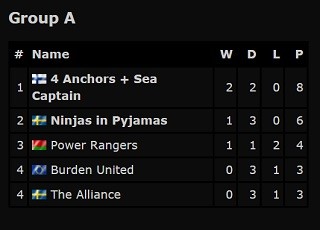 This International will be the first without all former champions present, as pre-qualifier favourites Alliance have been knocked out. They had a rough opening day with three draws against NiP, BU and 4ASC.

Day two would be tougher still. With only one match remaining against what was likely considered one of the weakest opponents in the group,

Power Rangers*, many fans still had something to be optimistic about.

NiP still had to play two match-ups and if they lost even one game, Alliance would have at least been in tiebreakers. Of course if they win their last match. However, things were not to be for the Swedes as PR put in two fantastic performances.

In the first game, PR came out with unusual picks such as Alchemist and Weaver and managed to accumulate a huge lead. Despite some overextending during a base siege, granting Alliance a 5000 gold swing, PR managed to finish it out.

In game 2 Alliance, despite PR being outdrafted with lots of counters to their Huskar and few answers for Alliance's Broodmother, once again couldn't find the win, likely feeling demoralised knowing they could no longer qualify.

Feels weird to not be able to go to TI this year but wp by the other teams! Time to look at cat pics to cheer up.. ^^ pic.twitter.com/FM5jWVnhIX— Joakim Akterhall (@FollowAkke) May 30, 2015

Coming in to the qualifiers there were some questions about their strength due to some recent losses. NiP turned things around today. After draws against Alliance and Burden United, they were on the bubble. With two matches left, however, they were still firmly in control of their own destiny, and it showed...

The Swedish squad was to face PR first and treated them like punching bags. With a scoreboard that read 0 - 12 at one point there wasn't enough power in these rangers. In game two Pyjamas once again proved exactly the armor the ninjas needed with

Linus 'Limmp' Blomdin going completely out of control on Templar Assasin. In their last match NiP only managed to find a draw, meaning they finished second.

4ASC were considered a dark horse before the tournament according to most caster predictions, proved black beauty can certainly run. Leading the group after day one, they needed few points to stay afloat. This boat was after more than just floating though as they convincingly sped past BU in a 2-0 win. With a substanial lead now accumulated, all they needed was one final point against NiP to top the group.


Return of the Na'Vi 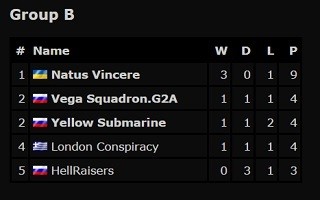 Natus Vincere style they lost the first match-up of the tournament. Also in typical Na'Vi style they came back by winning two BO2 with some unbelievable games. If you didn't see them go watch... if you did see them you probably want to go watch them again.

The Ukrainians were almost a sure bet to advance coming in to day two. But with only one match-up against open qualify winner

Yellow Submarine, who had already pulled off some amazing upsets, things could go wrong.

However, bumblebee coloured former TI champions, finished off YES in one of the fastest games of all qualifiers; 17 minutes. In game two YES at the very least aimed to please spectators with a Pudge pick, but picking it into the most famous pudge player of all time, ended up costing YES.

The second spot in group B is still to be decided.

Vega Squadron *, who had one of the best scores coming into the qualifiers only managed a single point on day one, but struck back today.

NoOne played absolutely phenomenal on Queen of Pain, screaming as many as 19 heroes to their death, while elluding the reaper herself the entire game. Looking to better game one Vega picked her again. Despite only managing 11 kills this time, Vega still dunked an easy victory.

However, if the second spot in this group will go to another CIS team is still unsure. Vegas second match, to be played against

London Conspiracy* was postponed and will be played tomorrow.

The Greeks took a surprising victory against Na'Vi on day one, and with a second point against

HellRaisers today, they're tied with Vega. The winner of tommorows match will move on to the playoffs while the loser will go home.