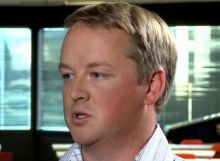 Every week the community turns it's eyes towards the DOTA 2 blog to see what news is released from the Valve office, but some things require us to go to the top to find the answers we seek. Erik Johnson (Valves Market Director of Operations) was kind enough to spare some time to answer the questions which have been on the minds of not only the joinDOTA community, but the world of DOTA. We have split the Interview into the two important topics, the first being the upcomming 'DOTA 2 International', the next being the future of all things DOTA 2 and the key factors in making DOTA 2 the most successful game in the world of eSports.

[B]
[color=#ccaa77]The DOTA2 International
[/color][/B]
[B]As you are aware recently news sites all over the world started talking about Seattle being confirmed as the location of the next international which you confirmed. The big question is will the International be a stand alone event or are there plans to tie it into an event in Seattle?[/B]

We're spending a bunch of time right now looking at what would be a good venue for The International. The one thing we know for sure is that it will be in Seattle. Making it so everyone at Valve can be involved in the event is really useful, even for things like helping competitors get visas into the United States vs other countries. Like last year, we’ll be covering all of the costs for the teams and players to make their way to the event.

[B]With PAX being the largest convention in Seattle at the rough time of the International (set for the labour day weekend, Aug 31 - Sep 2) alot of us are putting that at the top of our guess list. Is there a short list of places you are looking at?[/B]

That is a good guess, but nothing is finalized just yet.

[B]The last international we saw a prize pool of 1.6 million dollars, are you looking to create the same prize pool?[/B]

[B]The size of the prize pool was discussed by every eSports community, with many talking about the negitive impacts it could have on the growth of eSports. What was Valve's reasoning behind a 1.6million prize pool for a community that had only had $50,000 as it's highest prize pool?[/B]

If you look at any major sport around the world that has an audience of similar size to Dota's you'll find that those at the very top in terms of skill tend to make a lot of money. Frankly, we think the teams represented at The International deserve this kind of money for what they do. We all know how hard it is to master Dota. 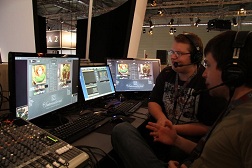 [B]Last years International was streamed using the ingame feature "DOTA TV", this year are their plans to increase the level of production at the event itself?[/B]

Last year's event was mostly about us learning how to run an event, from a software and a production point of view. We all had huge lists of things coming out of the event that we thought we could improve upon this year, and we're all really excited to see how it plays out.

[B]League of Legends have announced a very large sum of money being invested into competitions for the whole year, was there a reason why Valve decided to invest the money into one big event for a year, and not into a series of leagues and competitions?[/B]

We have a lot of ideas we've kicked around internally, but right now we are just focused on The International. We don't think the two are mutually exclusive, so while we are going to host a large event each year with the best teams from around the world, that doesn't preclude us from participating in smaller events throughout the year.

[B]Riot and S2 Games have sponsored alot of their own tournaments, in fact Riot does all of their own stuff where S2 does their own and supports other organisers, in what way would you want Valve to be involved in those 'smaller events' you just mentioned?[/B]

Outside of the game, to be honest, we still feel like we have a lot to learn. Last year's event taught a bunch, and we anticipate this year's event will do the same.

[B]This year there are alot of teams hoping to be selected for the event, what would be your advice to those hopeful teams? What is the method of selection?[/B]

The best advice I would have for teams hoping to get an invite for The International is to play in Dota tournaments and perform well. We've all been watching every tournament that we find internally, looking for what teams we think should be invited.


[B]
The Future of DOTA2
[/B]
[B]As the rumours fly about the opening of the BETA, and the release of DOTA2, speaking as a man that runs on 'Valve Time' would you have a time frame for both these events? And do you plan them to be linked into things such as the International?[/B]

The gating factor on getting everyone playing Dota 2 right now is mostly about us having enough server capacity to support the Dota audience. Our release date is not tied to The International, but we do have a goal of everyone being able to view the matches live inside the game.

[B]With the release of the screen shots of the ingame store of DOTA2 many have discussed if this is just a cosmetic option or a path to the game being 'Free to play', have valved decided on a strategy for DOTA2?[/B]

We do not have anything to announce on this front. We're still working on it.

[B]WC3 DOTA is still the prominent game in China with most players awaiting the time when DOTA2 becomes available to them, what plans do Valve have for distrubution and supporting the community in china and their transition to DOTA2?[/B]

China is the largest Dota audience in the world, and we want to make sure that they, like everyone else, are there as Dota moves forward. There are some challenges that are unique to China, but we are actively working on them.

[B]Groups like Garena currently offer a LAN service in SEA for Heroes of Newerth and League of Legends players. Are you planning on offering a similar feature?[/B]

[B]Dota 2 will have LAN mode[/B]. There are some systems that LAN mode requires that we haven't finished yet, mainly because we've been focused on matchmaking. We know how important this feature is for the community.

[I]LAN feature coming to your local store near you?[/I]
[B]A topic which is coming up alot when it comes to the tournaments is the issue with latency, where a 250-300ping will give you a 0.5 second delay. Does Valve see or is working on a solution to this problem?[/B]

[B]One of the most enjoyable parts of Warcraft 3 were their custom maps, will there be a way that people can modify DOTA 2 to make all the mini games of old and something new as well?[/B]

We have a long history supporting the mod community around our own games, so we'd like to continue that with Dota 2.

It has been really fun watching The Defense internally while building the game, along with all of the other recent Dota 2 tournaments. It has also been great hearing you co-commentate with professional players who are also competing in the tournament. Getting to hear what they would be thinking if they were playing is really interesting to us as fans.

While there are many things in this interview that people will rejoice about, the biggest group of countries celebrating would have to be South East Asia and China due to the announcement of a LAN mode being included in DOTA 2. This was a vital component to the massive communities in the LAN centres to be able to access the game, and to ensure competition can run without the risk of a low end internet line bringing the event to a hault.

On behalf of joinDOTA and it's community I extend a thankyou to Erik Johnson and Valve for listening to the community and taking the time to share what is happening behind the scenes at Valve.