Black^ and Rabbit in danger, iG.Burning?

posted by Malystryx.GDS,
Amidst the hype of Team Secret's unbeaten run in the DAC groupstage, Puppey has also added more fuel to the Black^ kick rumour, commenting there is a "conflict" within Vici Gaming, as well mentioning Rabbit may leave Newbee. He also predicted these changes will cause a chain reaction in the Chinese scene, an unavoidable domino effect. 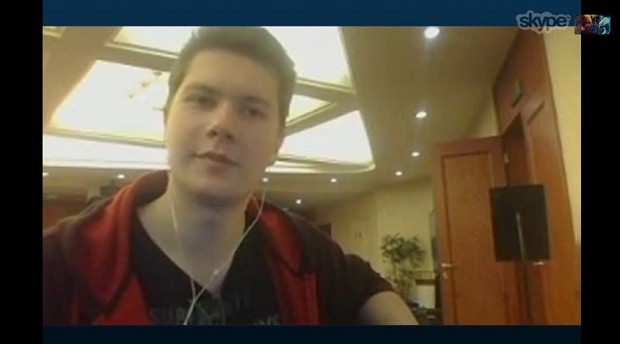 Chinese players' minds focused elsewhere
After the pleasantries were put aside v1lat got into into the nitty gritty during his seemingly casual skype call (in Russian) with the Team Secret captain. "Lots of us in the CIS in Russia are thinking that at this tournament you can see that Chinese DOTA in many respects is already western. Is that what you think?", asked v1lat.

"At the moment… maybe," replied Puppey. "Perhaps all the teams that are playing in China at the moment they haven’t done their reshuffles. They will do their reshuffle after this tournament. We all know that some players will be ‘kicked’. Perhaps you know that Rabbit might be kicked out of Newbee."

"These sort of things the same thing there is a sort of chain reaction, domino effect," said Puppey. "Burning is going to iG, we are taking on two new players. Then Cloud9 draws some conclusions and they make changes. And so all the players are thinking about this, about what might happen after this tournament. After this competition is a bad mentality." 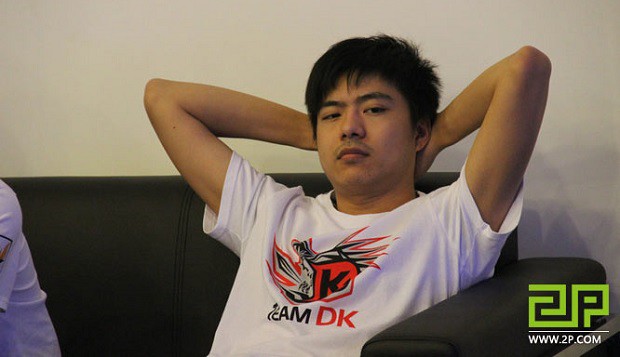 v1lat and Puppey agree on BurNing to iG, but would he be the only one? - Image from 2P

"Our team with the EG players we have got – we are going to play with them internationally. So we have a lot of time just to think about the games and about winning. But the Chinese teams are perhaps thinking about reshuffling now. Even if they are thinking about that for just 10-20 percent of the time that is enough to lose."

Newbee are definitely the prime example of such a phenomenon, with the team eliminated after finishing joint last in the groupstage alongside MVP.Phoenix. Rabbit's removal from Newbee seems likely given his recent performances, but the return of Burning - again, to iG of all places is a curious revelation. With Xiao8 also mentioning his interest in returning to competition, we could be about to witness the birth of another superpower. However, if iG is BurNing's destination, will he be the only new addition? 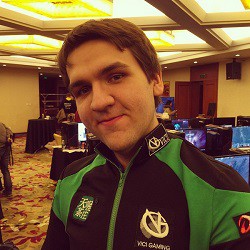 Black^ kick rumours continue -
"If they find a better player than Black. Black is basically a very good player. But we all know how he… maybe we don’t all know… all professional players know how he thinks. He plays really well and he is getting better every day.

"We can’t understand it. Black says this works too. They understand that it works, but they don’t want to do things that way. So there is some sort of conflict… You just don’t feel good if you are playing in a line-up and you're not sure it will work.

Black^ was of course not part of the Vici Gaming roster that reached the Grand Finals of TI4, but he was part of the line-up that won ESL One New York and the Summit 2, and has played a big role in helping increase the team's media presence in the West along with team-mate Daryl "iceiceice" Koh Pei Xiang. All eyes turn to the remainder of the DAC but if Puppey is right, the rosters of the Chinese teams are about to change, one by one by one.

Special thanks to Russell Phillips for the Russian translation for joinDOTA.

Lawrence Phillips, joinDOTA's Editor-in-Chief.Malystryx has been in eSports since 2004 working as eSports Editor for Razer and was Editor-in-Chief of SK Gaming in its glory days. He misses the days of Warcraft3 but makes do with the world of DOTA 2, although he recently got mesmerised by Hearthstone. Location: Bristol, UKFollow him on @MalystryxGDS.