Tobi: I am there to create hype

posted by Blue_Knight,
joinDOTA's very own and much loved shoutcaster sits down with the guys over at PolarfluKe, and shares his thoughts on his career in eSports. 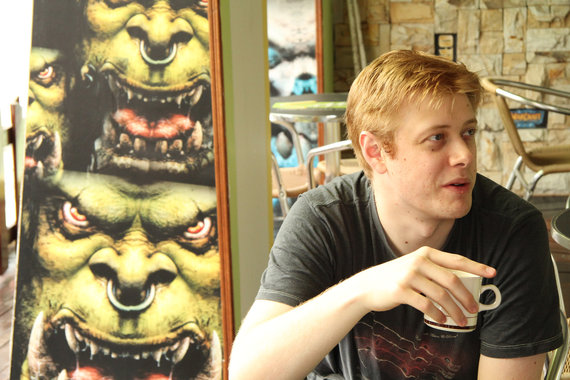 [B]Toby 'TobiWanKenobi' Dawson[/B] shares with us his feelings about his shoutcasting, tells us about his gaming history, and gives us an insight into the great effort he puts in to bring us all top quality coverage of competitive Dota 2 action.


[B]As a child everyone clamours to get a chance at the latest game. How did you get introduced into gaming and then eSports?[/B]

Getting introduced into gaming was something that happened slowly for me. My parents were not very into the whole gaming thing and were generally against it, it was more of a reward instead of an activity to do. I first started gaming with my cousins on the Nintendo 64 and then a very old computer but I never really started getting into the world of gaming till I turned twenty. So not real that long ago, played with a couple of mates from university in a Call of Duty clan and then in a Battlefield clan with one of my cousins and then after that the gaming just kept on going.

[B]You are a pretty famous, if not the most famous Dota 2 caster. How did you get into casting?[/B]

I got into casting when I was playing Call of Duty United Offensive back when I used to play CTF (Capture the Flag) which was great but the community was starting to get smaller and smaller and because of that I got really depressed. There was a guy called Sam who a lot of people know as Dement down in Australia and he suggested that we get this group called GameStar to broadcast the matches so we can get a little more interest and hype about it. GameStar refused so I was like "I will just do it myself" and I started my own group called United Offensive Talkers, the worst name ever in history, and that is how I became a commentator. It has always been my philosophy when I cast that I am there to create hype and create interest in games which is the original reason why I wanted to do it. And for a new game like Dota 2 it is a really good reason as well.


[B]You cast almost every day with insanely long hours to the point you wore sunglasses to hide the bags under your eyes. This obviously has a toll on you, how do you handle it?[/B]

We are doing this interview on what was my fifteenth day straight of casting after I finally said “no no no I need a break”. As far as casting goes it is really draining as all the people who watch my stream can see the energy I like to put into my broadcast, I get excited by the game and I cannot help that, it just happens. But it just drains your body a lot, every single broadcast. But you just keep on doing it and as long as I have Dota 2 and the energy to cast. The game excites me to the point that I could cast for 48 hours straight and I would not really start to feel the effects of it until my body starts to crash. So as far as broadcasting long hours and days goes it is not as hard as it seems. It probably is worse on my body then it actually feels, and the bags under my eyes come from the lack of sleep because I am so excited after a broadcast that my brain does not want to sleep. The long hours drain you but it is also very exhilarating to do it.

[B]
Read the complete interview here
[/B]