posted by ProxyPL,
It appears the third team that was part of the great reshuffle –

Cloud 9 has finished out their roster. This information was leaked during one of

Jacky "EternaLEnVy" Mao's streams and has been confirmed as C9 has used the new squad during the DAC qualifiers. The original member of the team

Johan "pieliedie" Åström will most likely no longer be a part of C9.

Image by iamshockWave
During Envy's stream his skype was shown, you could see

Johan "BigDaddy" Sundstein to a skype group and asking if they need any new gear. This appears to confirm rumors that C9 have a new support duo in Misery and BigDaddy.

What is more, Cloud 9 took part in the American DAC qualifiers today using this roster and with great success as they very convincingly took down

FIRE. The 13 min win over FIRE can be watched here. Envy and crew are now waiting for their opponents in the Grand Final of the qualifiers with one game advantage.

Evil Geniuses the fate of

Johan "pieliedie" Åström is more uncertain, as it appears he was dropped from the squad. However, former

Steve "Excalibur" Ye and pieliedie. Nothing yet is confirmed as "It's still off topic. It's to see how things workout". If the team sticks together there is a possiblity they may be picked up by fnatic as the lineup holds two of their-ex players and a former standin.

Is the new Cloud 9 roster stronger? 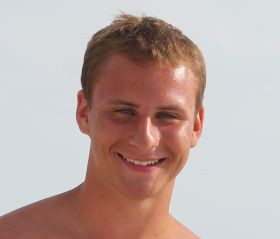