Fear returns to the EG roster

posted by Meliora.Infinitum,
Just moments ago

Evil Geniuses announced the long-awaited return of a Dota veteran

Clinton "Fear" Loomis into active duty as the fifth member of the roster. Many had already put one and one together as

EG parted ways with Mason almost a month ago, but we now finally have the confirmation on the matter. 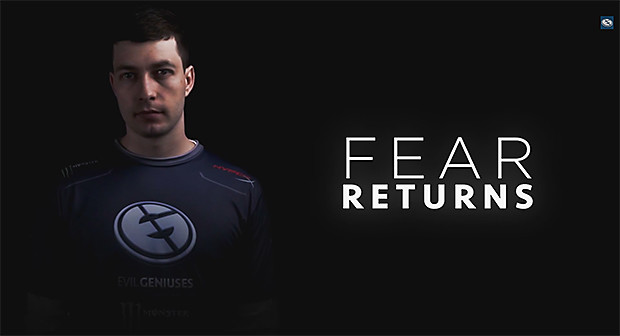 Mason "mason" Venne was brought in to take his place in the competitions that followed. Fear remained an active part of team

EG as their coach and always showed eagerness to step back into the fray as soon as his arm had fully healed. Now

Evil Geniuses have officially announced the return of a Dota legend we’ve all grown fond of. Fear will round up the new (old) five-man roster of team

Evil Geniuses, which will test its strength in the Megafon Battle Arena in just two days’ time.