End of a legend: LaNm retires

posted by SohNata,
After being heavily rumoured throughout the event,

Zhicheng 'LaNm' Zhang has made it official that The International 2014 was his last tournament as a player. Retiring after [color=gold]

DK's[/color] fourth place finish, it brings a close to an illustrious career of an excellent support player.
With DK, the last year was the most exciting in the first half of my life. (Shoutout) to my most trusted carry, the two strongest solos and my understanding partner, coach and fans: Thank you for accompanying me to the end of my career. @BurNIng @DK_iceiceice @Mushi @Pennytang. The recent news were false, and after I return home I am willing to share the wonderful year We've had in DK with all of the supportive and loving DK fans. 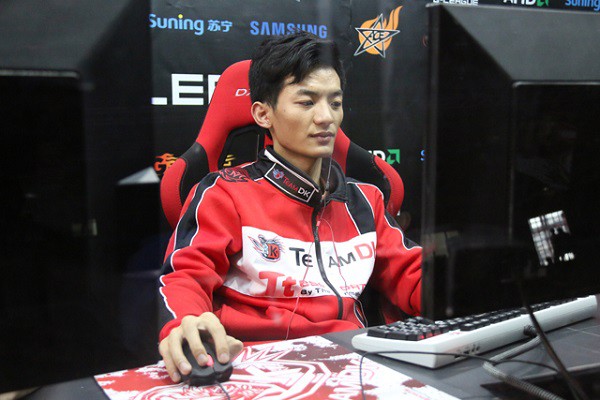 Those were the words that confirmed his retirement, with Zhang appearing to be in good spirits and bearing no ill will towards his fellow players. His departure from the competitive scene will at least come after one of his most successful years, in which [color=gold]

DK[/color] claimed eight different tournament victories, including lucrative scores in WPC-ACE, SLTV StarSeries S9 and G-League, as well as his share of $819,333 for reaching fourth at The International 2014. LaNm discussed potential retirement earlier in the event, which you can see in the video below (Turn subtitles on!)

Widely regarded as one of the best supports in not only China but the whole world, he was known for an incredibly broad variety of supporting heroes he could play to a high standard. Unlike many supports though, he was able to make plays at crucial moments, including the double Echo Slam against

Cloud9 at MLG Columbus which has made its way onto many highlight reels. [color=gold]

DK[/color] will now face the unenviable task of finding a replacement, while the future is unknown for LaNm - coaching offers will surely be on the table, or he may follow

Whatever happens next though, we should all take time to appreciate LaNm's career, and celebrate his status as one of the best supports in the world.