posted by Malystryx.GDS,
BeyondTheSummit has posted up their brilliant yet slightly ridiculous stretch goals for their offline LAN finals The Summit. Stretch goals include Dendi playing table tennis, an inflatable pool party, a Pudge Wars allstar match and Merlini interviewing your favourite players... from his tub. 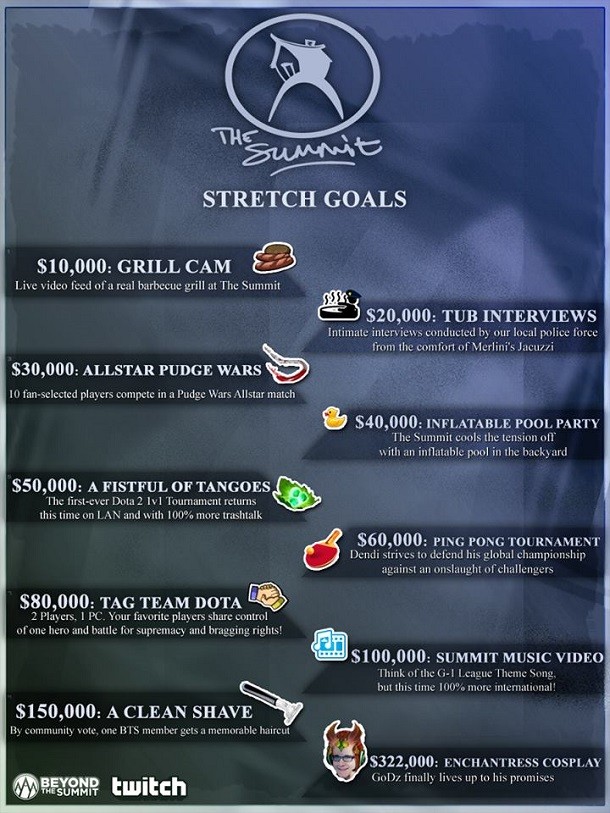 Players are going to be hanging out, relaxing with their own peers at our house, and generally chilling at the BTS house. The bulk of our goals are designed to give viewers more opportunities to enjoy that casual, fun atmosphere.
David "LD" Gorman

Which stretch goal tickles your fancy?