posted by Malystryx.GDS,
The bout between Team DK and Team EG was set to be a cracker, with both teams undefeated so far in the StarLadder IX LAN Finals. Catch up with what you missed and share your thoughts between games in our live blog. *update* The match has now finished. 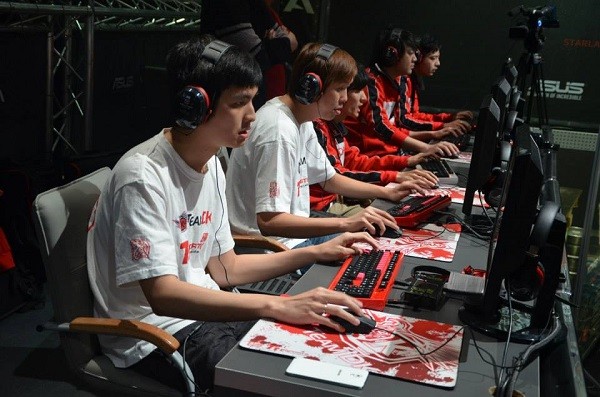 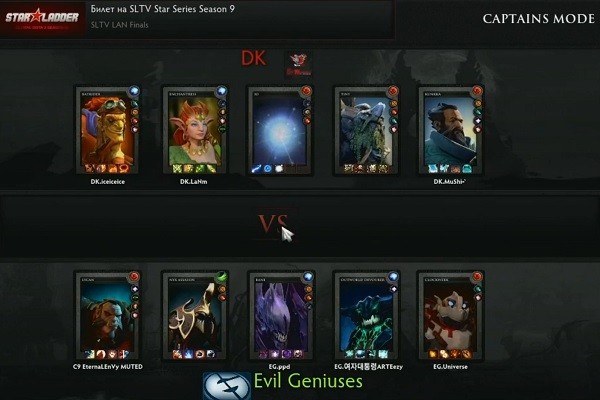 02:00 - First blood for Team DK early an early smoke by LanM's Enchantress top, combining with Tiny and Wisp to kill off Universe's Clockwerk on the top lane. 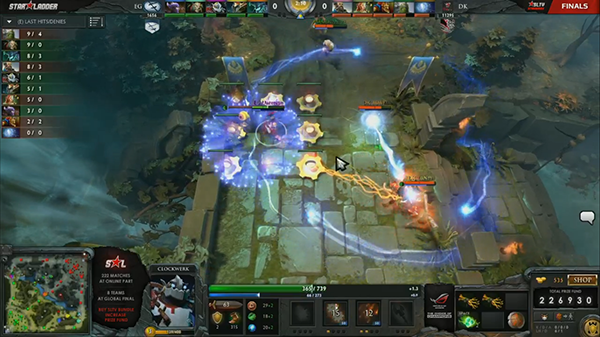 08:00 Slip by Arteezy on Outworld Devourer casting astral imprisonment on himself with Mushi reacting quickly and sending in his Ghost Ship. Arteezy jukes the ship but still takes damage from Mushi and falls on the slope near his tier 1. PPD arrives as Bane but also gets sliced and diced by Kunkka, double kill for Mushi mid lane. 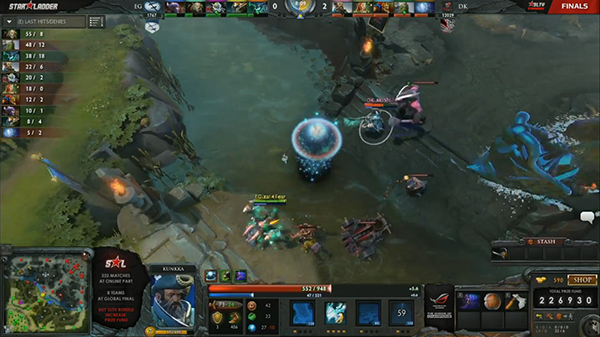 Arteezy imprisonment on himself was costly

13:00 A slight misjudgement combining X marks and the spot and Ghost ship sees Mushi fail to setup the kill on EternalEnvy's Lycanthrope, but DK's Bat rider comes in to Lasso him and take him down. Top Lane MMY's Wisp now level 8 and leaves Tiny behind to deal with Clockwerk by himself, with Universe dying for the third time in the game. 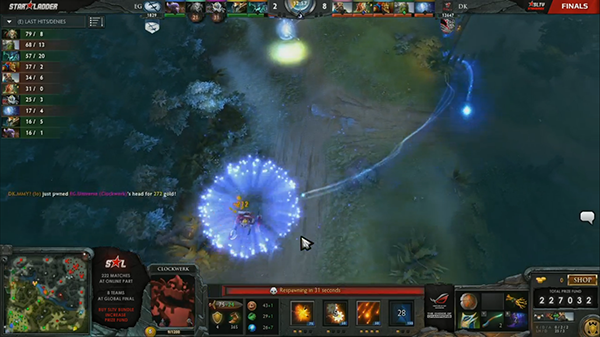 15:30 EternalEnvy sees a window of opportunity and sneaks in a quick Roshan, picking up Aegis and tping out just miliseconds before IceiCeiCe's Bat Rider arrived in the pit. Excellent decision making by EE-sama.

18:00 DK's Wisp and Tiny take down their second tier1 of the game, EG are under extreme pressure, unable to get room to breathe. 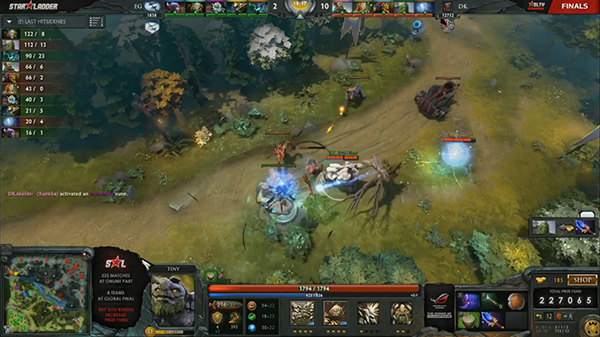 Tiny and Io take down their second tier 1

24:00 Arteezy 0-4-1 on Outworld Destroyer, Team DK rolling as a unit allowing him zero farm and the talisman of EG is under-farmed and under-levelled. EternalEnvy highest networth for his team with 11.5K, 2nd overall behind BurNing's Tiny at 14K.

26:00 BurNing's Tiny finishes his Assault Cuirass, with Sceptre, Drums, Yasha and Phase boots also in his inventory. He joins his team-mates at Roshan a minute later and Tiny picks up Aegis. Team DK have a 13k gold and 12k experience at this point, 14-4 overall. 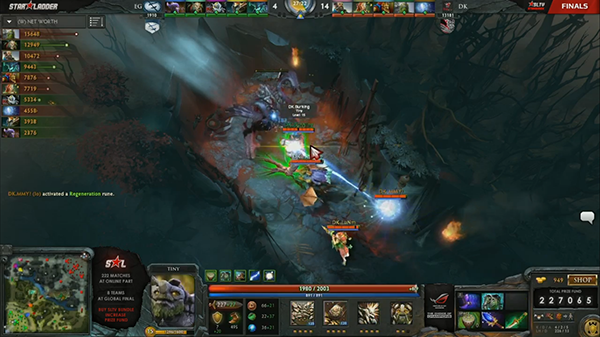 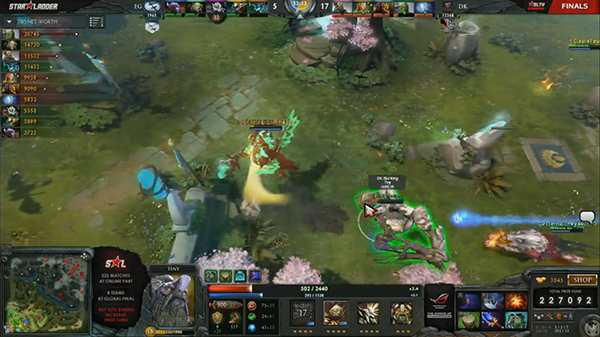 32:00 Team DK return at bottom lane tier3, with EternalEnvy trying his best to go for LanM's Enchantress but with his team just being beaten down so badly there was only so much he could do. BurNing dives past tier3 to go for Arteezy who falls, Tiny dies but has Aegis. Team EG calls GG. Team DK play almost flawlessly, on stream Team EG look devastated. 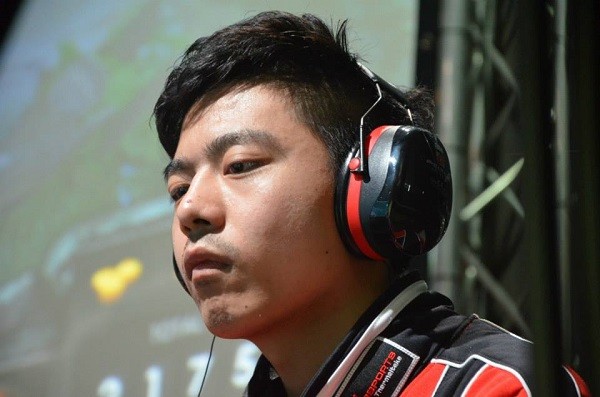 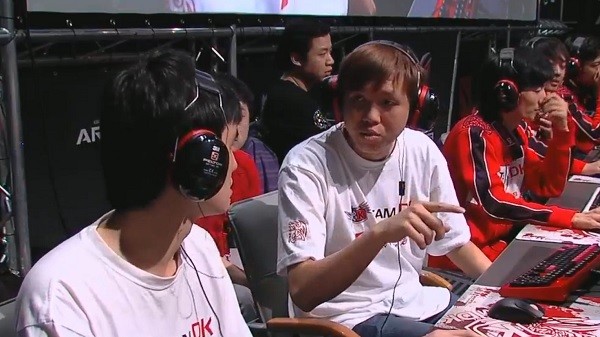 iceIceIce and Mushi iron out their strat post-draft

05:00 MMY's Wisp supporting BurNing once again mid-lane, Burning on Morphling this game. Arteezy aggressive play as Ember does help to get a kill on Wisp middle. 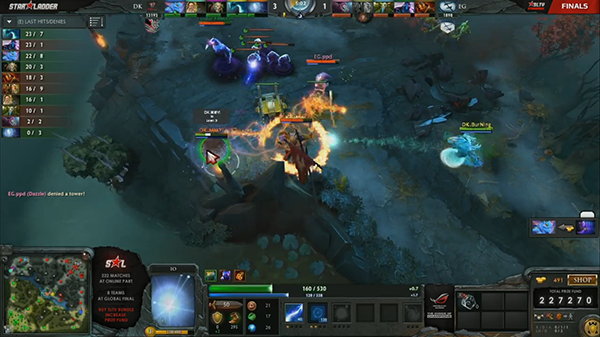 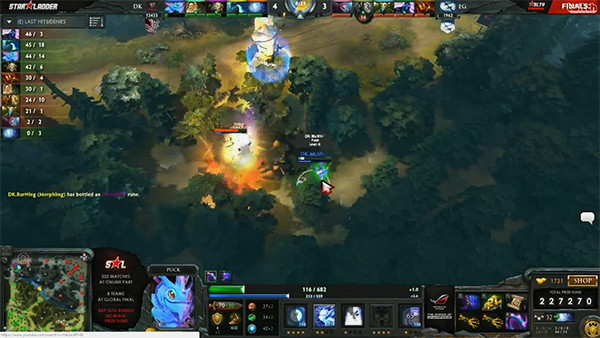 13:00 BurNing's Morph split pushing well with LanM's Keeper of the Light, coupled with Puck and Wisp's Relocate, Team EG are stretched across the map. Gank on BurNing failed as he strength morphs and EG without the damage output.

15:00 EG catch a break finding Team DK near ROshan killing off Wisp and Puck but unable to scathe the rest of Team DK, with PPD's shallow grave helping EternalEnvy to TP away. PPD's Dazzle easy pickings thid game, with his networth at 0.5k. 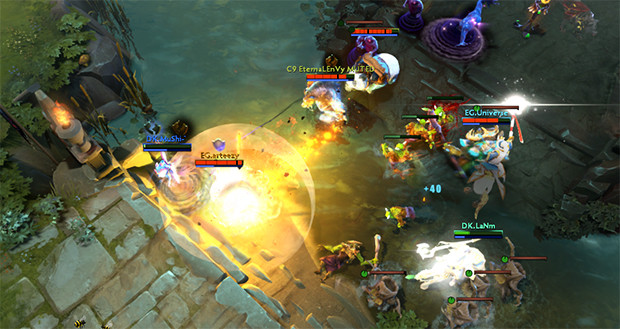 EG turn on Mushi, first big break of the game

18:00Team EG finally catch a break with a great team fight, killing three of Team DK, a tower and getting ROshan. Scoreboard tied at 12-12. 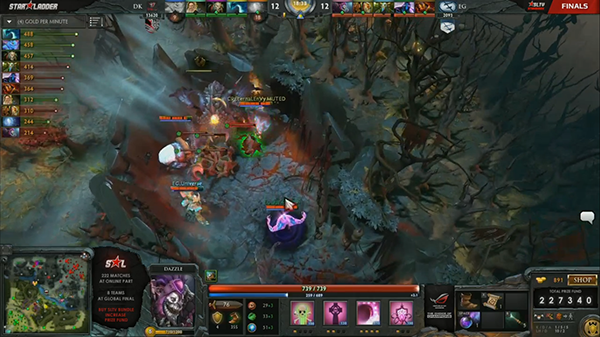 21:00 Team EG continue the momentum getting a Lycan kill thanks to first hit root from LoneDruid's bear. EG continue on to push bottom tier 2 of DK successfully. Extremely messy fight after the tier2 falls, with EG losing their aegis as well as four heroes. Zai's Enigma only catching one DK player in his Blackhole with the ulti soon being cancelled by DK. EternalEnvy manages to TP out just in time, Lycan proving too much for him. 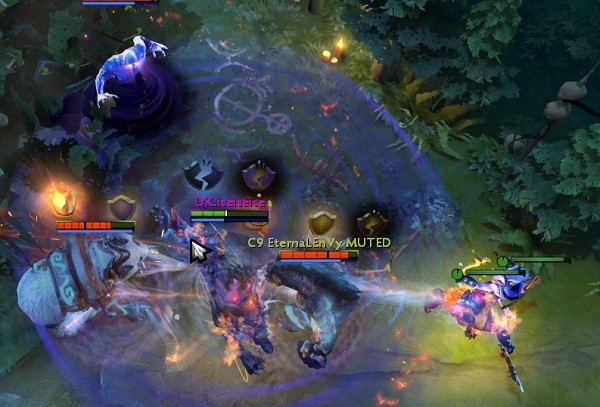 30:00 DK go for Roshan and take it uncontested with Team EG afraid to leave the safety of their own base. Team DK then come back into EG's base with a Hex on Dazzle followed by Morphling damage sees him fall instantly. Morph then wipes out Ember Spirit, Lone Druid and Furion and then gets the Rampage. Game over for EG.