posted by SohNata,
The opening match of the Starladder IX Winner's Bracket is in the books after a brutal couple of games. Some heavy chaos ensued, including DK busting out the support Meepo and a Blink Clinkz, while iG would have some of the finest push heroes in Naga Siren and Tinker. This promised to be an exciting matchup between

Invictus Gaming, established as the behemoths of Chinese Dota. Both teams have also been engaging in a healthy rivalary in recent months, meeting in the finals of many major tournaments in the East.


What seemed to be a fairly standard draft suddenly had the crowd in Kiev roaring in approval as DK opted to not only draft Clinkz but a support Meepo, which iG could not possibly have seen coming. It could have been seen as risky considering the last time they picked it, they fell to a loss against LGD.cn. BurNIng would pick up the bone fletcher, aiming to show what he had learned from EternalEnvy way back at MLG Columbus - he would go the 'Blinkz' route. 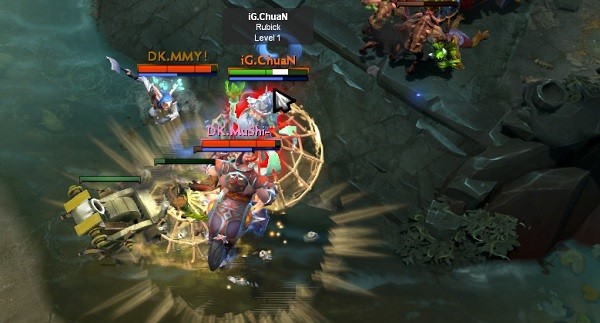 Chuan gets ganged up on to give away first blood.

Despite those picks though, the early game was dominated by the SEA Superstars, iceiceice (Invoker) and Mushi (Centaur Warrunner) who would terrorise iG during the entirety of the match, beginning with the first blood scored on Chuan (Rubick), who found himself out of position and punished heavily for it. Invictus fired back though, with Ferrari_430 (Storm Spirit) getting a kill on Invoker, as Luo (Naga Siren) was able to escape after using the song with just 9 hit points remaining. However, that would be the high point for iG.

The combination of the Centaur stomp/double edge and the Invoker Sunstrike began to secure kill after kill on supports and carries all over the map, proving too much burst damage to cope with, especially when Clinkz was in on the act as well, allowing DK to pull well ahead. This would be the pattern of play for the majority of the mid-game, with DK finding kills on all of iG's heroes, meaning Storm Spirit became increasingly less of a factor and leaving the majority of responsibility on the shoulders of Luo and his Naga Siren. 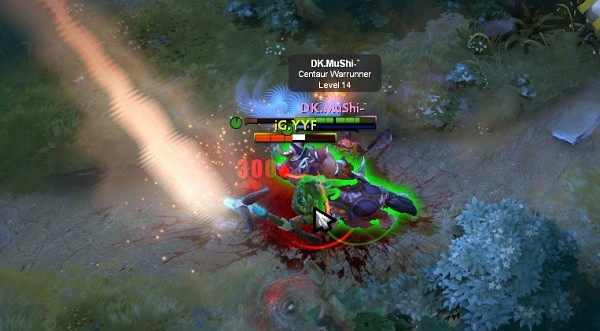 Being stomped by centaur is something iG would experience throughout the series.

DK smelt blood in the water however and rapidly moved in for the kill. The mauruading Mushi found a blink kill on YYF and iG decided to flood in, as did their opponents. Slaughter ensued. The raw damage output from DK was too hot to handle, with Luo unable to even get off the song before being killed. Despite having been out of the spotlight most of the game, the highground push was where Meepo began to shine, tanking up so much damage and Poofing life totals down to nothing, before a fantastic Shallow Grave by LaNm saved him. Burning went Godlike as iG were routed and the ancient fell.


The draft coming out of Invictus Gaming was certainly curious this time around, as they opted to let DK have their lethal Centaur/Invoker combination yet again, despite the fact it had torn them apart in the previous match. Not only that, but they brought out two very unusual picks - handing Luo an Axe while Ferrari_430 has going to be on the Tinker. However, DK getting Mirana and Shadow Demon would also prove lethal in setting up ganks. Much like the first game, DK would get first blood with the synergies between Disruption, Centaur Stomp and Sunstrike dealing out insane amounts of damage - repeating the trick a little later to bring down the Axe twice soon after. iG were able to fight back a little however, taking a very early four minute tower. 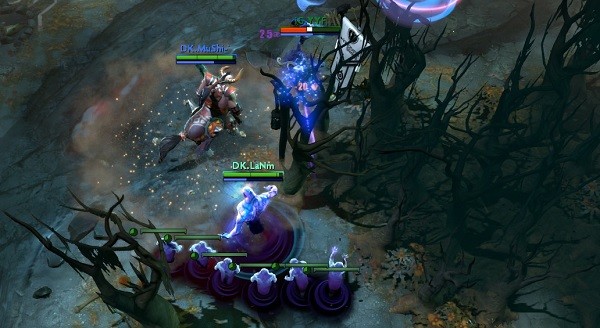 DK wasted no time in getting first blood in Game two.

Mushi however, was clearly ready to show why he has a reputation as one of the finest players in the game today, finding kills all across the map and just balling way out of control with an eight minute blink dagger - on the other hand, iG were struggling to even get a gank on a Shadow Demon, MMY using Disruption perfectly to escape Luo and his Axe. DK would continue the momentum, finding the easy stun/sunstrikes and Centaur pick offs all over the map. The one time it looked like iG may get a good trade, they got shut down hard - they'd found a big set of kills on LaNm, MMY and Mushi, but iceiceice sunstruck one and solo killed another to restore the balance for his team. 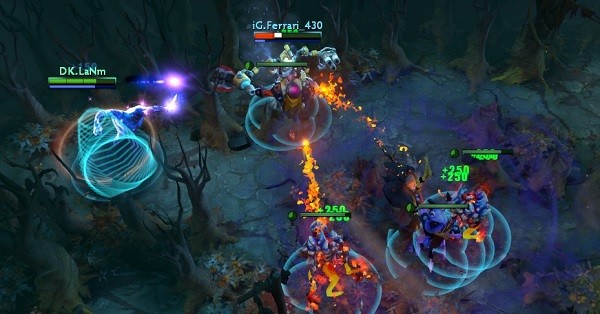 It's always safe in the trees until somebody destroys all the trees.

DK's triple blink line up and high mobility, much like the first game meant they could turn up anywhere at anytime, making it very hard for iG to go anywhere on the map without risking a quick and sudden death against a lineup that was not only well farmed, but built to kill. It would only take a few minutes and a handful more kills to bring up a godlike streak for iceiceice saw iG conceding and dropping a series in which DK had handed down a severe beating. They look like the team to beat.

Looking for more coverage of Starseries 9? It's all on our joinDOTA coverage page!