posted by SohNata,
The latest patch update came with an unexpected surprise as the first titbits of the upcoming spectacle, The International 4, were “released” in the form of a text file. It hints at the possible changes to the invitation process of the most prestigious tournament of the year. 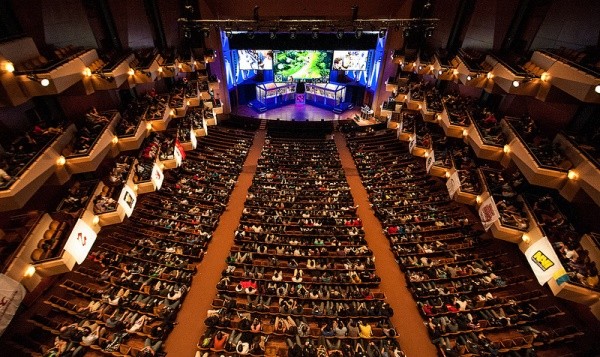 The Main Stage at Benaroya Hall

The content within the patch, described as "High level professional divisions for leaderboards and seeding the International divisions" looks to divide things into four geographical regions and servers. This strongly suggests that the qualification system for this year's International might change, breaking down to four regions rather than the last year's 'East' and 'West'.

US East
US West
Brazil

There is a lot that can be gathered from this. First off, there’s the “seeding” in conjunction with the leaderboards. What it could potentially mean is that Valve are going to produce a system to rank the performances of the teams in various events to come to generate a “leaderboard” of sorts, with the teams in the higher end of the table gaining a spot either to qualifiers or to the tournament itself. If you refine that idea further, this could very well be a way to divide the teams by quality, ensuring that the group stages are as even as possible.

At the other end of the spectrum is an idea that Valve could simply select the teams based on their performance in the regional leaderboards, rather than reputation alone. This would give them a superior way to rank out the teams by region and ultimately a way to make sure that they get the best teams out there to compete for the TI4 title. On the other hand, the leaderboards could also indicate a massive prequalifying system similar to that of Starladder, with the top teams fighting not only for qualification for the tournament, but also for the coveted top seeding positions. 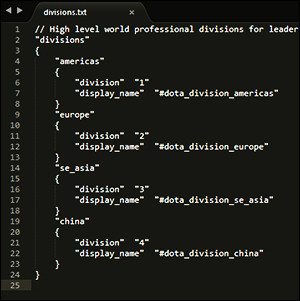 The four divisions as portrayed in the text file.
A lot of this is unclear and very much open to interpretation, but one things seems to be clear and that is the division by region. This should make the qualification process a lot fairer to all participants since it would solve most of the server issues between the teams. While it's hard to tell without seeing the full breakdown of how teams will earn their spot in the spectacle known as TI, this change does give some regions a better shot of getting teams there. Last year the SEA teams had to go against the likes of LGD.int and Vici Gaming, but this time they will be fighting amongst themselves, with a mixture of Koreans on the side - which for fans of Zephyr, may illustrated a potential doorway to the most anticipated event of the year.

More than anything though, it seems that the Road to TI4 is only getting shorter and on the horizon gleams the prize of prizes that only one team can obtain. Who will it be this time around? Leave a comment below.