posted by Venediction,
British-based gaming magazine PC Gamer awards its prestigious E-sport of the Year title to Dota 2.
With 3 International Tournaments and less than a year out of Beta, Dota 2 has managed to become a monumental eSport with standards that other MOBAs set out to strive for. 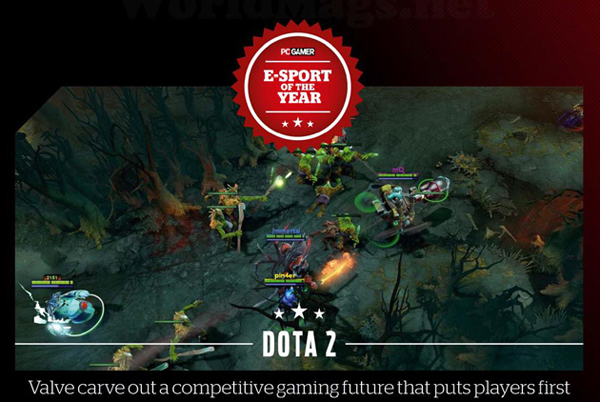 In addition to principles of technical mastery [...] Dota 2 allows for both virtuoso creativity and epic metagame strategy. It is both mechanically and psychologically complex in a way that brings personality to the fore, but it doesn't just create rockstars: it creates leaders, strategists, rivals and friends.
-Chris, PC Gamer Dec'13 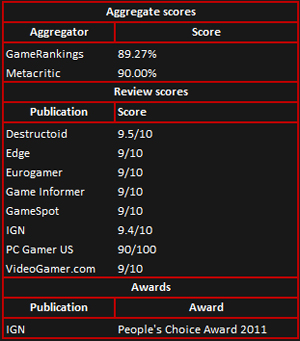 Dota 2 ratings
Some people think that the phenomenon known as Dota began only in 2009, but the fanbase was in fact present since 2003 when Eul first created the Warcraft Mod, Defence of the Ancients. Inspite of regular updates, IceFrog knew that he had to take the beloved mod onto the next level if it were to compete with contemporary MOBAs. Sure enough the Valve's involvement helped skyrocket the game to greater heights.

DotA's official forum dota-allstars.com had over 1,500,000 registered users and over one million unique visitors every month who contributed icons, hero descriptions and suggested changes to existing heroes or items. IceFrog always took the community's opinion very seriously and even now under Valve's supervision players can contrbute in the Workshop, and more recently the community has been invited to participate first-hand in the development of upcoming events like The Year of the Horse in 2014.

Gamasutra, editor Michael Walbridge cited Defense of the Ancients as the most popular mod in the world in 2008. Knowing the potential of the existing fanbase Valve made some really smart decisions to transfer them to the sequel, first was to host an International Tournament showcasing teams from all over the world while still in the beta phase. They held on to the original heroes and styles while still improving the look and feel of the game such that even people who weren't strictly gamers were drawn in by the rich lore of the game despite the infamous steep learning curve. 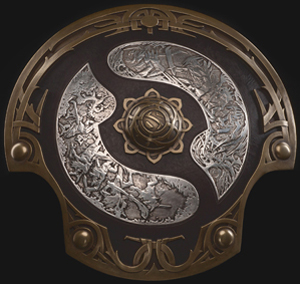 The Aegis of Champions

When it comes to prize pools, Valve believes the only way to go is up.

The concept of having over 100 heroes to choose from every time a match takes place made it a truly Free to Play game, giving it a much needed edge over its biggest rivals League of Legends.

One of Valve's achievements remains making Dota 2 so much more visually readable than League of Legends.
-Evan, PC Gamer Dec'13

Comparison of North American playerbase between DOTA2 and LoL

Dota 2 has truly given gamers a new medium to let their imagination run wild, the kind of freestyling thats possible in the game is mind-boggling to say the least, making it clearly the most deserving of the title eSport of the Year. As PC Gamer stated in their latest issue:
Dota 2's insane complexity is what makes it so enduringly fascinating to people with an eye for the stories that emerge from systems.I've seen things you people wouldn't believe. I've seen Reverse Polarity-Skewer-Glimpse accidents teleport entire teams into the fountain. I've seen Wisp Tether-Relocate-Blink escapes that'd make a grown man cry. I've seen a ghost fight a bear in a hat.