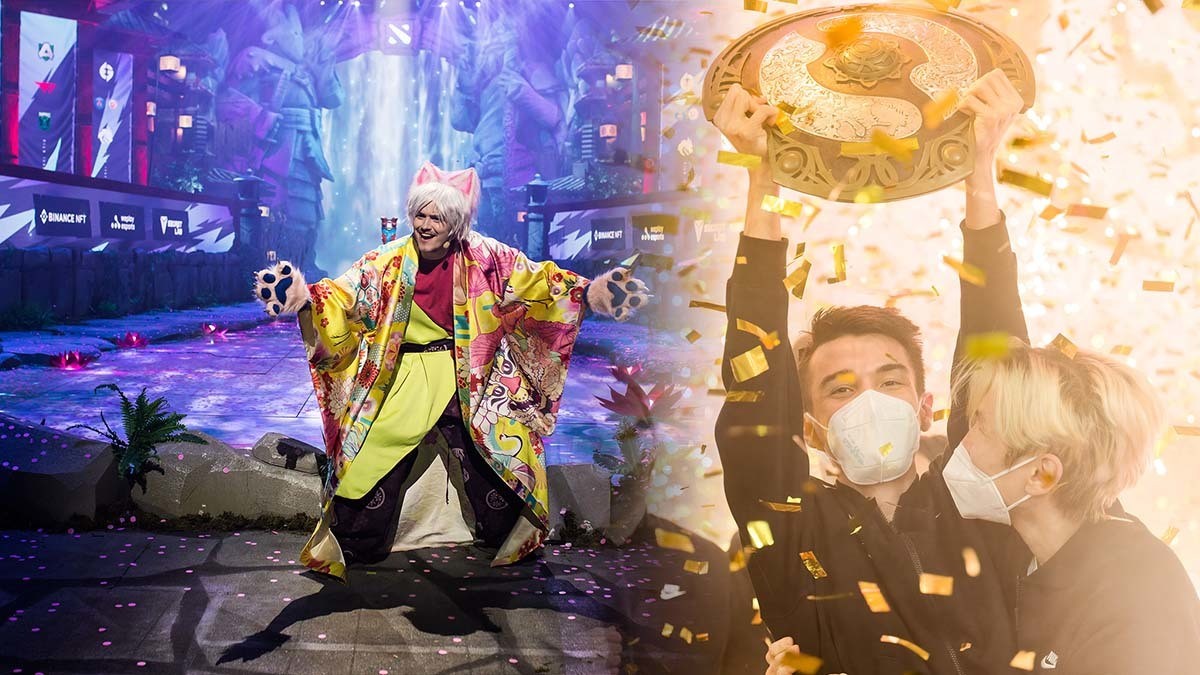 posted by Brasozial,
We take a look back at 2021. A lot has happened during this year - but it's not only about highlights! There were also a few rough moments.

January - start of the DPC

When the pandemic hit in 2020, Dota had its toughest ever year: No TI and no Majors after DreamLeague Season 13: The Leipzig Major - the whole LAN competition died. This is why the start of 2021 was under a lucky star: Valve announced its first Major after more than a year of waiting.

However, teams had to qualify first: and that is what the DPC was for. On January 18 all teams finally came back together in the DPC regions to fight for the Major slots.

Meanwhile Valve surprised its community with an announcement:

Dota 2 on Netflix - who would have expected to see an anime on the biggest streaming platform? The release was planned for March and was the perfect hype builder for our first big LAN experience in over 14 months.

Finally back on LAN! The ONE Esports Singapore Major 2021 invited 18 of the best teams to compete for the first major trophy since Leipzig - and it was also the first real inter-regional competition.

Experts were curious to see Chinese teams fight against the best teams from Europe and NA. The Grand Finals was one of the most exciting series we had this year: Evil Geniuses had a 2-0 lead - they were crushing iG and the competition in Singapore. But iG, led by Hu 'Kaka' Liangzhi, didn't give up and won three games in a row for the reverse sweep.

April - start of the 2nd DPC

The teams didn't have much time to catch their breath after the Major. Just a week later the second season of the DPC started between April 12 and 15. The teams that didn't attend the Major had a slight advantage - no travel & better preparation time. So, it wasn't easy for the established teams. Team Secret barely made through the DPC to qualify for the next Major, while OG failed to directly qualify for TI.

May - match-fixing problems in NA

While May was mostly calm due to the DPC and not much else going on, NA had a bigger problem: Wind and Rain as well as Pecado Squad Gaming received permanent bans from all future Valve events.

Both teams had been found guilty of match-fixing and therefore got kicked out of the DPC.

In June the second Major had one of the most beautiful settings we've yet seen in Dota events: the WePlay AniMajor was focused on bringing the world of Anime to Dota 2 - which makes complete sense after the game got its own anime earlier that year.

However, it wasn't the theme per se that made us glorify the event. It was the perfection in set design, outfits and filler content that showed the potential WePlay has as an organizer.

But it wasn't just the show that made this event so awesome. It was the second big LAN competition of the season. The community was craving some good inter-regional Dota - and they got what they asked for: EG again made it into the Grand Finals after kicking out Nigma Galaxy, Vici Gaming and T1. However, in the Grand Finals they didn't stand a chance against PSG.LGD - the Chinese team stomped its way to the title with a 3-0 victory.

July - TI Qualifiers - although TI is ages away

While the DPC concluded with the AniMajor, the season wasn't over yet. The International 2021 was delayed to end of October and moved from Sweden to Romania, the TI qualifiers were the last chance for each region to send another contender to TI. In Europe especially, we saw many tough fights for the last spot.

One of the most memorable moments was in the match between Team Liquid and Chicken Fighters. It's difficult to summarize, because so much happened, but one moment will never be forgotten: Aydin 'INSaNIA' Sarkohi carrying his team to victory on AA with three Rapiers.

On top of that, OG kicked out Nigma and therefore in 2021 we have had the first TI without Kuro S. 'KuroKy' Takhasomi. Also, the top 5 between OG and Tundra Esports was an incredible series - a lot to rewatch during the christmas break.

August + September - ESL One Fall & nothing

The hype for TI was vanishing fast: TI qualifiers were done, but the event itself wasn't due to happen for another 2 months. No DPC, no TI - it was like in those old Western movies - only the desert and some tumbleweeds. One of these tumbleweeds was the ESL One Fall 2021.

While Tundra fell short in the TI qualifiers, this was the happy ending they deserved for this season. They won against LGD in the Grand Finals (the Chinese team was already in Europe by that time to bootcamp for TI) with a score of 3:2. But this tournament was just a taster of the biggest event of the year.

Every year we wait for one event: the record-breaking TI with the biggest prizepool in all of esports. While last year, for the first time ever, we didn't see a team lift the Aegis, 18 teams came to Bucharest to fight for more than 40 million USD.

We could talk hours and hours about that event - and not everything was great. They withdrew from letting in a live crowd at the last second, because of the COVID-19 situation which left a lot of fans who already booked their flights in the lurch. Also the show was made for having a lot of people in the arena. But if you focus on the competition itself, we got one of the biggest Cinderella stories.

Team Spirit beating almost every top team to win the trophy? Hell yeah, this is what we live for!

While we were still calming ourselves down from the insane tournament, teams were already planning for the next season. Traditionally after TI the roster shuffle starts and it had some huge changes and shocks:

Ludwig 'zai' Wåhlberg and Lasse 'Matumbaman' Urpalainen joining Liquid, OG disbanding for a new roster and Jesse 'JerAx' Vainikka playing for EG? The next season will be super interesting.

In December the DPC started and everybody was expecting some incredible games, but one message shocked the whole scene: Alaan 'Bamboe' Faraj died.

He was a beloved pro player and streamer and it crushed everybody to see that he won't be there anymore. His streams and kind soul were always a perfect escape for everybody who wanted to just watch some nice Dota. It's sad to see such an impactful person die - but he will be always in the hearts of each and every Dota 2 player.