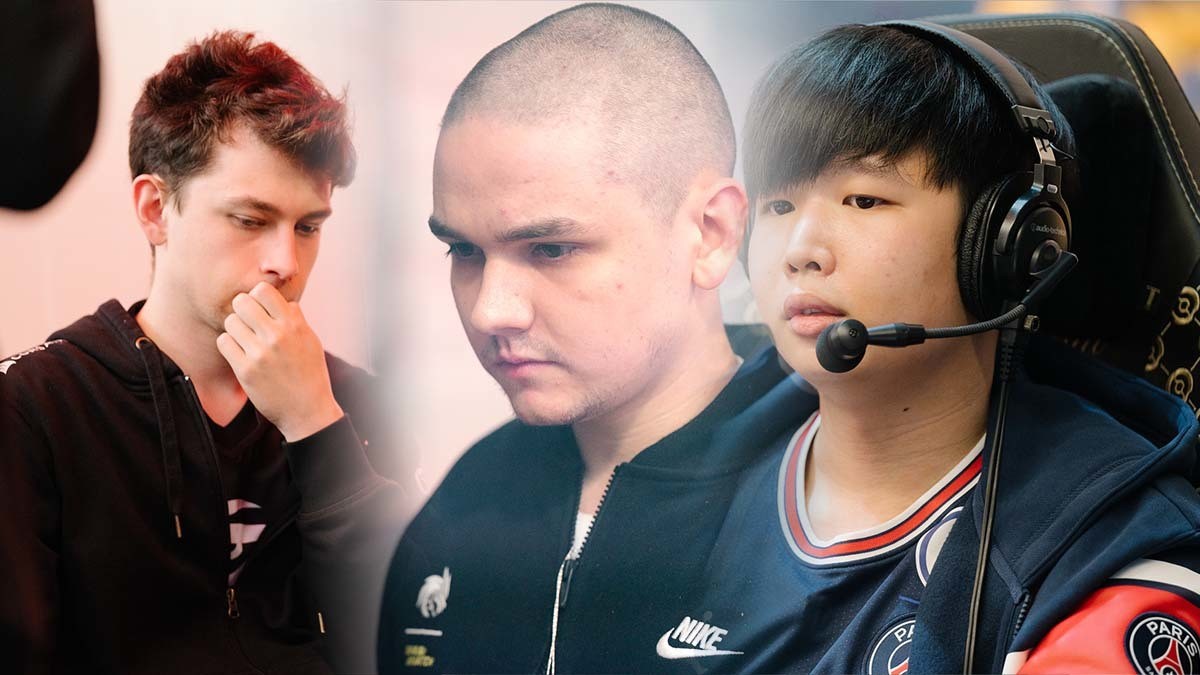 posted by Brasozial,
It definitely wasn't an easy year for the Dota 2 professionals: COVID-19 stopped us from seeing many LAN tournaments and inter-regional competitions. However, the Valve events made a big impression - and some players made an even bigger one - Here are the joinDOTA MVP's of 2021. Note: This is an opinion piece. If you would give the MVP award to different players, feel free to tell us in the comments below!

A lot of online tournaments took place during the pandemic, but we are basing our evaluation on the DPC season and its biggest events: ONE Esports Singapore Major, WePlay AniMajor and The International 2021.

When you look at these three events one team jumps to the forefront: PSG.LGD and its players. While some would say it was another year of tragedy for the Chinese team, it was actually very successful: 3rd place in the first Major, victory in the second one and also making it into the Grand Finals of TI - this is an achievement many players can only dream of.

So it doesn't come as a surprise that PSG.LGD players have been added to this list - and to be honest with you: it wasn't easy. Who would you add to an MVP list? Each of the players deserves it. However, Cheng 'NothingToSay' Jin Xiang is a name that would pop up in every experts mind. The Malaysian mid player came on loan in 2020 and has exhibited tremendous development: he's probably the best mid laner in the world right now (and his 12k MMR only supports that notion).

Believe in yourself and believe in your teammates. #AniMajor, WE ARE THE CHAMPION!🔥This is the THIRD Major championship we’ve won, and also the first of our new team.
GGWP, @EvilGeniuses 👍🏻Not the end, but the beginning of a new journey. See you guys at Stockholm in August! pic.twitter.com/MPeNS3Ihvd

Also, Wang Chun 'Ame' Yu definitely needs an honourable mention. Twice he had to experience the devastating feeling of losing at TI Grand Finals - and he's a fighter. He will come back even stronger (if that is even possible). Ame is so good even Sumail 'SumaiL' Syed Hassan had to accept that the Chinese star is the best player in the world.

Another team that has had a phenomenal season is Evil Geniuses. Despite the 9-12th place finish at TI, EG took part in two Major Grand Finals. Although they lost both of them, EG proved that NA isn't dead and its teams are a threat to all regions.

Artour 'Arteezy' Babaev had a great season and definitely showed his style and flair from previous years, but it was Abed 'Abed' Yusop who made his big mark in North America.

The Filipino mid laner carried his team from victory to victory. If he goes on like this, EG will always stand a chance against the best teams in the world - and who knows, maybe he can carry them even to another Aegis.

If we were to close our eyes and just forget about October 2021, everybody would be surprised to see a Team Spirit player in the list - but the CIS squad earned their spot with a miracle run. Precisely nobody would have expected them to earn really great result at TI10 and, even fewer would have expected them to win TI, but they did just that - and they beat almost every top team in the world to lift the Aegis.

All five players showcased outstanding performances, but it was Ilya 'Yatoro' Mulyarchuk who played into the hearts and heads of the Dota 2 community. His aggressive and unorthodox playstyle isn't something you see every day - and to see that in an 18-year-old youngster is even more impressive.

Jin 'flyfly' Zhiyi had a good run in the beginning of the year. As the position 1 player of Invictus Gaming he didn't just top the Chinese region, he went all the way at the first Major of the season.

In Singapore iG beat all the top teams in the world to win the tournament. In particular, the Grand Finals battle against Evil Geniuses was more than memorable. The NA squad had the better start and had an early 2-0 lead - they needed only one more game to close the series, but iG reverse swept them.

Flyfly was more than just a part of it: In the remaining games that led to iG's victory the carry died only three times - combined! However, it wasn't just that tournament that brought him into this list. Don't forget, iG also made it into the top four of TI10. They were a serious contender, but they fell short in the face of Spirit's miracle run.

Another CIS player that deserves a mention is Egor 'Nightfall' Grigorenko. Virtus.pro was considered the best CIS team of 2021 - no team in their region was able to stop them. Of all teams to get eliminated by at TI, it ended up being Spirit, another CIS squad. But this doesn't make VP's achievements look bad: they were the third highest ranked team of the year.

It is finally time.

Nightfall and Danil 'gpk' Skutin are the heroes of that team. In every tournament they participated in they were featured in top lists for kills, KDA or Last Hits - they're the ulimate carry duo.

Last but not least, we can't forget about Team Secret and its all-star lineup. They were the favorites to win TI and seemed almost unbeatable. Ludwig 'zai' Wåhlberg, Lasse 'Matumbaman' Urpalainen, Michał 'Nisha' Jankowski, Yazied 'YapzOr' Jaradat, Clement 'Puppey' Ivanov - every one of them could be in a top list.

Nisha, however, deserves some extra praise. In November 2020 he transitioned from Carry to mid laner - not an easy role change, but he made it work, dominated his lane and carried his team to several victories.