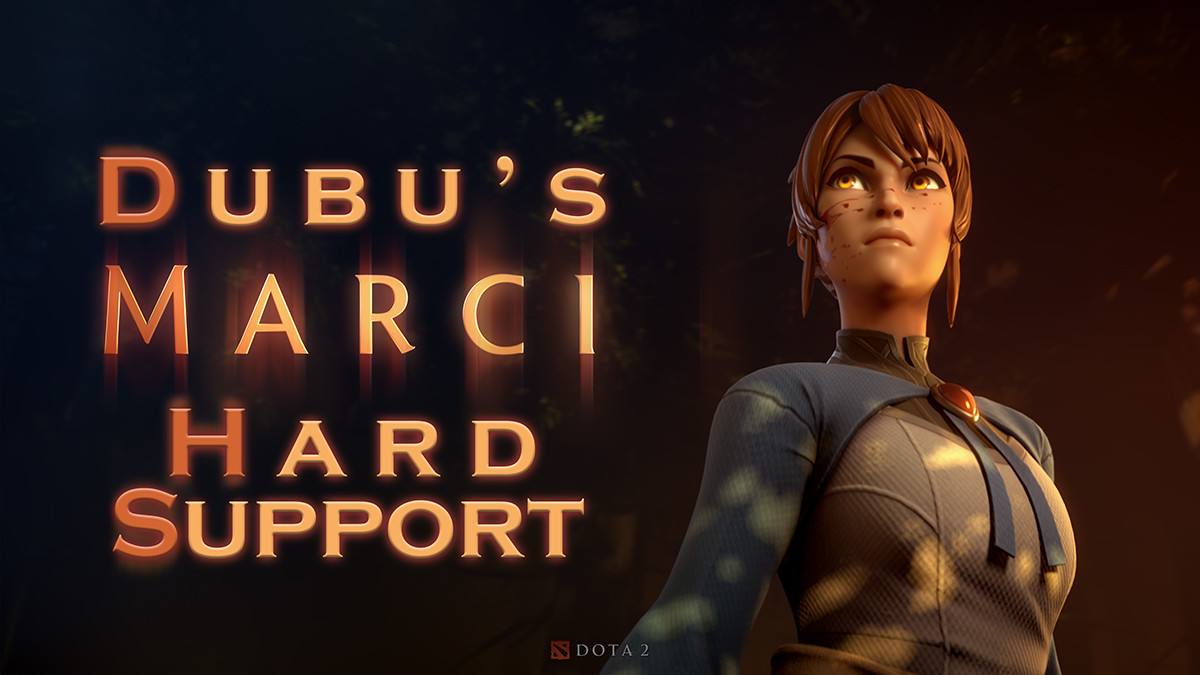 posted by Liightsdota,
Marci has been getting banned or first picked in almost every pub game since her release. See why Dubu’s scary Hard Support Marci will be showing up in your pubs soon.
Marci has only been released for a few days so far, but it was immediately apparent she was far too powerful from the start. This immediate dominance earned a swift nerf to her release stats, only one day after she came out. Despite this nerf, Marci remains a very strong hero which players are finding success with across all positions. While the best role to play Marci is still being discovered, today we’re going to examine how Kim 'DuBu' Duyoung plays her as a position 5 Hard Support.

The case for first picking Marci in ranked:

We can all agree that Marci is too strong right now, and that combined with everybody wanting to try the new hero means she’s currently one of the most contested picks in the game.

Due to bans only being successful 50% of the time in ranked mode, Marci can’t be reliably banned all the time. Because of this, you should just instantly first pick her - frequently the opponents will do the same, which results in a successful ban. If you’re lucky enough that your opponents don’t pick her, then it’s time to break out the 5 position Marci. By playing her as a hard support, you can safely first pick her and guarantee you won’t be against her! 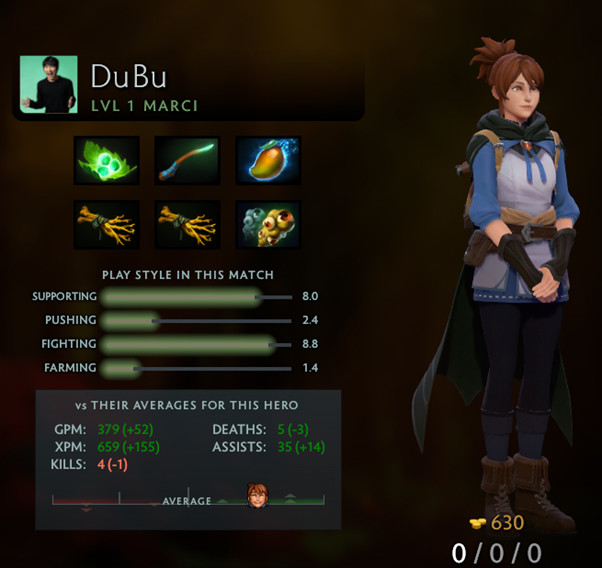 Dubu used the Sentry Ward to ensure his small camp was unblocked, which allowed him to secure lane control after getting kills.
This hero truly shines during her incredibly strong early laning phase. In order to sustain the amount of fighting he’ll be doing, Dubu sends 2 Salves immediately with his first 220 gold. He uses the first to get himself back to full health after taking damage leaping in to secure an early ranged creep. The second Salve he uses on his Carry, ensuring that they can stay in lane and continue acquiring farm safely.

Dubu plays the lane extremely aggressively during level 1, building up harassment with autoattacks and always using Rebound to last hit every ranged creep. By securing all of them, Marci hits level 2 before the opposing offlaners, which allows her to secure an easy kill with Dispose. The chasing potential this hero offers between her first two skills is truly unmatched, and by playing her in the safelane, she has a huge distance that she can use to run enemies down.

In every match just before 6:00 into the game, Dubu leaves the safelane and goes to secure the enemy Bounty Rune as well as the Power Rune for his Midlaner. Frequently he’s able to find a nice gank on Middle around this time because early wards are expiring and vision range is reduced by the switch from day to night. 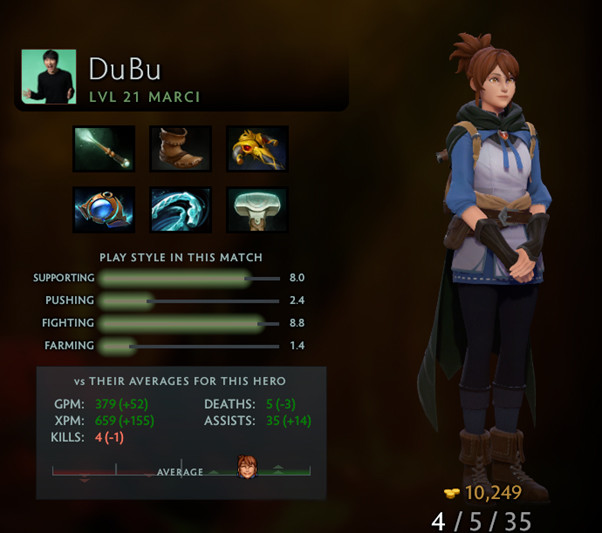 Dubu consistently plays Marci with the same exact skillbuild, and it’s different than many builds because it completely skips Sidekick until level 11. By holding off on Sidekick, Dubu is able to very quickly destroy creepwaves with a combination of Marci’s other two skills. This gives him powerful options for creating pressure on the map by pushing waves while the teams aren’t actively fighting.

While Dubu was experimenting with a few different item builds, he always comes out of the laning phase with Arcane Boots and his Wand. From there he heavily prioritizes BKB because Marci’s skills require dangerously throwing yourself into groups of enemy heroes, and the magic immunity is invaluable in that situation. The Arcane Boots later split into an Aether Lens which allows you to kidnap people from a massive distance away.

The heroes that compliment Marci’s skillset the best are Carries who deal massive damage but lack a way to lock down opponents. With teammates like that, Marci’s laning phase becomes incredibly straightforward. Simply abducting the enemy back into your Carry provides free kills, and after a few of those Dubu is free to roam around and secure his other lanes. A huge advantage of Hard Support Marci is how easily she wins the lane for her Carry, freeing her up to do other stuff on the map.

Marci is an incredibly exciting hero to both watch and play, and I hope you find lots of success playing her with Dubu’s build! Have you seen Hard Support Marci in your pubs yet?