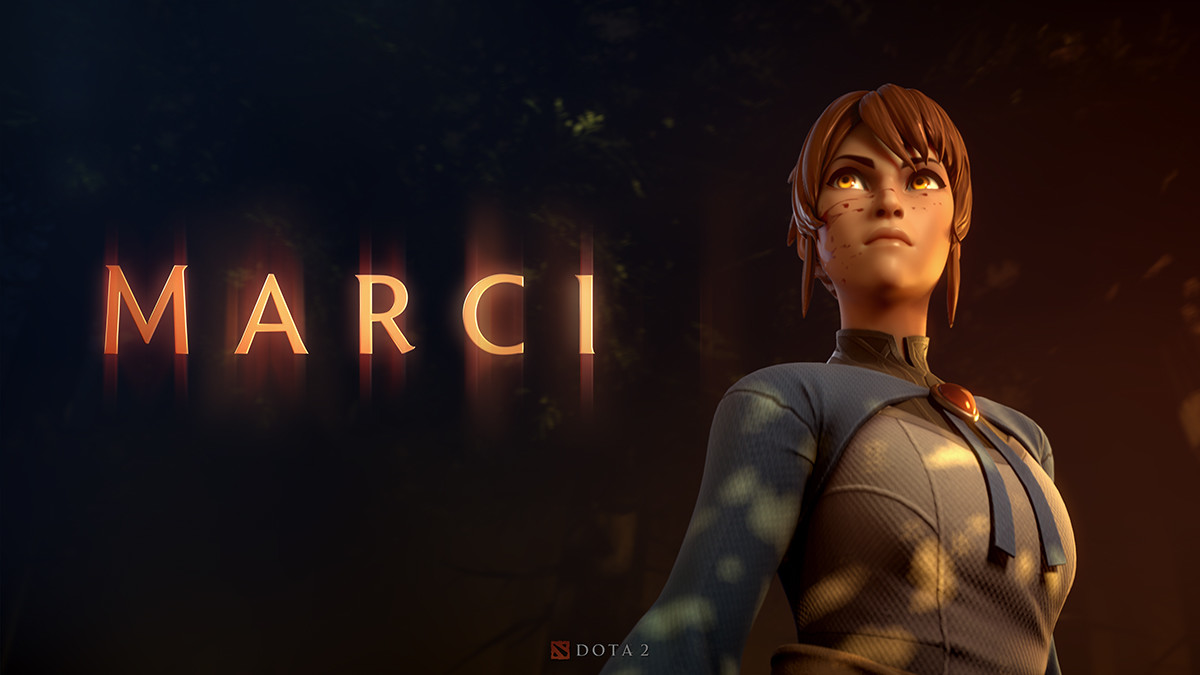 posted by Smyke,
Tired of the meta in Dota 2? No worries, the new gameplay update 7.30e not only features several buffs and nerfes, but also a brand new hero: Marci from the anime Dragon's Blood is here! Let's hear your happiest whistle because Dragon's Blood character Marci is now playable in Dota 2! Developer Valve released the new hero with gameplay update 7.30e this Thursday.

Marci powers her way into Dota along with a new treasure and the 7.30e gameplay update -- https://t.co/cmc8P35alf pic.twitter.com/bvXdUkI5Dx

The melee hero got introduced in the Dota 2 anime Dragon's Blood where she conquered the hearts of the fans as the company of Princess Mirana. The silent Marci appeared to be small and innocent, but she turned out to be an incredibly skilled and dangerous fighter. Valve announced her during The International 2021 as the next hero to come. These are her skills in game:


The community is currently testing which role Marci fits best, with many players going for position 1. So before you jump into your next game, be aware that your teammates might be experimenting with the new hero!

Actually, after trying Marci in demo it seems like she can easily be a 1/2 if you itemize correctly. Her ult is pretty OSfrog

Oh, and in case you avoided playing in the past weeks as you were constantly overrun by a Magnus or Tiny: Don't worry, both of them were nerfed in this patch.

What do you think of Marci?