Between werewolves and gods – Heroes and their mythological background 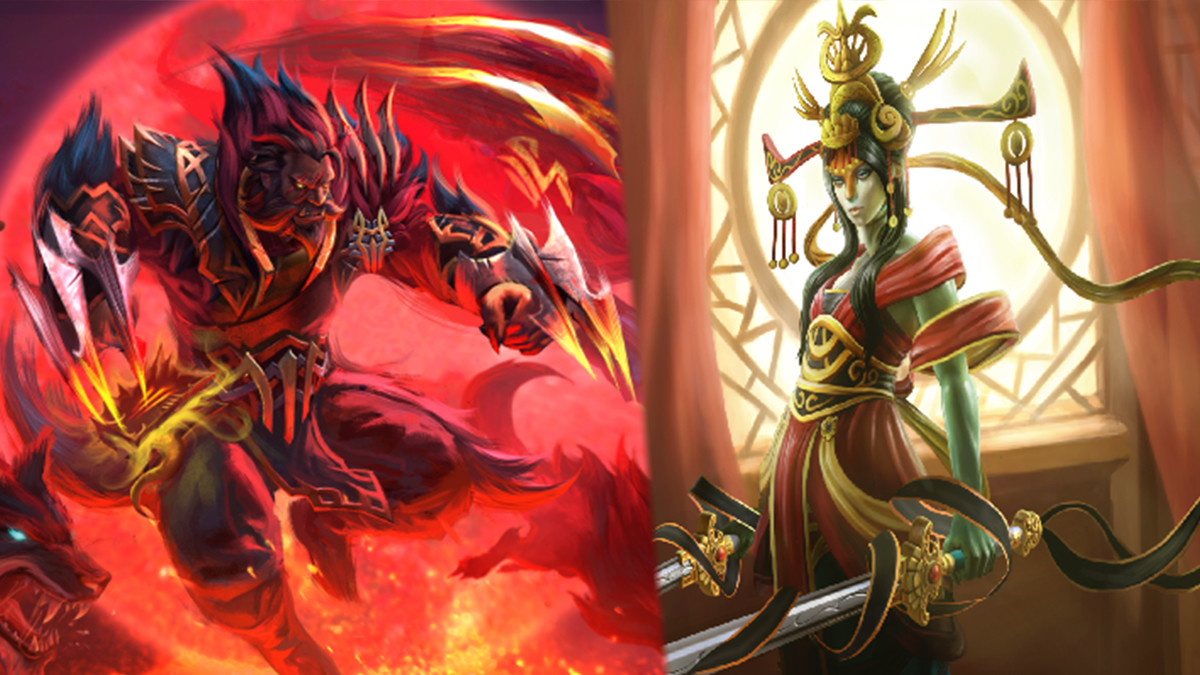 posted by aliasalina,
Monsters, shapeshifters and the divine – video games have them all, but made none of them up. Here are three aspects of Dota lore which find their roots in myths that existed long before the game. Many of Dota's currently 122 heroes emerge from a background filled with dramatic lore, forging them into the warriors that players know and love. While often moulded to fit the game's universe, the core stories of those characters draw their inspiration from existing myths or legends.

This is fairly obvious when common folklore finds its way into the game, but references to Greek or Norse mythology can be harder to catch – especially if they also involve items rather than only heroes. We present to you three interesting examples of such mythology-inspired Dota traits.

One of the most obvious allusions to widely-known mythology is the hero Lycan. With a full name like "Banehallow the Lycanthrope", the man didn't even make an effort to hide his true face (snout?) as a werewolf. 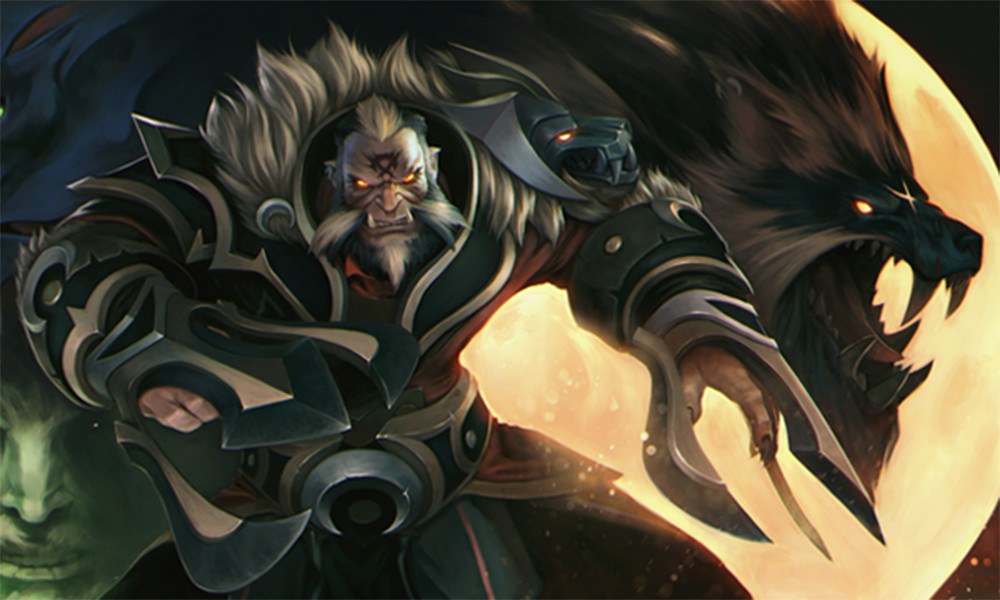 Lycanthropy, alongside vampirism, is one of the most commonly known myths. Both of these folklore terms fall under the category of therianthropy, the general shapeshifting of humans into animals or non-human creatures.

Oddly enough, this exact concept has occupied people's thoughts for hundreds of years. Even Greek mythology corresponds with it and entertains the legend that the thunder god Zeus once turned king Lycaon of Arcadia into a wolf after he sacrificed his child.

Apart from the name, king Lycaon and Dota's Lycan also have the reason for their transformation in common: In both cases, they were turned by somebody else as a form of punishment. For Lycaon, the scheme worked and he was stuck in his wolf form, but Lycan had other plans. Instead of going insane and attacking his loved ones, Banehallow kept his wits about him and tore apart the very people who worked the curse. While not doomed to be a wolf full-time, Banehallow still turns regularly – but whoever has actually played the mighty wolf in Dota 2 might not consider that much of a curse at all.

Next in the line of half-human and half-animal heroes in Dota is Slithice, the Naga Siren. Her origin in Greek mythology is on the more obvious side: The Greek sirens, much like Slithice, were known as woman-like creatures that lured lost sailors in with their enticing singing. However, they weren't half as nice as their voices and led the people who followed them to wreck their ships upon the shore. 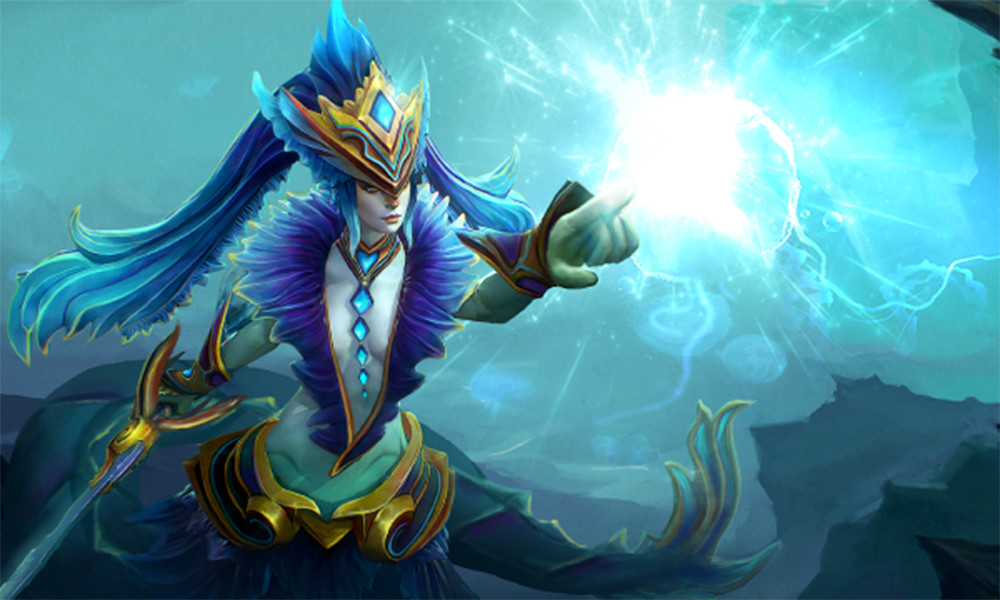 While Slithice with her "Song of the Siren" clearly derives from the Greek sirens, her species might also originate in part from Hindu mythology. The Sanskrit word naga describes a group of semidivine beings in Hinduism and Buddhism who are half human, half cobra. They are generally associated with water, while the females (nagi or nagini) are also said to be incredibly beautiful.

It is likely that Slithice's species is therefore a hybrid concept between Greek and Hindu mythology. The siren part probably stems from the Greek creatures, but the snake-like anatomy and water properties might originate in Hindu legends. Both in combination create the name of Slithice's species: Naga Siren.

A cold look from the Eye of Skadi

Have you ever needed to slow down your opponents, bought the Eye of Skadi and then afterwards wondered: Who even is this Skadi-person? No? Well, you will now find out, anyway. 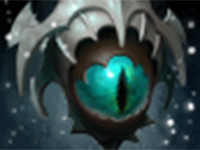 Photo credit: Valve
The infamous Eye of Skadi is named after no less an individual than the goddess of winter and hunting in Norse mythology, Skaði. She hails from a family of giants and is so prominent in the northern folklore that allegedly the entirety of Scandinavia is named after her. The landmass may have once been referred to as Skadin-auja, the land of Skadi.

After basically claiming an entire region of the planet, the next logical step for Skadi was to have an item in Dota 2 dedicated to her. The slow effects of the Eye of Skadi are fittingly applied by "Cold Attack" to do the goddess' expertise justice.

What other mythologies have you found in Dota 2? Which one is your favourite?