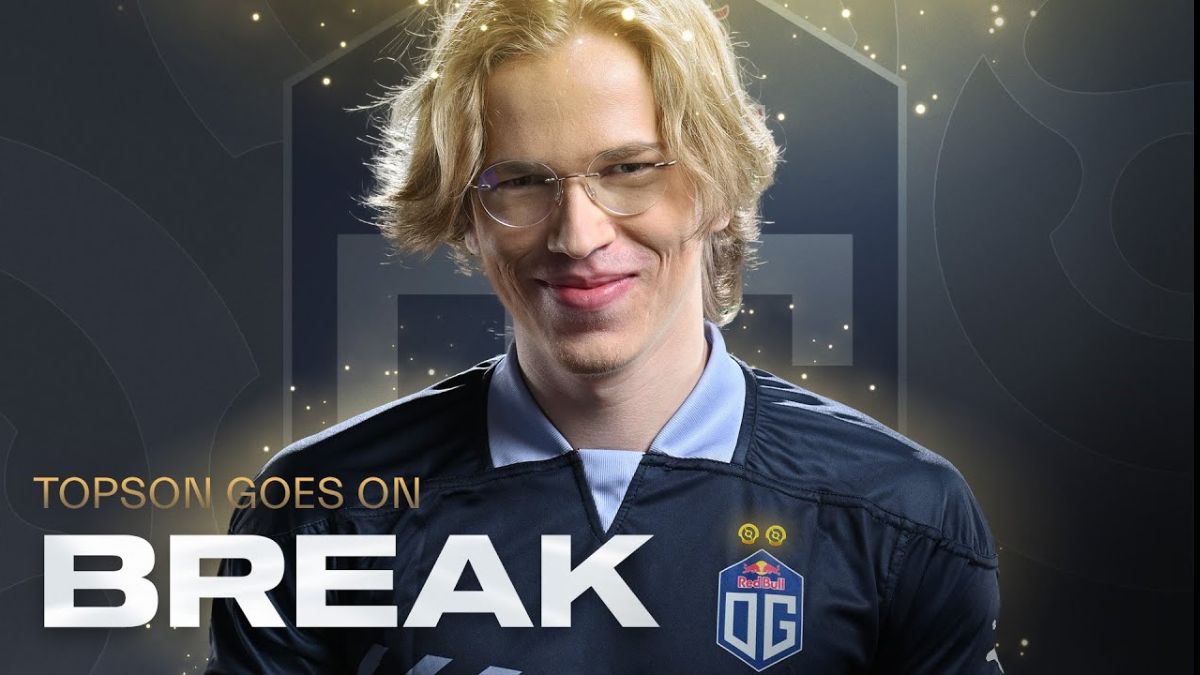 posted by NanaKrustofski,
The International 2021 just ended this weekend and the players are already searching for their new homes to fight for the Aegis next year. Here is an overview of the current roster shuffles. Note: This article will be updated

The dust of the most important tournament of the year has barely settled and players are already on the hunt for a spot in a new line-up. Some teams have confirmed their first changes, others want to stay together, coaches are on their pilgrimage to support a new squad and so on. Here is an overview of all the roster changes.

We would like welcome Frisk (fka.@fade_dota) for joining us in the new DPC season.

And our roster is locked today with flyfly, Emo, JT(@JackieThiay) and Oli~ remains.

Two players of OG decided to leave the team after their 7-8th place finish at TI. Sumail 'SumaiL' Syed Hassan and Martin 'Saksa' Sazdov will no longer compete for the organisation. It is not yet known which squad they will join next, or who will take over their empty slots in the line-up. Update: Sumail joined Team Secret

Following TI11, both players expressed their wishes to look for opportunities outside of OG.

We'll always cherish the time we spend together, and we wish you the best in the future.

Legendary player CEEEEEEEB decided to once again step down from the position as an active player, as it was confirmed on 18 November. The 29-year-old already posted his decision a few weeks ago, but not the roster change is official.

After many years of hard work and dedication, @Ceb is stepping down from competing at the highest level.

Even though he closes this chapter, his journey with OG is just starting , many adventures are still to come.

On 19 November, Topias 'Topson' Taavitsainen's break from competitive Dota was confirmed. The 23-year-old will not retire completely, but go on a break for about a year to spend time with his family, as he became a father in 2020. At the moment, n0tail is the only registered player for OG.

Even legends need to take a break: The sunflower himself N0tail will also go on a hiatus, as OG communicated on 20 November. The two-time world champion wants to go on a health break for at least a year, but he will not step away from the scene completely: He will be mentoring the new OG lin-eup (not announced yet).

OG are back with another squad! The org posted their new line-up on 21 November and it features a lot of new faces. While fans definitely know Misha and Taiga, there might be people who have not yet heard about their pos 1-3 players. Ukrainian carry Artem 'Yuragi' Golubiev competed for Team Unique in the previous DPC season, Bulgarian midlaner Bozhidar 'bzm' Georgiev Bogdanov was part of Creepwave as well as Jordanian offlaner Ammar 'ATF' Saleh Alassaf. You might remember the 16-year-old talent under a different nickname: Ammar The F*cker.

“Winning is a consequence, not an objective”-@Ceb

A chapter closes, a new one is just starting.
We have chosen to bring fresh talent into the Dota scene for the new iteration of OG.

The official registration page for the DPC confirms that Evil Geniuses will keep at least three of the players from the previous season: Artour 'Arteezy' Babaev, Andreas 'Cr1t-' Nielsen and Abed 'Abed' Yusop.

Daryl Koh 'iceiceice' Pei Xiang will no longer play for EG as posted on social media on 17 November. Instead, he will join EU team Secret.

The one and only Jesse 'JerAx' Vainikka is back! The Earth Spirit master stages a surprising comeback as he returns to the competitive scene. However, he will not be competing for his former squad OG but for EG instead. The NA organisation also shared another major new addition: Egor 'Nightfall' Grigorenko will take over the offlane role.

Lasse 'Matumbaman' Urpalainen and Team Liquid sound like an excellent combo to many fans. That's why the carry player returned to the organisation as they announced this Wednesday. The 26-year-old won The International 2017 with Liquid, proving he has great chemistry with the org.

The roster change also means he will join his former Secret-teammate zai who switched to Liquid already earlier this month.

The organisation also revealed on 17 November that Max 'Qojqva' Broecker will not be on their active player roster this DPC season, but remain with them and work as a streamer for Liquid.

He's not done playing competitive, but for now @qojqva1 will be streaming with TL full-time!

(And no that doesn't mean BSJ is kicked) pic.twitter.com/cC1OtH9Lqo

On 19 November, it was announced that Taiga will no longer compete for Liquid.

Chinese organisation Vici Gaming is ready to take over th DPC season with a new roster which they presented on their Weibo on 19 November.

Alliance had a surprisingly strong season and finished as 10th in the DPC. However, their run at TI10 ended quickly after a devastating 2-0 loss against T1. Now they'll part ways with Linus 'Limmp' Blomdin and Artem 'fng' Barshack.

The end of a journey - [A] #Dota2 roster update

We will always remember💚

18 November: Alliance introduced their new roster on Thursday, including some new but also some well known faces. Fans can enjoy the return of Henrik 'AdmiralBulldog' Ahnberg who was signed as substitute player.

Team Secret currently have to find a new offlaner to fill in the empty spot that Ludwig 'zai' Wåhlberg left. It is not yet known which team the Swede is going to join next. Updated: He joined Team Liquid.

Another major roster change for Team Secret: After zai left the team two weeks prior, their carry player Lasse 'Matumbaman' Urpalainen also parted ways with the team. Is it not yet known which team he is going to join next or which player will take over his role. Update: He also joined Team Liquid.

On 18 November Secret also introduced Sumail 'SumaiL' Syed Hassan as their new midlaner. The king of mid shared the following in the official blog post by the org: "Sup, bi*ches."

A King needs no introduction 👑

Welcome to the squad, SumaiL.

After internal discussions, Virtus.pro decided to try out new players for position 1 and 4. However, it is not yet certain if they will change their roster of if Egor 'Nightfall' Grigorenko and Vitalie 'Save-' Melnic will continue playing for them.

CIS organisation Virtus.pro shared some roster changes on 17 November. Egor 'Nightfall' Grigorenko and Vitalie 'Save-' Melnic are benched, whereas Ivan 'Pure' Moskalenko will join them as their new carry. The 17-year-old has not been on the map for many fans, as VP is his first official big roster.

«It was our mutual decision to move Nightfall and Save- to the inactive roster. The first addition to our team is a young carry player, Ivan “Pure” Moskalenko» (c) Sergey Glamazda

A new squad is on the rise: Five CIS players formed a line-up called CIS Rejects. The team was registered at the Dota 2 Majors Registration page on 17 November. This is their roster according to the registrations:

Southeast Asia has a new and fierce team to watch out for: Talon Esports was revealed on 16 November and sports five well-known players:

Elephant contradicts rumors of their disbandment and announces the team's continuance for at least another year. The Chinese organisation entered this year's TI in the lower bracket and lost further qualification to Evil Geniuses.

"We aren't disbanding, there will be a 2nd year. Details will be confirmed when we're back in China."

p/s - Lotta people under the comment section are wishing for Elephant to get xNova over to the team. pic.twitter.com/1pOgX3JHJb

The Chinese superstar roster of Elephant has disbanded. There have been various rumours for a few days surrounding the org, but Elephant posted an official statement this Thursday on their Weibo. They revealed that the organisation itself will be inactive for now but has ambitionsto form a new team. All players as well as their coach Bai 'rOtK' Fan were released and are now free agents. The statement also refuted some rumours and explained that the players are not tied to their contracts and are free to search a new team, which was backed up by a post from Maybe.

Brazilian support player Danylo 'KINGRD' Nascimento revealed a new line-up this Friday. He also stated that the team is currently open for sponsors and partnerships.

The TI10 champions confirmed in an interview that they will stick together.

David 'Moonmeander' Tan shared his thoughts about the future of Undying after this year's TI in a tweet. The post also includes the announcement that both Kim 'Febby' Yong-Min and the team's manager Panders part ways with the line-up in the upcoming season.

T1's team roster announcement came in the form of a video, stating that the current line-up will re-new their contracts for the next DPC season.

The Thai team Motivate.Trust Gaming will allegedly stick together in its current constellation. According to news portal Jaxon, players even denied offers with higher wages to compete for MTG in the coming season.

After a 9th-12th place at TI10 Fnatic decided to bid farewell to Kee Chyuan 'ChYuan' Ng and Yang 'Deth' Wu Heng. Both players joined the squad in the preparation for the SEA TI qualifiers.

The Brazilian organisation SG esports parts ways with their players. Apparently, they are currently in negotiations with new players for the next season.

The players from the chinese organisation PSG.LGD decided to stick together and play for another year. No wonder: The powerhouse got second place at TI and was just one victory away from the Aegis.

LGD's General Manager Pan Fei shared that their players have unanimously agreed to stick together and fight again for another year.

The North American team Quincy Crew has two confirmed changes: Offlaner Rodrigo 'Lelis' Santos and their coach Maurice 'KheZu' Gutmann left the squad. A new team for the two pros has not been confirmed as of right now. Update: The new limneup was revealed on 4 November

QCY parting ways and my future

There's a new-look Quincy Crew coming for the #NADPC. We are proud to announce our roster for the 2021/2022 season:
1. @YawaR_YS
2. @ccncdota2
3. @KheZu (C)
4. @milandota2
5. @ponlodota
We are open to sponsor, endorsement, and org partnerships. DM us for more information. pic.twitter.com/VeRAvCxgAV

The South American players from Thunder Predator decided to stick together after TI10. However, they parted ways with their organisation and are currently looking for a new one.

3. We staying together as a team and Parting ways with Thunder Predator for next DPC season. currently lfo , can contact me on dm.
Roster :
1.@KotaroHayama_
2.@Leostyledota
3.Frank
4.MoOz
5.@WuDotA

Brazilian team NoPing Esports did not quite make the cut to qualify for this year's TI. The organisation announced that with the agreement of all the players, they will not continue with the current line-up. They will form a new squad for the next DPC season.

NA squad Undying were eliminated in the first round of the Lower Bracket. Their former coach Kim 'Febby' Yong-Min made his departure short and clean: He is looking for his next team.