Team Spirit are the winners of The International 2021! 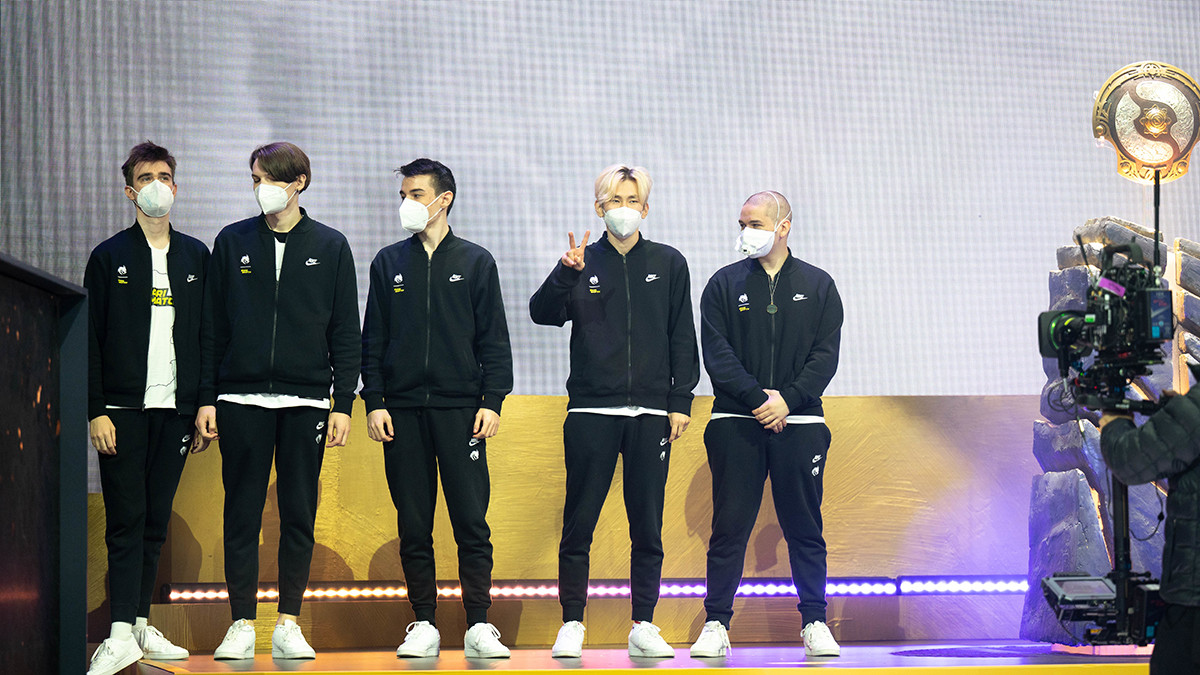 posted by NanaKrustofski,
From Naruto-running at a Major to going through the Qualifiers to become the best team in the entire world: Team Spirit are our champions of The International 2021! Oh lord Gaben, what a great day of Dota 2 we could witness today! The last day of The International 2021 was filled with amazing matches by the strongest teams in the entire world.

Ten players battled each other in an incredibly heated Grand Finals. PSG.LGD: The powerhouse from China that everyone saw as the clear tournament favourites before TI even started. Not only did they crush the online season, the team has some of the most renowned names in Dota 2 in their roster.

And on the other side: Team Spirit. A group of young guns nearly nobody had on their radar, and they just wanted to have some fun with playing Dota. Four of their players have not been to a TI yet. They started their journey through the Qualifiers, then got put into a horrible tiny practice room and BAM - they went from underdogs to undefeatable.

But enough of the storylines, let's jump into what happened on the most important day of the year for Dota fans!

Spirit's magic lasted on from game to game as they were conquering one enemy after another. Some critics thought that their run would finally be stopped, but once again the CIS organisation proved that they are simply ahead of their opponents.

Secret might have been able to take game one. However, Spirit figured out how to beat the goliath as they turned the series around. Match three saw Ilya 'Yatoro' Mulyarchuk once again play a different hero as he finished with a 17/1/6 Sven. He also achieved his third Rampage at the main stage of TI. Previously, no player ever achieved two Rampages at the world championships and Yatoro established an incredible new milestone. Magomed 'collapse' Khalilov on the other hand once again was allowed to play Magnus - a crucial mistake to not ban the mammoth. With their victory over Secret, Spirit advanced to the Grand Finals of TI10.

Then the moment we have all been waiting for started. The two best teams from the world faced each other in the Grand Finals to fight the most important best-of-five in their lives.

Spirit kept their insane momentum from their Lower Bracket run and started the finals by completely dismantling PSG.LGD in the first two games. They were constantly a step ahead in all regards, from team fight to networth to vision - everything clicked for them. A flawless Naga Siren for Yatoro in game one and another perfect Magnus performance by Collapse in game two was too much for LGD. Wang Chun 'Ame' Yu's Morphling constantly got skewered out of position and straight into death.

But PSG.LGD did not count as the tournament favourites for nothing. They figured out how to outplay the CIS underdogs that were bulldozing over all their opponents so far. Game three featured a more surprising draft for LGD and they took out their secret weapon: Tinker for Cheng 'NothingToSay' Jin Xiang. He finished with a 14/1/15 score and together with Ame, they overpowered Spirit and caught up 2-1.

Game four was an even stronger showing of LGD's skill as they obliterated Spirit after 24 minutes with a 23:2 score. Spirit tried a rather unconventional draft with Templar Assassin and Axe, which did not work out for them. With clearly losing the draft already, everything went towards game five.

The last game: LGD prepared their iconic Lycan x Tiny combination for the last time. Spirit were not impressed at all. Yatoro's Terrorblade and TORONTOTOKYO's Ember Spirit just got jump after jump and kill after kill. Oh, and guess what Collapse played which was a complete game-changer? Magnus again! He perfectly zoned out the enemy cores and skewered them towards the death trap, leaving LGD no air do breathe.

With a spectacular 3-2 result, Team Spirit claim the Aegis and the title as the new world champions in Dota 2! A nice pocket money of $18,208,300 goes their way as well.

These are our new and reigning champions:

Which player impressed you the most in this TI?