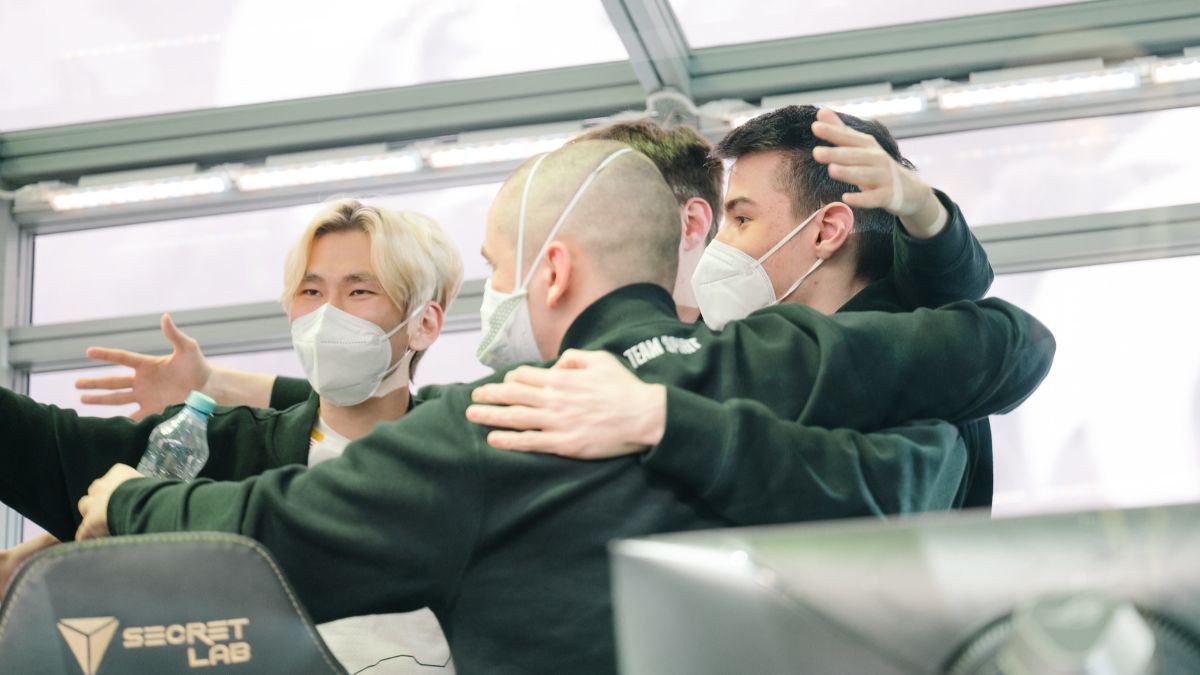 posted by Smyke,
The underdog story continues, a new hero was announced and the first finalist is set: Day five of The International 2021 was filled with exciting twists and highlights. Get up to date before the Grand Finals kick off! Dota fans, the final sprint towards the finishing line of The International 2021 is nearly upon us. Day five is over, the first finalists were determined and the underdog story of the tournament keeps going strong. Three series and the traditional showmatch were played on Saturday, and here are the highlights of the day. Oh, and we will get a new hero to join the fight for the Ancient!

Marci will be the next hero

First off, let's talk about the one person we all love: Marci from the Dragon's Blood anime. The silent assassin will be the next hero in Dota and is supposed to come to the game in fall.


No Aegis? No problem

Now to the series: Invictus Gaming vs Vici Gaming opened the day in the Lower Bracket Round 4. Despite IG forgetting to pick up the Aegis in one game, they still managed to defeat Vici. A standout player in game one was Zhou 'Emo' Yi with his 18/1/15 Ember Spirit.

Next up, PSG.LGD became the first TI finalists this year by defeating Team Secret with a strong 2-0. Game one underlined how important it is to not give your opponents the Tiny-Lycan combination. Wang Chun 'Ame' Yu completely dominated the match in with his stony hero who got even more buffed by Ogre Magi. He even managed to dish out some heavy 2k crits with Tiny. His item build: Echo Sabre, Silver Edge, Satanic, Assault Cuirass, Swift Blink, Treads and Penta-Edged Sword as Neutral Item. If you want some fun, go ask some friends to try this hero combo in the next pub!

Secret had no answer to the Tiny and in game two, they got dismantled by Ame again. This time on Monkey King, the carry and his teammates took the second match as well. While PSG.LGD are now waiting in the Grand Finals for their opponents, Secret dropped to the Lower Bracket where they will have to take on Team Spirit next.


Versatile underdogs to the top three

That's right, underdogs Team Spirit are now in the top three and might even advance to the final fight for the Aegis. They defeated IG in their revenge series with a clean 2-0 and are now in the Lower Bracket Finals against Secret. Ilya 'Yatoro' Mulyarchuk was definitely one of the MVPs. The carry got another Rampage at TI, this time with Drow Ranger. His Phantom Assassin in game one was also extremely strong. Fun fact: Yatoro played a different hero in each of the 12 main stage games.

Secret and Spirit will battle each other on Sunday, 17 October at 9:00 CEST. The Grand Finals are scheduled to kick off at 12:00 CEST.