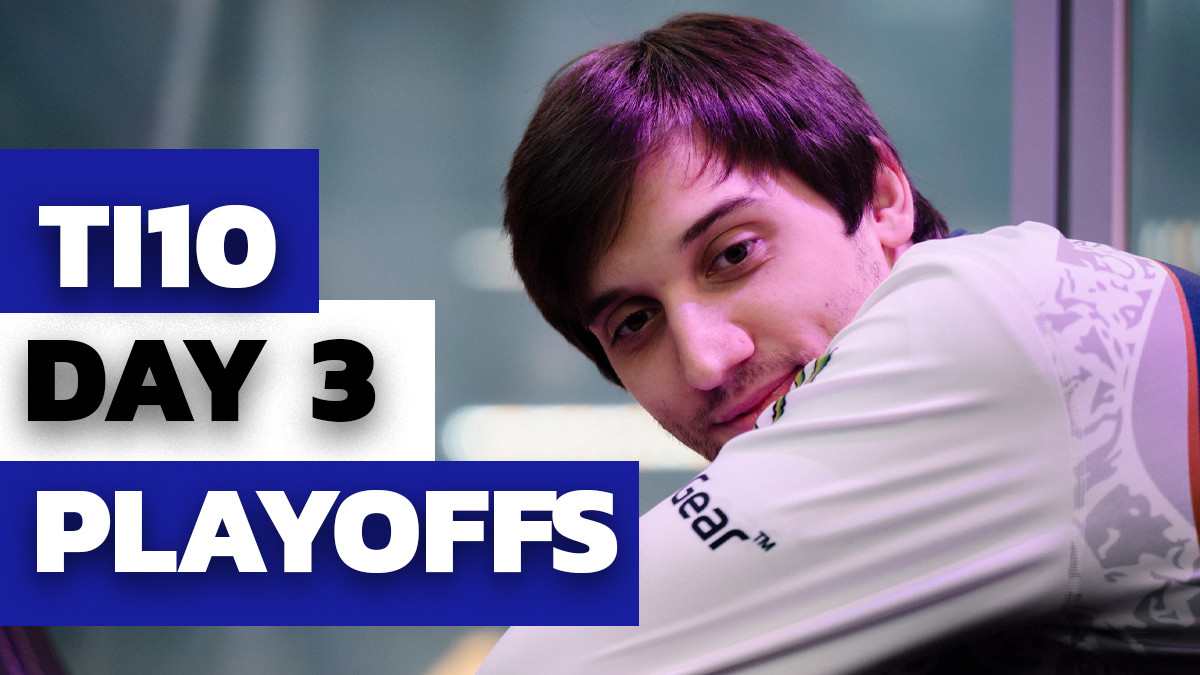 posted by Smyke,
Day three of The International 2021 saw two more powerhouses being eliminated as the games are getting more and more difficult in each series. We are getting closer to the very top of The International 2021! Day three of the Playoffs featured another four amazing series, two of them being spectacular eliminations. For both Alliance and Evil Geniuses the journey has come to an end, but each team took home a nice consolation prize of $800,400. Let's jump into the highlights and stories of day three.

After another "short" delay of the broadcast, Alliance and T1 opened the day in the Lower Bracket. Both matches were quite one-sided for T1. Especially Karl Matthew 'Karl' Baldovino had a strong showing. He finished with the most damage and most kills in each game, the 18/2/18 Ember Spirit sealing the fate of Alliance in match two.

For Alliance, their run is over now. T1 on the other hand has a tough opponent ahead: They will face Vici Gaming on Friday, 15 October.

Also, Kenny 'Xepher' Deo stole the hearts of many fans with his message to his mum: "Mama! Aku di TI!"


The dream for EG comes to an end

The second series of the day was EG vs VG, also in the Lower Bracket. Evil Geniuses started with an insane blast: Game one ended after only 22 minutes where they completely crushed their opponents 19:5. But Vici's fighting spirit was not broken and they managed to outdraft EG. Game two was a tight back-and-forth battle for 57 minutes. Game three first saw EG leading but despite Artour 'Arteezy' Babaev's Troll Warlord being incredibly farmed, the team failed to take down the enemies. Yang 'poyoyo' Shaohan's Spectre however came online and closed the match. The game also featured a crucial moment where Vici's Void barely survived a Duel and the team then turned the fight around (19:12 in the video below).

Evil Geniuses' run has come to an end after this spectacular series. Vici will go against T1 next.


Let the Golem do the work!

The battle of giants followed with Secret and IG facing each other in the Upper Bracket. Secret took the series with a clean 2-0. While the victories were no stomps, they were still pretty one-sided. Clement 'Puppey' Ivanov's Enchantress showed a sneaky strategy to take down the mid tower, as seen in the clip below. Michał 'Nisha' Jankowski finished with a flawless 14/0/11 Templar Assassin.

Secret are now in the Upper Bracket Final challenging PSG.LGD on Saturday, 16 October. The two teams are therefore also in the top three already. They might have to play against IG again, as the Chinese team is now in the Lower Bracket waiting for their next opponent.

Last but not least, Virtus.pro had to take on PSG.LGD. The Chinese squad made short work of them with Wang Chun 'Ame' Yu being unstoppable in both games. A similar scenario to the Secret vs IG series: simply outdrafted and outplayed.

With a swift 2-0, @LGDgaming maintain their dominance in this tournament as they move forward to face @teamsecret in their next and final Upper Bracket match. For @virtuspro, a battle through the Lower Bracket now stands between them and the Aegis of Champions. #TI10 pic.twitter.com/IrhvcE4wR2