The battle of the brothers and the Topson show: TI Playoffs Day 2 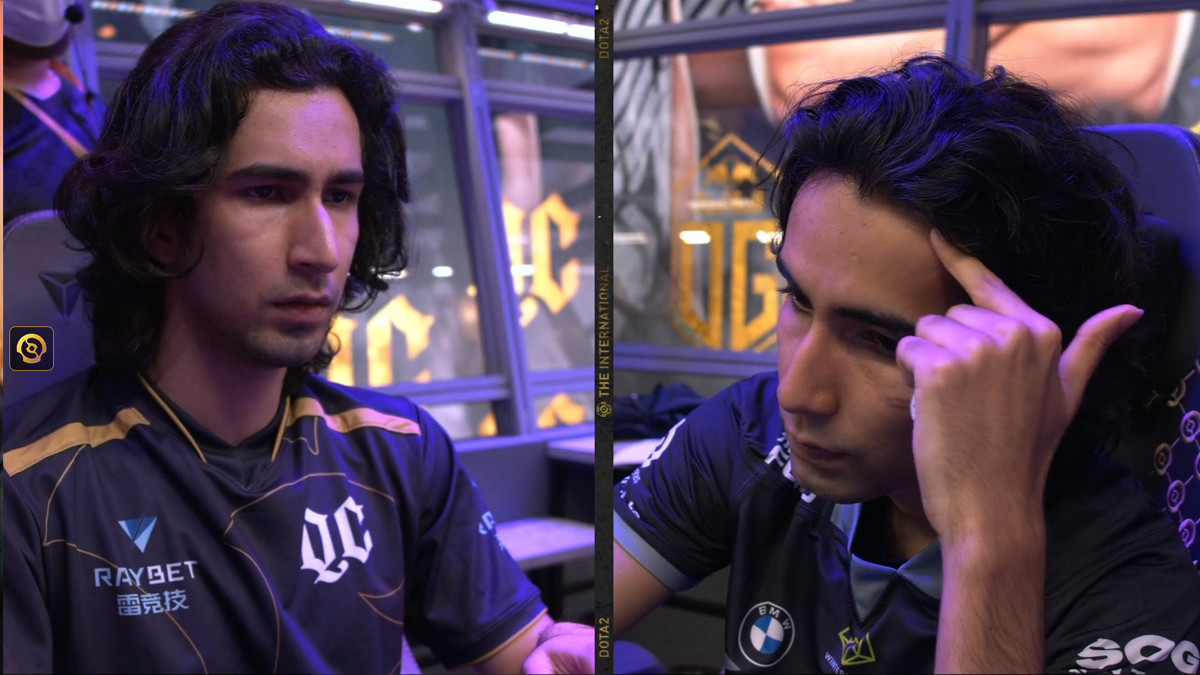 posted by NanaKrustofski,
The International 2021 keeps on giving highlight matches. Day two saw two more eliminations, as well as the highly anticipated fight between OG and Quincy Crew. Day two of the main stage featured four series: Two in the Upper Bracket and two in the Lower Bracket. While some players got a step closer to their dream of claiming the Aegis, we also had to say goodbye to two squads: Fnatic and Quincy Crew. Both rosters take home a $800,400 share of the prize pool. Here are the highlights from the second day.

PSG.LGD and T1 opened the day - and they did so with a blast. Even though the Chinese organisation managed to claim the victory 2-1, T1 put on a hell of a fight. Especially the second match was outstanding as for the first time in the history of TI, every single one of the players bought back in a huge team fight. The buyback-cascade starts at around 12:53 in the following video, so enjoy the action-packed battle.

T1 will have to face Alliance next in the Lower Bracket on Thursday, October 14. PSG.LGD will face off against Virtus.pro next, which we will highlight next.

The series between VP and Vici Gaming was next on the agenda. VP lost the first match, but then staged an amazing comeback and finished 2-1. A huge part of this success was their midlaner Danil 'gpk' Skutin who completely played out of his mind. Game two saw a 13/1/11 performance on Puck, game three peaked with a 15/3/12 Storm Spirit.

Team Spirit vs Fnatic in the Lower Bracket was next. The Russian team managed to dominate Fnatic with a quick 2-0 victory, which unfortunately signified the end of Fnatic's TI run. Carry player Ilya 'Yatoro' Mulyarchuk could not only deal a lot of damage and destruction, he also did not die once in the series. In game two his Sven acquired 31k networth in 34 minutes - more than the enemy carry and midlaner had combined. Spirit will fight against OG next on Friday, 15 October.

First fight is ours 🐉

The battle of the brothers

All eyes were on the fourth series of the day as the brothers Sumail 'SumaiL' Syed Hassan and Yawar 'YawaR' Hassan clashed in the OG vs Quincy Crew battle. The first game looked like QC had it in the bag, Yawar even securing a nice ultra kill. Then the match turned into the Topias 'Topson' Taavitsainen show as his Void Spirit ransacked the map together with n0tail's Nyx, picking up kills and taking back control. The second match featured Topson on a Dawnbreaker mid which turned out to be an extremely destructive force. With a 2-0 victory, the defending champions are still in the battle for the Aegis and advance to the Lower Bracket Round 3. Wholesome note: Yawar ended the match with a "GG gl lil bro".