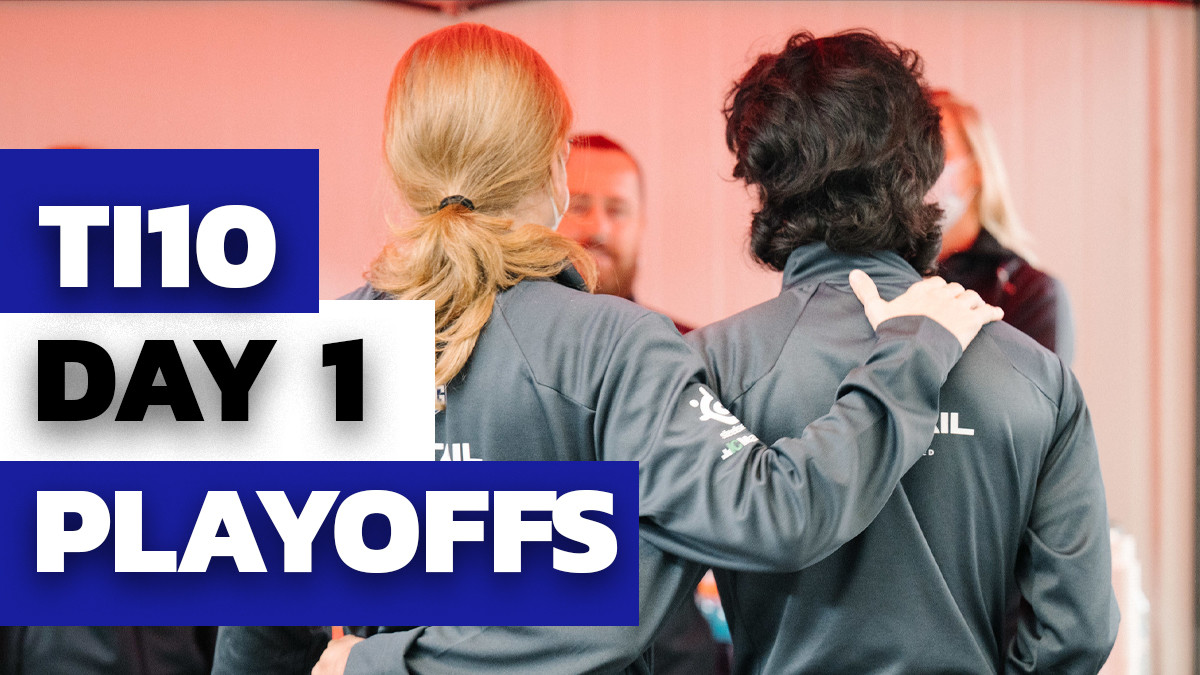 posted by NanaKrustofski,
The mainstage of The International 2021 officially kicked off. Day one featured the traditional opening series, four eliminations and amazing series in the Upper Bracket. Take a look at some of the highlight clips. The first day of the TI10 Playoffs is over and oh lord did we get some action-packed Dota 2. Two best-of-three series in the Upper Bracket and four best-of-one matches in the Lower Bracket unfolded and not a single game was predictable in any way. Let's take a look at some of the storylines and highlights of day one.

TI10 started with the traditional opening ceremony. Lindsey Stirling, JJ Lin and Darude created the perfect musical soundscape, and the viewers were teleported through the highlights of the previous world championships. The musical show was followed by welcoming words from Gabe Newell and the former winners handing down the Aegis to their successors.

Afterwards, the mainstage kicked off and the show began! First things first, four teams have been eliminated this Tuesday in the Round 1 of the Lower Bracket. With the games being a bo1 only, dreams were shattered after just one crucial match. The journey has ended for the following squads who each earned themselves $600,300 in prize money:

Their losses also mean that the following teams advanced to the next round of the Lower Bracket: Fnatic, Quincy Crew, Alliance and Evil Geniuses.

Invictus Gaming and Team Spirit opened the day. Their encounter ended with an exciting 2-1 victory for IG. The Chinese team arguably counted as one of the tournament favourites, especially after dominating the Group Stage where they finished on first place. Team Spirit on the other hand started as underdogs who surprised the scene by securing their spot in the Upper Bracket. Despite their loss, they definitely put on a strong fight with Ilya 'Yatoro' Mulyarchuk's Morphling causing the first rampage of the TI10 Playoffs. A stand-out for IG was Jin 'flyfly' Zhiyi who ended the third game with a flawless 22/0/27 Spectre.

The series was followed by a fan favourite match-up of Team Secret vs OG. The reigning champions looked promising in the Group Stage and viewers were highly anticipating the creative playstyles they will reveal in the Playoffs. However, an extremely strong Secret defeated them 2-0 and OG will have to fight through the Lower Bracket now. The series also gathered the most attention with over 1,396,000 peak viewers according to Esports Charts.

Day two will start with another highlight series. PSG.LGD take on T1 in the Upper Bracket at 9:00 CEST on Wednesday, 13 October. Additionally, there will be a battle between brothers with Yawar and Sumail facing each other in the Quincy Crew vs OG series at 18:00 CEST.

Highlight clips of day one of the Playoffs:

The Aegis gets passed between the champions

Puppey's advice for OG after kicking them in the Lower Bracket

Some monkey business from Ceb

The crowd goes WILD for the amazing commentary

Scofield with a weird new tactic