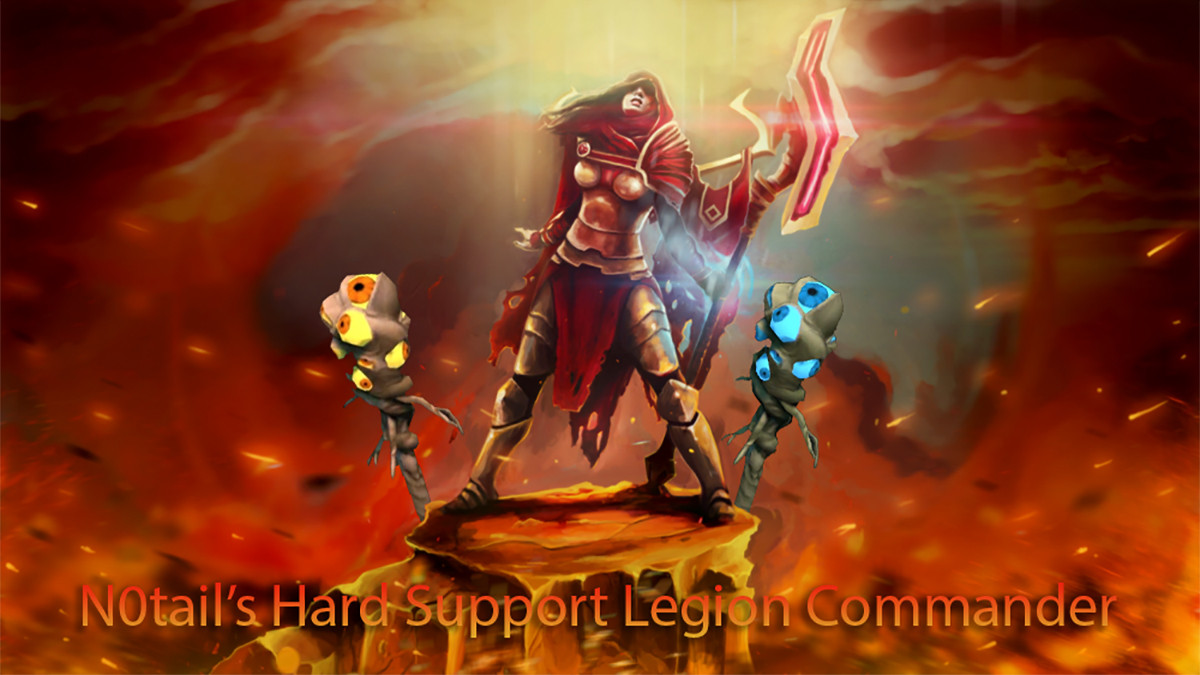 posted by Liightsdota,
With The International 2021 being in full swing, there are many interesting hero builds and playstyles to observe. Reigning champions OG surprised with a strong Legion Commander - as a support. Here is how Johan 'BigDaddyN0tail' Sundstein played the hero. The Group Stages of this year’s International have been a merciless battleground where only the most innovative teams have been rising to the top. The metagame was quite undefined as we headed into TI this year, with a series of balance patches in the few weeks leading up to the event. Prior to the Group Stage of TI, we haven’t really seen many games of top-tier Dota played on patch 7.30d. It’s always exciting to see which heroes are seen as valuable by the best players in the whole game, as well as new ways for heroes to be played in roles we’ve never seen before. Today we’re going to look at how Johan 'BigDaddyN0tail' Sundstein’s Hard Support Legion Commander build dominated this year’s TI Group Stage. 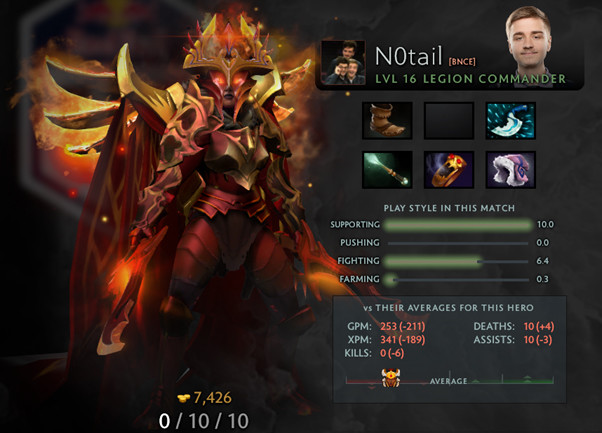 What has enabled this new playstyle?

Legion Commander has been a staple of the offlane since her arrival in Dota, but N0tail has been saving an innovative new Hard Support playstyle for TI. In the 7.30 patch, Legion Commander received a new level 10 talent, which gives +200 cast range to Duel. This additional range drastically improves the reliability of Duel in actually catching targets, particularly when Legion doesn’t have her Blink Dagger yet.

The second major factor in this hero’s rise to prominence is the sheer power level of her Aghanim’s Shard, which makes Press the Attack apply magic immunity. This makes it one of the most powerful support abilities in the game, purging stuns and allowing a core to get a little bit of breathing room in the fight with the brief burst of magic immunity.

How did the build take off in the Group Stage?

In OG’s very first match of TI this year, they picked a Legion commander as an offlaner for Sebastien 'Ceb' Debs. They defeated Alliance with the pick and set the precedent that they see a lot of value in the hero. In their next series against Thunder Predator, OG picked Legion again, but this time it was played by N0tail as a Hard Support.

From there, OG continued first picking N0tail’s Legion commander through both of their wins against T1, and other teams starting picking it up, with Zhang 'y`' Yiping of team PSG.LGD adopting N0tail’s build in one of the later group stage games.

How does N0tail build and play the hero?

N0tail’s skill build takes advantage of the power of Overwhelming Odds to secure Ranged Creeps in the laning phase. This is one of the major reasons that a position 5 Legion pairs so well with carries like Clinkz who lack a good way to secure those all-important Ranged Creeps. With the addition of a single point of Moment of Courage at level 3, Legion Commander becomes a fearsome hero to trade with during the early game. From there, N0tail focuses on maxing out Press the Attack as soon as possible, as that is the main skill that the support build revolves around.

This playstyle revolves around extremely good positioning, with the support Legion acting as a save hero for her cores that are playing dangerously, very similarly to an Abaddon. With the extra cast range on Duel becoming available at level 10, Legion Commander is able to lock down crucial enemy cores from far away even after they activate their BKBs. As a support, N0tail isn’t too concerned about winning a Duel to build damage, but rather relying on the spell purely as a control option.

N0tail uses his early gold on small support items that will help him sustain health and mana, most importantly he always gets a Soul Ring to ensure that Press the Attack is available whenever it is needed.The one big item that this build revolves around is the Aghanim’s Shard, which gets purchased immediately at 20 minutes in every game. Magic immunity is one of the strongest effects in all of Dota, and having it accessible in a clutch moment is completely game-winning. From there, all the other items N0tail purchases are to help him land opportune Press the Attacks and Duels, going Blink Dagger, Force Staff, or even Aether Lens depending on the particular game.

By having the ability to play Legion Commander as both a Hard Support and an Offlaner, OG has gained a lot of versatility in their drafts as games begin on the Main Stage.

Have you seen N0tail’s Support Legion Commander build in your pubs yet?