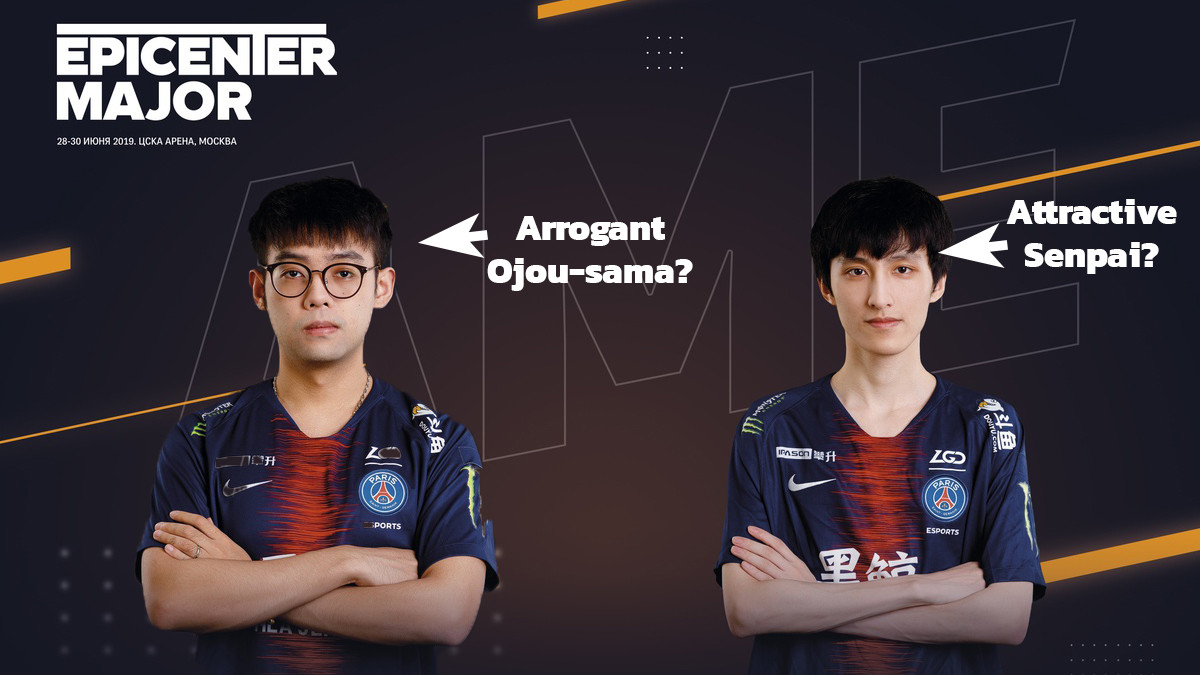 posted by NanaKrustofski,
Did you know there was a light novel about PSG.LGD and OG? And that mean fans sometimes call Ame "Atme" for giving money to enemies when dying, like an ATM machine? If not, then let's dive into the entertaining world of Chinese Dota memes with Clean_Formal4357. What would Dota be without all its glorious memes? The esports scene thrives off fans cheering for players they consider interesting in one way, be it through their playstyle, personality or story line. Memes can help with the relatability of a player, but in Dota, the regions are partially separate due to the language barrier.

The Reddit-user Clean_Formal4357 shared an entertaining thread with memes and stories about PSG.LGD and other Chinese teams as he noticed that some fans feel quite distant to the Chinese scene. He allowed us to create an article about his thread, so buckle up for an interesting ride.

We highly recommend you check out Clean_Formal4357's original post as he shared many more stories there. But for now, let's start the meme review with four examples! 👏

Wang Chun 'Ame' Yu changed his in-game ID to 萧瑟 (xiāo sè) which stems from ancient Chinese poems. The characters signify the sound of wind going through leaves. It is used to express the chilliness and depression one feels in a season of loneliness, so Clean_Formal4357. Ame first used this ID after TI9 where they failed for the second time to claim the Aegis.

Ame not only has a term for depression and loneliness, but also for his insane farming abilities. As an example, he set the record for the most last hits per minute at a TI this year. When he has a bad start and then still ends up at the top of the networth, fans would spam "making money out of the crotch" in the chat as a compliment for his skills. However, if Ame messes up and dies while farming, some jesters might call him "Atme" as he gives money back to the enemies like an ATM machine.

A light novel with OG?

Anime fans listen up, there is a post in a Chinese forum with the title "I got surrounded by all the bijins (beautiful girls) in my school, what should I do? - Story for Ame". This is basically a harem light novel where the current and previous players from LGD, as well as some members of OG were femalized. The meme around protagonist Ame-Senpai got so popular, he sometimes was just called 仙贝 which is a rice snack that has the same pronunciation as senpai. The novel also features for example n0tail as a tsundere, Xinq as an evil loli or Maybe as an arrogant ojou-sama. Sounds intriguing, right?

Yao 'Somnus' Lu aka Maybe is not only nicknamed an arrogant girl, there also used to be the meme of the wild caveman. Apparently, he forgot to pack his razor for the EPICENTER XL and he grew an untamed beard. He was also playing extremely aggressive and reckless which added to the nickname.


What other memes from the different regions do you know that not every Dota fan might be aware of?