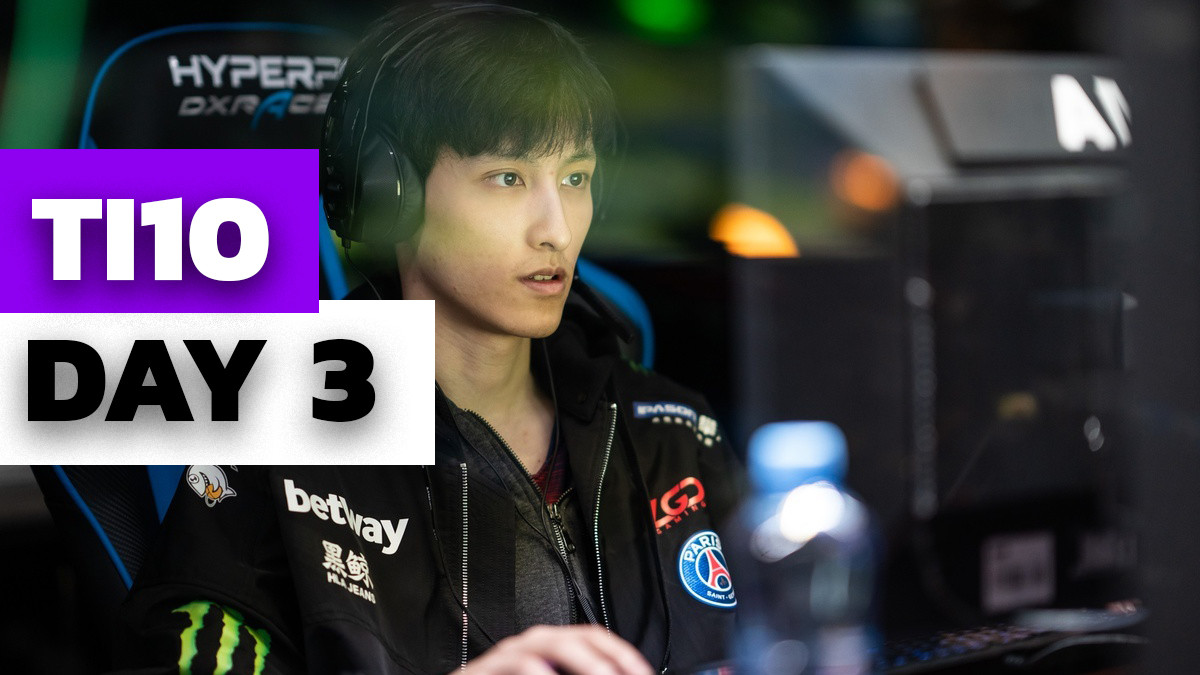 posted by NanaKrustofski,
The third day of the Group Stage of The International 2021 is over. Not only did we learn that even the best players in the world can forget to pick up the Aegis, the first three days also featured some interesting records in TI history. Time surely does fly when you're having fun. The third day of The International 2021 is over after once again 40 amazing matches of top-tier Dota 2.

The very best teams are setting themselves apart from the other contenders and two of the topdogs already secured their starting position in the Upper Bracket: PSG.LGD and Invictus Gaming. Both are leading their group with a score of 5-1-0 (11-1) and 6-1-0 (13-1) respectively.

Day three also brought the first elimination of TI10: With a current score of 0 victories and 14 losses, Thunder Predator can no longer make it to the main event. They will however fly back with an additional $100,000 USD in their bank accounts.


New records are set at TI

As the official account for TI shared on Twitter, there have already been some all-time records regarding performances at TI.

Egor 'Nightfall' Grigorenko set a new record with 1,067 XPM. The carry achieved this milestone in a match against Alliance with Medusa. He finished the game on level 25 after 27 minutes and a 10/0/8 killscore.

Artour 'Arteezy' Babaev left his anger out on some towers as with 31,119 points, he has the crown for the highest building damage. He broke the record in a match against T1 with Troll Warlord. His items: BKB, Abyssal Blade, Sange & Yasha, Satanic, Eye of Skadi, Power Treads, Maelstrom and The Leveller as his Neutral Item. The encounter also brought the highest number of couriers in a TI game with 11 casualties.

Wang Chun 'Ame' Yu turned out to be the king of farming: He set the record for the most last hits per minute with a score of 15.95. His Terrorblade against Fnatic ended with 657 last hits after 41:11 minutes. He also got 13 denies in that game.

Only a few days into Group Stage and teams are already setting new records in their pursuit of the Aegis of Champions. #TI10 pic.twitter.com/b3OzyqRHyO

The fourth and final day of the Group Stage will kick off at 9:00 CEST this Sunday, 10 October. There will only be three blocks of series tomorrow which results in 24 games in total.

Double-TI winners OG forget to pick up the Aegis

TORONTOTOKYO with a rampage