Team Spirit show off their disappointing practice room for TI 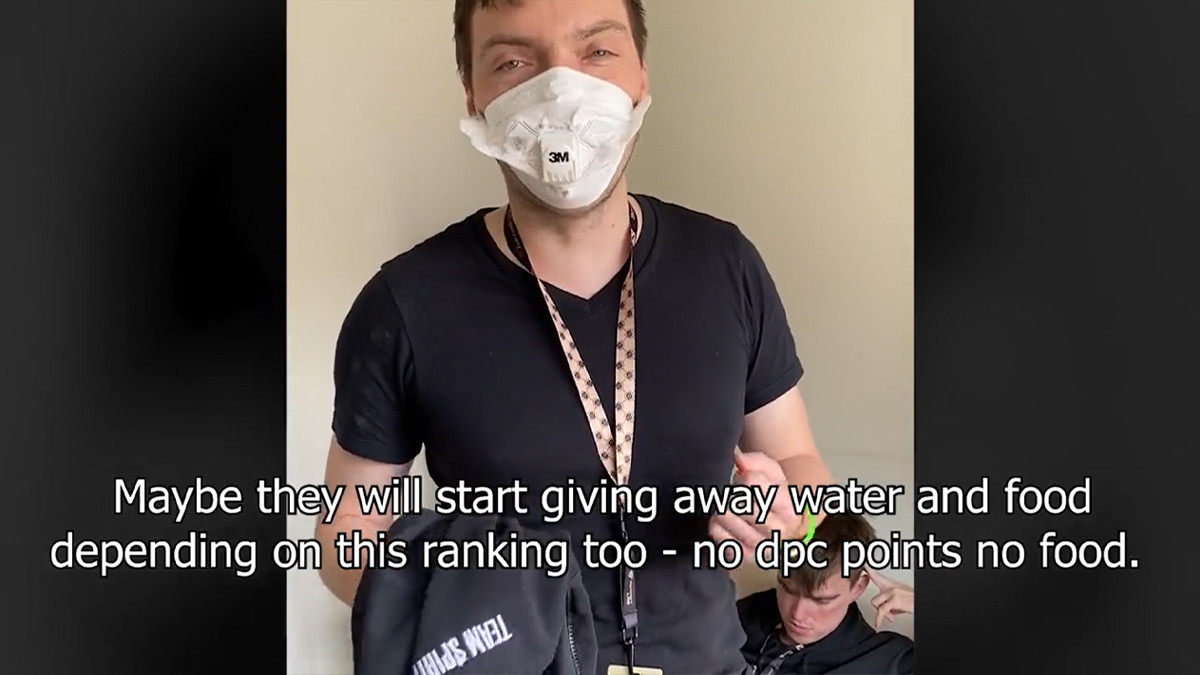 posted by Smyke,
Do you need to be able to move your body when playing Dota 2? Apparently not, as Team Spirit will have to play the Group Stage of TI10 in a narrow remodelled kitchen room. Russian organisation Team Spirit posted a video showing their practice room for The International 2021 – and it does not look like the suite you would expect for athletes in the biggest tournament of the game. A narrow chamber, no internet and not even toilet paper was waiting for the team.

Fresh news coming from the manager of our Dota roster! @Korb3n shows how the practice room looks like and talks about problems which our players have faced 👇🏻#SPIRITIX #SpiritDota pic.twitter.com/lum1NoDIRp

DPC Points determine which room the teams get

The video starts with Dmitrii "Korb3n" Belov walking into the practice room: a remodelled kitchen stuffed to the brim with desks, PCs, chairs and people. The width of it does not even allow the players to recline the backs of their chairs. Korb3n also emphasized that this will be the room they have to play the Group Stage in.

The team visibly tries to make the best out of the situation and does not miss a beat to crack jokes. However, they also mention that the PCs don't have Windows activated and they did not have internet connection shortly before the practice games were about to start.

Apparently, other teams got better practice rooms as they were distributed according to DPC points. While Spirit were able to show their strength during the DPC, they fell short of qualifying directly and had to fight their way through the Open Qualifiers.

It would be interesting to get footage from other teams about their practice rooms – Maybe with enough DPC Points, there is even toilet paper in stock!