Gareth: From finding his voice to getting to TI | Position 6 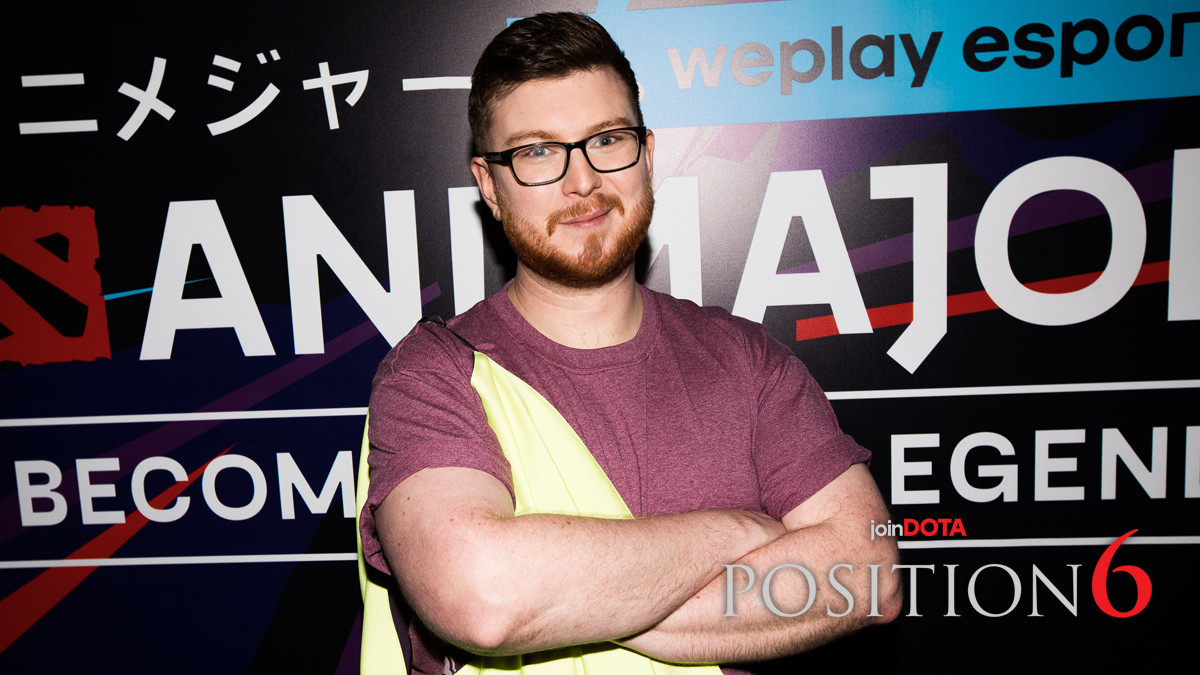 posted by NanaKrustofski,
The most recent episode of our Position 6 podcast features our very own Gareth 'Gareth' Bateson. Dan Offen asked our Briton about his preparations for his panel work at The International and finding his own style of casting.

Our lovely coworker Gareth has been involved in DotA since its early days as he used to live in South East Asia where he spend his time in LAN cafés. In 2012, he then started his career with casting and eventually became a fulltime part of joinDOTA in 2015.

During the past year, the 32-year old covered the South American DPC seasons and worked at the WePlay AniMajor. The next big step for him: Working at The International 2021.

Finding your voice is crucial – Keeping MMR is not

Gary explains how he has worked on improving his casting and "finding his voice" over the years. He also talks about how he used to rely on being on of the high MMR casters. While he knew what was going on in the game, he struggled to convey the messages he wanted to. In the past years, Gary flipped this around:

Your job, especially as a play-by-play caster, isn't to be the person that knows the most in the room. Yours is to tell a story and kind of unfold the game for the viewers and make sure they understand what's happening.

He then talks that he had to accept that it is simply not possible to know every single detail of the game. Gary jokingly adds that sometimes, even his co-caster Dominik 'Lacoste' Stipic will turn to him and say that they have to test something later in a lobby.

I don't think there is anything negative about putting your hands up and saying 'I'm not sure'.

Preparing for TI in all areas

With TI already commencing next week, Gareth of course is in full preparation mode. From voice exercises to researching players, over to watching replays and creating storylines, all needs to be rehearsed and remembered. Additionally, the Briton is also watching non-Dota content for inspiration, such as broadcasts from other esports or traditional sports. He explains that for a long time, it was common for Dota play-to-play casters to have one particular style – which can become boring over time.

He also tries to implement different verbiage from other areas. As an example, he points out Kurtis 'Aui_2000' Ling wh brought up "ghost-pushing" at the AniMajor.

One person with one phrase, just enlightend an entire arena of people.