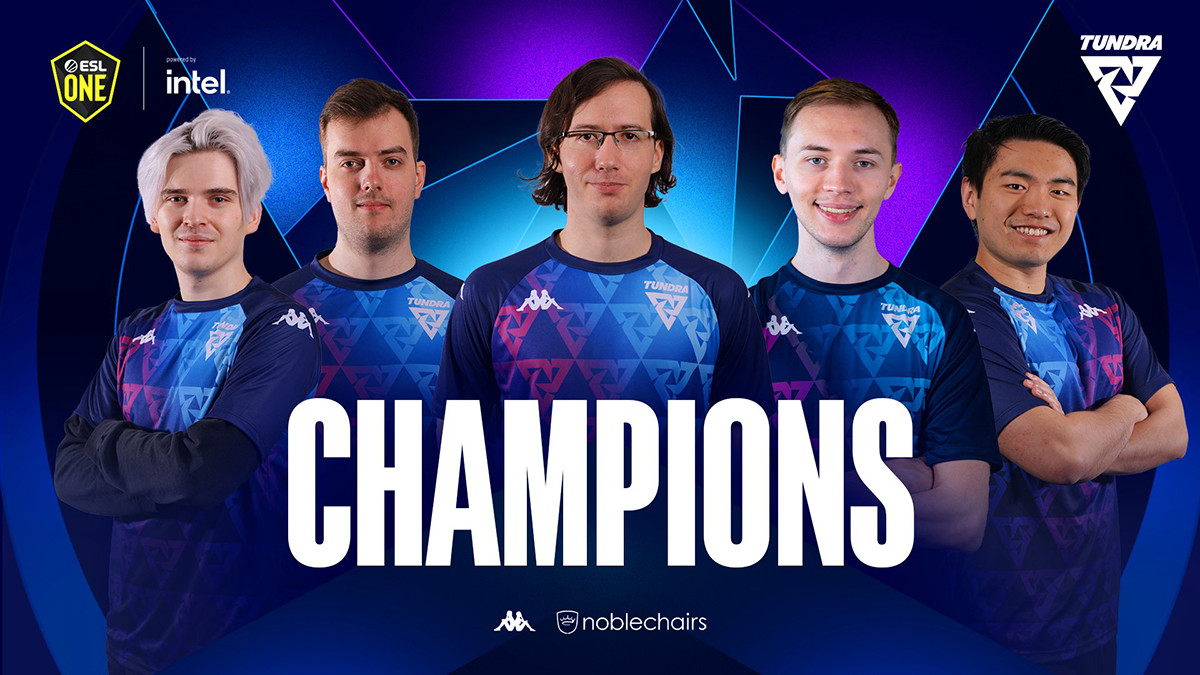 posted by Smyke,
The European organisation Tundra keeps the steep path towards success as the line-up claimed the trophy of the ESL One Fall 2021. The team to beat in the finals was no other than Chinese juggernauts PSG.LGD. No TI participation? No problem, Tundra Esports simply win other tournaments with style. The European team could take home the trophy in the ESL One Fall 2021 this Sunday after a 3-2 Grand Finals victory over PSG.LGD.

Tundra showed a strong performance throughout the entire tournament. They started with a solid 4-0-1 standing in the Group Stage, only losing to the group leaders Virtus.pro. Then they went undefeated into the Grand Finals where they overtook LGD in a neck-to-neck series. On their path to the top, they also met VP again and claimed the revenge series with a clean 2-0.

Fans are happy to see the squad have success and win $175,000 in prize money. The team had to play tiebreakers in both DPC leagues, barely missing the Majors. They then finished the TI Qualifiers on second place after 3-2 Grand Finals against OG, once again barely missing the mark.