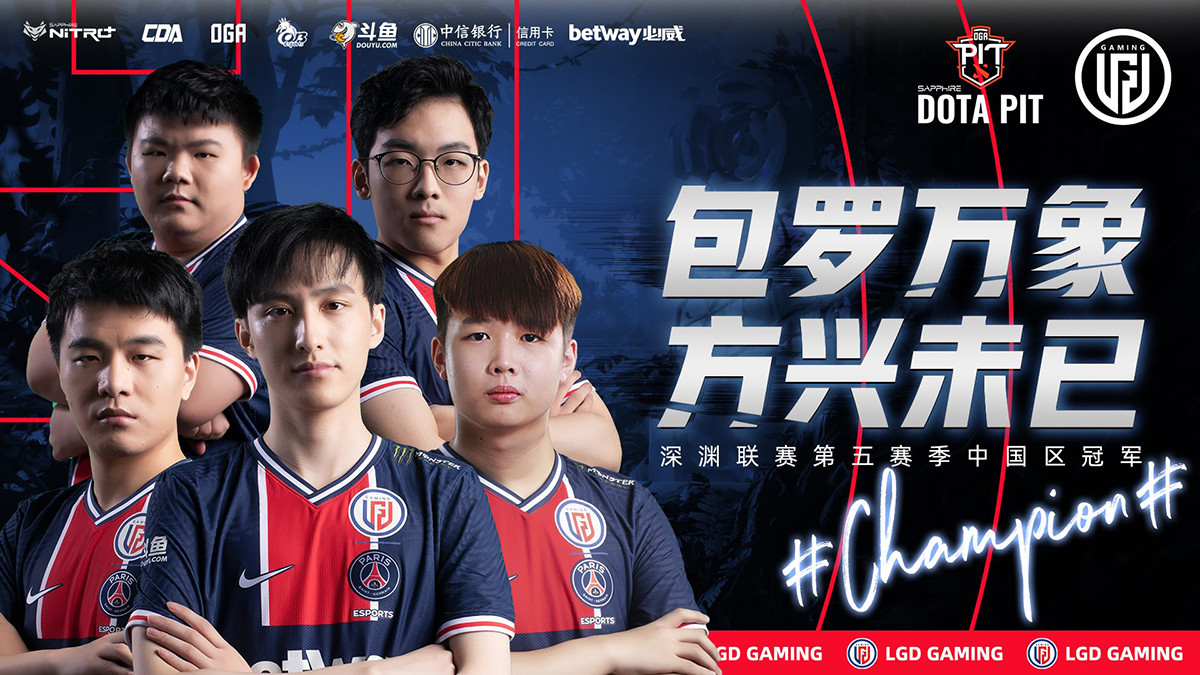 posted by NanaKrustofski,
Stale patch? PSG.LGD could prove that there are still innovative strategies possible in the current meta that even lead to winning the OGA Dota Pit Season 5: China. Perseverance is the key to success: PSG.LGD managed to win the OGA Dota Pit Season 5: China this Monday with a clean 3-0 victory against Elephant. By winning the event, the team also takes home the lion's share of the $150,000 prize pool.

One more CHAMPION!🔥🔥🔥
It is a great affirmation and encouragement for us before heading to Romania.
Always on the way.#PSGLGD #LGDGaming pic.twitter.com/abRiCZJKyA

PSG.LGD were very close to winning the OGA Dota PIT several times. They finished second place in three of the four previous iterations. In the most recent edition, it was Elephant who conquered them in the Grand Finals.

Now the team could turn the tides. Initially, they dropped to the Lower Bracket after the first series and had to fight their way to the top with a constant risk of elimination in their back, PSG.LGD could shine in the Finals. All three matches were extremely one-sided and only lasted for under 30 minutes each with all players performing extremely well.

PSG.LGD are having some fun with the current patch, picking a position 1 Pudge in some of their games. The squad also pulled out a surprising Techies pick in their series against Team Aster. The game featured their coach Zhang 'xiao8' Ning as a stand-in for Cheng 'NothingToSay' Jin Xiang as well. Needless to say when watching the following clip, Aster were not happy about the Techies.