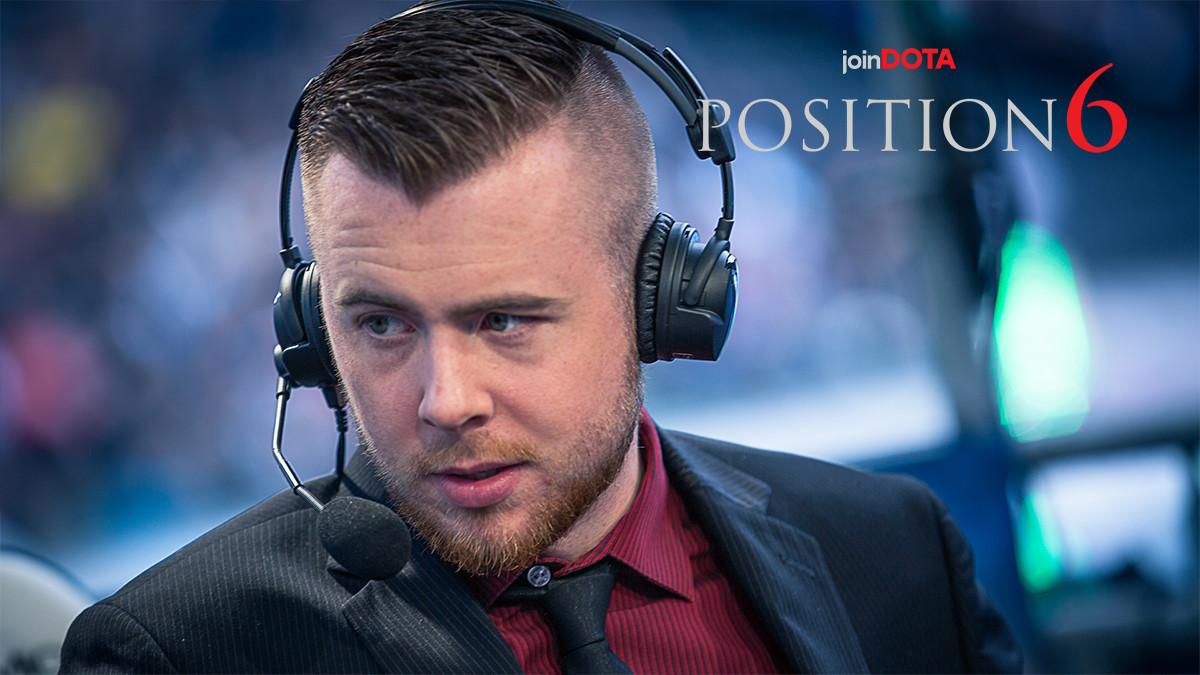 posted by joinDOTA Staff,
This week on Position 6: caster legend Austin 'TheCapitalist' Walsh joins host Dan Offen for another talk on your favourite Dota 2 podcast! Third time's the charm: Capitalist has been a frequent guest on Position 6 and returns for a third round of our beloved Dota 2 podcast. The two talk about Capitalist's career, caster duos to keep an eye on, and casting with a new partner.

Who's the best caster duo?

This time around Dan talks with Cap about the current state of his career, especially since the star caster has joined forces with Kyle 'Kyle' Freedman. The two are considered the gold standard of casting in Dota at the moment, although there are other contenders on the rise. In his opinion, Troels 'syndereN' Nielsen and Shannon "SUNSfan" Scotten are on their way to becoming the hottest duo.

"They are a new duo, they're getting a lot of hype. It feels very similar to the rise that me and Blitz had at one point in time," explains Cap. Although he doesn't think that any duo is better than the other, Capitalist is confident that he is still the stronger play-by-play caster than SUNSfan. This doesn't mean they are in any kind of rivalry, but Kyle and Cap need to put in a lot of work "to stay ahead of them."

"I'll always be comfortable with Kyle"

Of course, Cap also talks about the difficulties he experienced after his partner in crime William 'Blitz' Lee left the caster desk to coach Team Liquid. However, our guest is perfectly aware that he is an entity in his own right although he has to acknowledge that being part of a duo unleashes one's full potential: "The whole was greater than the sum of the parts. We were a really good example of that because we had that great synergy." Accordingly, it's almost impossible to live up to such a legacy afterwards.

"My biggest concern with originally partnering up with Kyle was that we would be too similar to me and Blitz. I really wanted to develop something that is unique and away from me and Blitz." It was important to Cap to display his diversity within the Dota scene, not being interested in any other game. But will this work out eventually? According to the American, the simple answer is yes. "I'll always be comfortable with Kyle 'cause he is one of my better friends in the Dota talent." The two go way back, and in fact, Kyle was one of the first people Cap co-casted with in HoN.

If you want to listen more about the Cap and a look behind the scenes of Dota, check out the whole episode here.