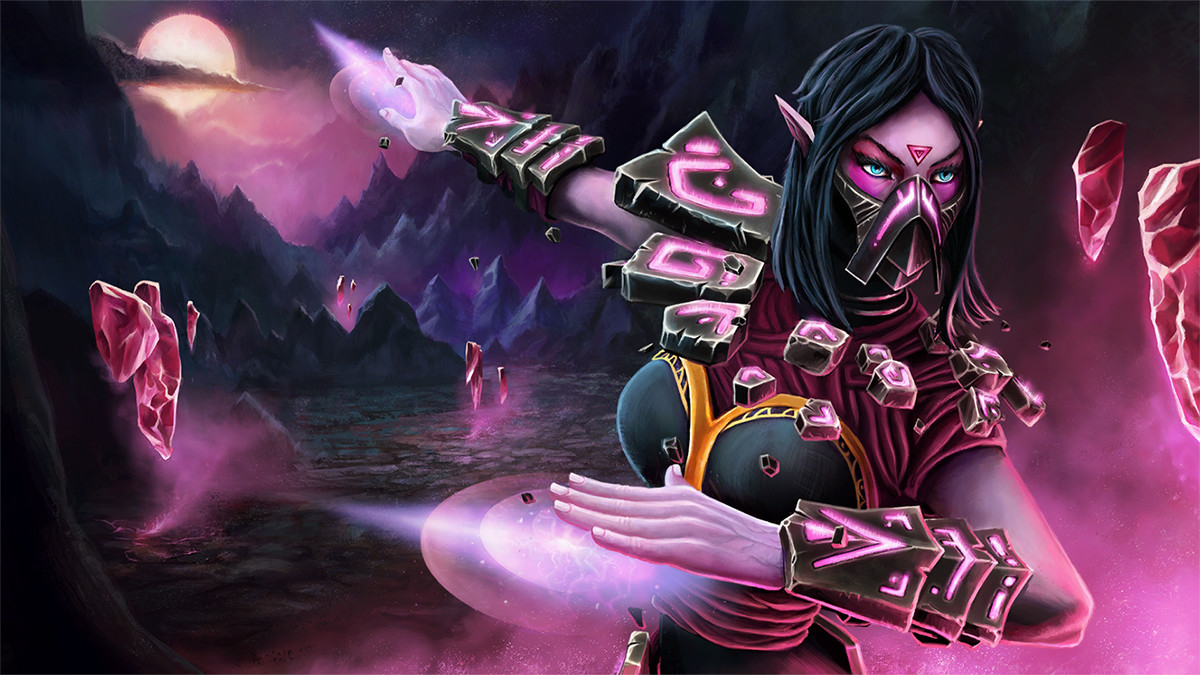 posted by Liightsdota,
Are you bored of playing the same heroes over and over again? Why not try out some new carry strategies that are also extremely effective!
The 7.29d patch has been out for quite some time, giving the metagame an opportunity to evolve and shift during this period. At the start of the patch, the biggest focuses were on playing a style of Dota that revolved around keeping extremely tanky heroes alive with massive healing. This focus led to the adoption of some of the most successful support heroes in this metagame, like Winter Wyvern and Abaddon. As many teams were trying to out-sustain their opponents, it led to the rise of powerful burst damage heroes like Lion and Lina to help secure that crucial first kill through healing.

The carry position has also evolved during this patch, with carries trying to come online and contribute at increasingly early timings in the game. This strategy allows your carry hero to become an overwhelming burst damage threat before the opponents have accumulated enough items to survive that damage.

This idea of trying to hit the earliest timing possible for the carry has shaped the way that all the side lane positions play the game. Stacking is absolutely crucial in this patch, with pro supports utilizing it extensively to accelerate the farming speed of their carries beyond what would be achievable if the carry player was farming alone. By having the supports double stacking constantly, they’re effectively making the jungle worth more gold while it’s clearable at a similar farming pace.

When supports have left the lane to stack (frequently as early as minute 3 in this patch), carry players are able to secure lots of lane farm provided that they are a threat during the laning stage.

Therefore, the three most crucial aspects for position 1 heroes in this patch are:

1. Early laning power
2. Having the ability to quickly clear through stacks built into their kit
3. Access to burst damage when they’re farmed

As a result, teams have begun adopting carry heroes which were traditionally played in another position, who actually make great position 1 because they fit the three crucial carry qualities for this patch.

Templar Assassin has always offered excessive burst damage and the ability to tear through the jungle faster than almost any other hero in Dota. Historically, however, this hero has fallen off as the lategame approaches, putting her team on a timer to close out the game. In recent patches, this weakness of TA has been addressed by the addition of some powerful lategame talents, like Meld causing her attacks to Bash. Her Aghanim’s Scepter, which allows her to teleport to any trap she has placed, enables Templar Assassin to rapidly rotate around the map and keep sidelines pushed in during situations where it would have been impossible to, previously.

TA perfectly fits the crucial qualities of a carry in this patch, which has led many teams to great success with her as their position 1 hero. A farmed TA is one of the most devastating threats in the game to enemy supports and she’s frequently going to get tons of farm thanks to Psi Blades and her powerful laning presence. Perhaps the strongest aspect of this hero currently is her absurd +100 Psi Blade range talent. When combined with a Dragon Lance, each attack she puts out has an absolutely massive splash distance which allows her to constantly throw damage into the enemy backline in teamfights.

While this hero has conventionally been played as an offlane initiator rushing for a Blink Dagger, a new build revolving around Axe’s Aghanim’s shard has allowed the hero to find new life in the carry role. As a carry Axe, players have been going for Vanguard into Manta Style. Because your illusions also have the Counter Helix passive, illusions of Axe are some of the strongest you can create. These illusions serve double utility, greatly accelerating Axe’s farm when they’re sent running down lanes, as well as providing massive pure damage from spins after you initiate upon a target.

Axe’s incredible farming speed, and his ability to clear stacks more quickly than any other hero, have made him a devastating carry to play against right now. There are very few heroes in the game that can survive a Blink + Call with three Axes spinning on top of them. This pickoff and initiation advantage that you usually don’t get from a carry hero allows the Axe’s team to control teamfights and ensure that they’re always the team dictating the pace of the game. The only caveat to picking this hero as a carry is that you usually want to have some more building damage from another core in your draft.

Magnus is one of the few heroes in this game that has been played successfully at the competitive level in every position, from 1-5. In this patch, he fits many of the qualities that make a fantastic carry hero. Magnus has always had a pretty strong laning phase but, by placing him in the safelane, the hero is actually a bigger threat than when played in other roles. As the safelane tower is so close to where the lane equilibrium meets, carry Magnus players have great opportunities to Skewer their opponents under the tower successfully.

This hero has frequently been used to accelerate the farm of another carry, but he actually receives twice the splash damage amount when Empower is applied to himself. This lets Magnus absolutely evaporate stacks, especially once he’s quickly finished Echo Saber to further enhance his farming capabilities. Having a Magnus as your carry rather than an offlaner allows the player to wait for your primary initiator to start the fight first. This gives Magnus the opportunity to wait for the fight to develop and enemies to clump up before he drops a massive Reverse Polarity.

While the original plan wasn’t to include Pudge in this article, the most popular hero in all of Dota 2 has been played extensively as a carry hero in the last few days. Wang Chun 'Ame' Yu of team PSG.LGD has played Pudge carry five games in a row during Dota Pit Season 5. Pudge actually fits the three crucial elements of carry heroes in this patch extremely well, offering easy Hooks under tower when he’s played in the safelane. This hero’s timing is extremely early and hooking an enemy into your team always provides plenty of burst damage.

Ame’s build focuses on building a little resistance to both physical and magic damage, through Phase Boots and Hood of Defiance. After that, he rushes for an Aghanim’s Scepter. Carry Pudge largely revolves around the timing that you can complete that Scepter and begin forcing opponents to take fights. By massively increasing the area and damage provided by Rot, Pudge becomes an absolute terror if this item is acquired early enough. By having this hero as your 1 position, this build can be completed around 20 minutes into the game, when opposing supports will be left running in fear.

The current patch has changed the carry role drastically, allowing the opportunity for lots of creativity. This has opened the door for many carries who have never been played in that role previously. While many traditional carry players might scoff at these new era picks, they’re actually incredibly good right now and you should give them a try!