Meet one of Dota's creative artists: Interview with Shaylyn Alia 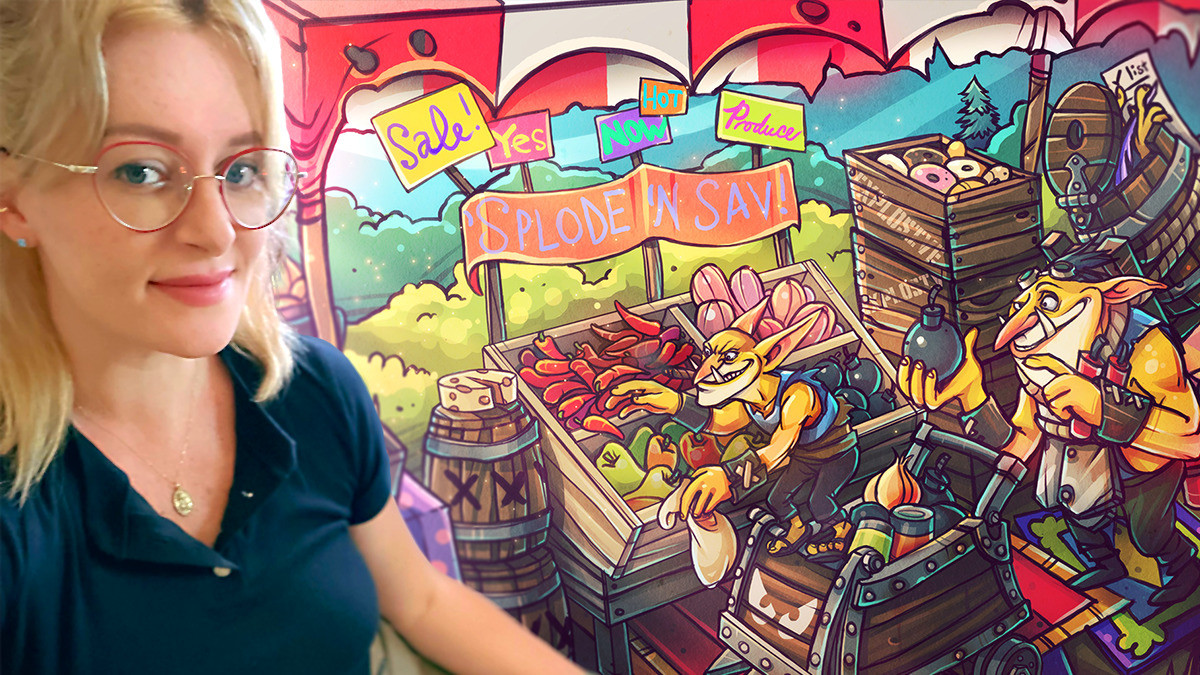 posted by NanaKrustofski,
Ever wondered, how these beautiful skins you collect for your heroes come to life? We asked Dota 2 and CS:GO artist Shaylyn Alia about the process of creating a set, her past work, inspirations and how she obtained these skills. jD: Can you tell me a little bit about your job in general. What are you doing, what’s your involvement with Dota and CS:GO?

Shaylyn: I like to consider myself a character artist because it's my favourite thing to do, but I also work on environments and props. I also prefer handpainted-style. Since I'm a self-employed artist, if something comes up and sounds cool, I'll just do it.

CS:GO and Dota are two very different games and therefore the art you do is very different. Dota is more modeling-heavy and CS:GO tends to be more on the illustrations side. CS:GO is also more free as there is the open workshop, whereas in Dota you make things at specific times with the Call to Arms.

jD: Is this your main occupation or do you also work on other projects?

Shaylyn: I keep myself really busy with the workshop. I also do contract work with indie studios, but for the most part, everything that I've been working for in the past many years was all related to videogames.

jD: You've been approached by Valve in the past, how exactly does that work?

Shaylyn: It's different depending on which team at Valve is responsible. They most likely look for an artist that has a style they are aiming for in each case and then ask that person if they'd be willing to make some stuff on a contract basis. It's a whole lot of fun, I love working with the CS people. I also did some work for the Underlords team, it was so much fun as it was all hand-painted stuff.

jD: You’ve also done worked on a Dota music video for Awolnation and Red Bull, can you tell me more about that?

Shaylyn: The animator, Maxime, had agreed to do some work. Red Bull Records did some promotion tie-in for Awolnation where one of their music videos, Max adapted it in Source filmmaker with Dota characters. I helped him by making the bar scene. So I recreated the bar from the original video but made it look like the Sundered Moon bar in the Dota comic.

jD: About your degrees (Master of Interactive Technology and a Bachelor of Fine Art), what did you learn in regards of designing and animating skins? Would you recommend the same path for people who want to learn creating skins?

Shaylyn: I took a weird educational path as I didn't know what I wanted to do for a long time. First I studied languages, then switched to a semester of music composition and eventually settled on Fine Art with a focus on art history and drawing. None of that was particulary helpful for what I do now, except for when majoring in Fine Art, you do learn how to critique, view your own art and history can inspire you. I didn't specifically learn modelling in college for example. That came in grad school for the Master's degree when I went to the SMU Guildhall which is geared to getting people in the game industry.

For people who want to get into this field, I don't feel like you have to pay for school to learn these things. The internet has come a long way with tutorials. Look at artists that you like, see what they make, analyse their style. Always look at your own work and evaluate.

jD: Could you talk me through the different steps of creating a skin, from start to finish?

Shaylyn: For Dota Call to Arms, usually there is a theme. The first thing I do is to search for inspiration. I might look at architecture, do research on mythology or even historical stuff. You want to come up with an idea that helps the set to stand out, like with storytelling in the details for example. Then I take a look at which heroes did not get a set recently and what's their budget for polygons.

Afterwards you start your concept or partner with a concept artist for that. Once you got your design sorted out you start to sculpt the high-poly version. After that, you have to make a low-poly version that is the actual geometry that goes into the game. So one is for the loadout and one for the game. Then you start colouring and doing the texture. Photoshop, Substance Painter or 3D-Coat are popular programs for that.

Once that's done, you have to "skin" your models so it can move on the character. And if you're doing a courier, you have to make all your own animations. You used to make a loading screen and promotional materials, which is still important to certain degrees. That's it, then you submit it!

jD: How long does it take to complete a skin design on average?

Shaylyn: The shortest set I ever made was four days, the longest was like a month and a half.

jD: Which piece are you most proud of?

Shaylyn: For CS, it's the one I'm working on right now for the Dreams & Nightmares contest. It's basically a psychedelic illustration of a dreamscape with lots of colours. I had to design it in a way where I could move around some of the elements to adapt to different weapons. I redrew it like four times until I was happy with it as I wanted it to be a good representation of my favourite style to work in.

For Dota, artistically the Quetzal set I made for Dark Willow for a TI Call to Arms. She had a really great budget so I was able to design a lot of details and really could make it how I wanted it to look.

The latest CS:GO skin I've been working on is a custom-painted finish for the AUG with a psychedelic sci-fi theme!

✨You can check out more screenshots and gifs on the Workshop submission here:✨ https://t.co/WQV1AhLyR8 pic.twitter.com/rTDmFo903P

jD: What are your most popular designs that made it into the games?

Shaylyn: The things my friend Wes "DrySockett" Parker and me received the most comments on was this pack of particle effects we made with DotaCinema back in like 2014. We still get comments on this stupid thing that was never even added (laughs). The Iceforged and Timberthaw set for iceiceice were very popular. In general, I tend to get a lot of feedback for couriers.

jD: What was your inspiration for the Bearzky courier?

Shaylyn: So it was going to be for the Canada Cup tournament. We decided on making a mini Ursa and went with the polar bear route to make it more Canadian. His hockey stick and name directly came from Wayne Gretzky, a popular hockey player. There was some "drama" with Valve first as they said the hockey stick was not fitting into Dota's lore, but we could then argue that there was a courier that has a skateboard (laughs). We had to change it to a stick with a bag at the end instead, but then we were allowed to use the hockey stick. It also had Ursa-talismans hanging from it to make it more Dota. 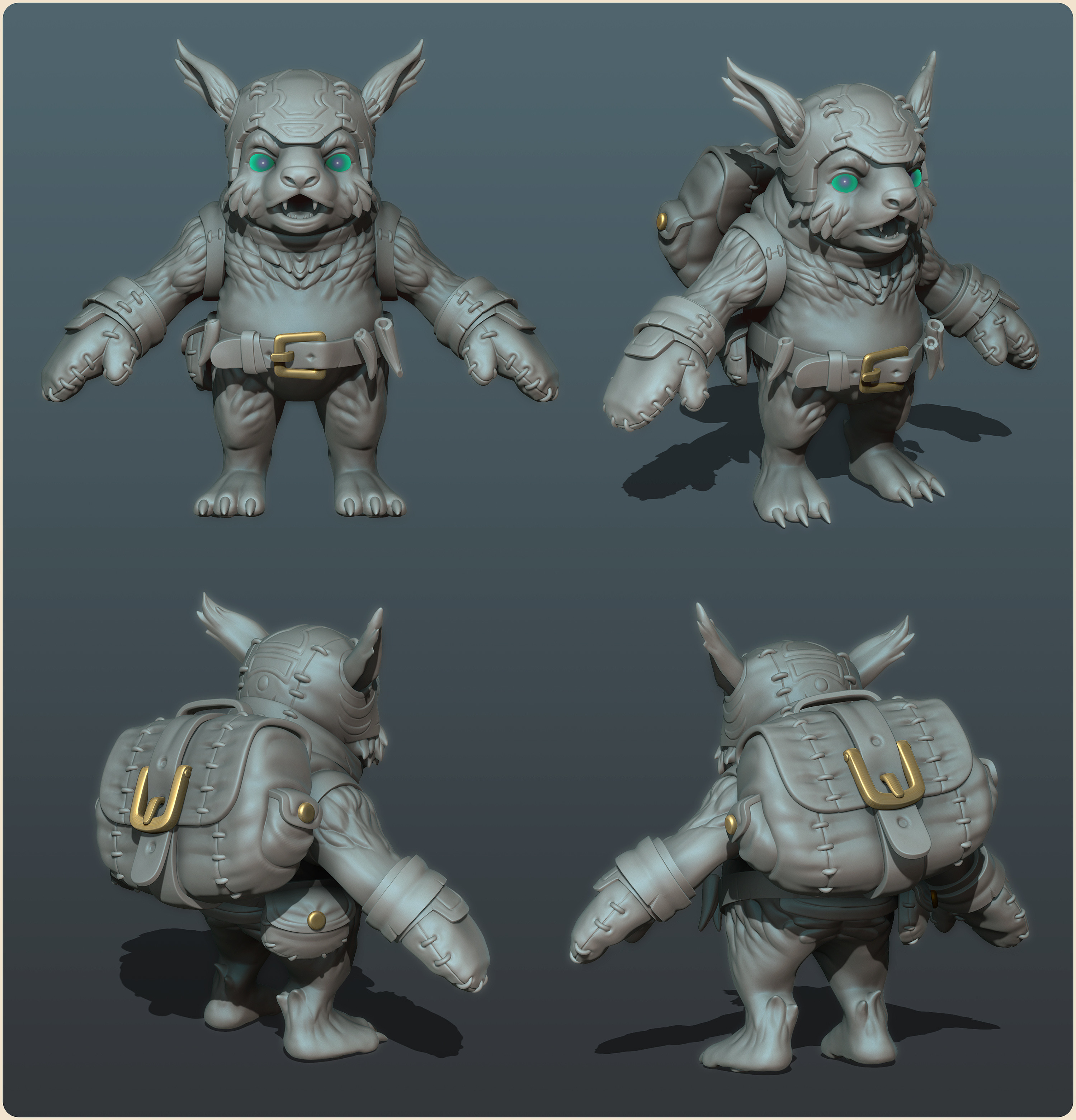 jD: What was your inspiration for the CS:GO Baroque skin?

Shaylyn: I was at the Metropolitan Museum of Art in New York and they have a huge collection of historical armour. I really love baroque art and just wanted to do a hunting rifle design.

jD: What kinds artistic directions are you most interested in?

Shaylyn: Baroque art and Northern Renaissance, like Netherlandish and Flemish arts. There are these artists from the 14-15th hundreds, such as Jan van Eyck or Pieter Bruegel the Elder. Their creations are hyper-detailed and I love art with lots of details, tells a story within the image and the more you look at it, the more cool things you see.

I'm trying to focus on defining that style for me. Some of my favourite workshop artists are those who are known certain things

jD: Are there any specific designs from other artists, both in Dota or CS:GO, you’re extremely impressed with?

Shaylyn: Oh, like everything. Every case in CS and treasure in Dota is filled with such creative art. There is one set by Motenai for Broodmother. I hate spiders, but it had an optical illusion on the spider that looked like a creepy lady to lure people in.

jD: Have you ever cosplayed one of your designs?

Shaylyn: No, but I've seen other people cosplay them. There is this Treant Protector set that I saw a picture of at TI, and someone cosplayed one of my Vengeful Spirit sets. They were so amazing and completely perfect. Someone also cosplayed my female medic design from Team Fortress 2 really, really well.