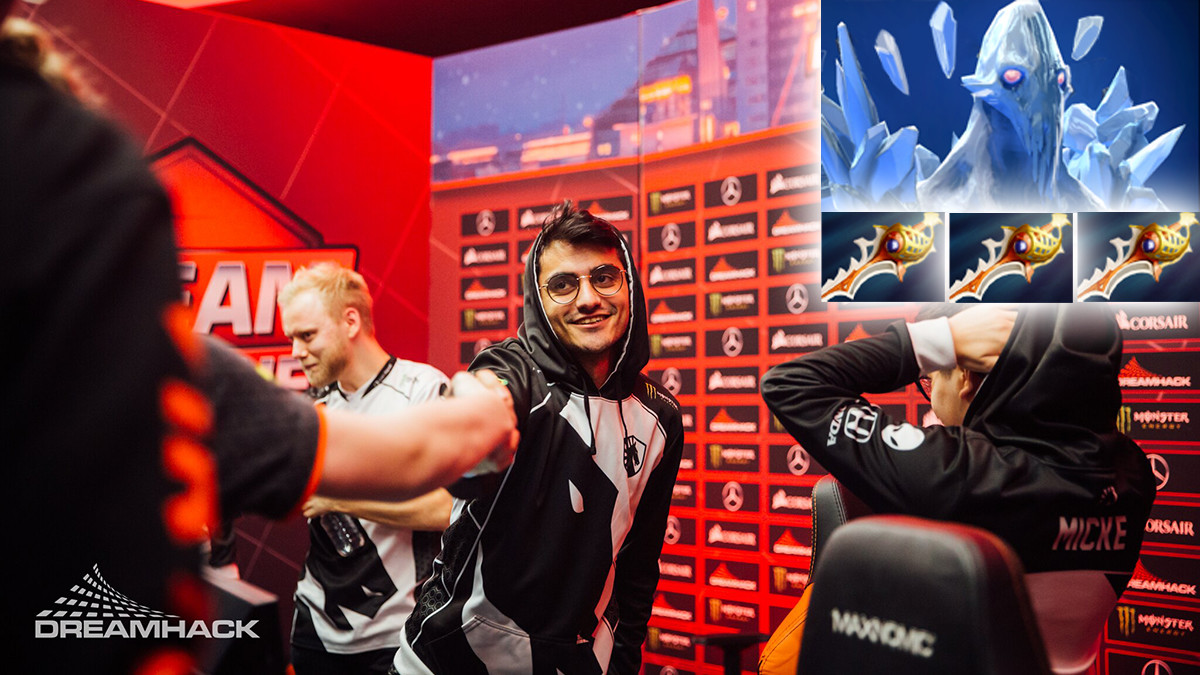 posted by NanaKrustofski,
Is there a thing as too many Divine Rapiers in one game? Team Liquid and Chicken Fighters provided an absurd game in the Western Europe Qualifiers for The International 2021. Team Liquid and Chicken Fighters delivered an incredible game in their TI Qualifiers series. The match didn't seem to end, Rapiers were flying around everywhere and Ancient Apparition might ruin your next pubs with their item build. Let's rewind and take a look at game one between Liquid and CF.


Insania (probably at one time in the game): I'm the Carry now

The two teams met in the Lower Bracket Round 4, so it was do or die for them. The first game lasted for 103 minutes filled with kills, back-and-forths and a seemingly flourishing economy. Ondřej 'Supream^' Štarha's Templar Assassin alone reached a wealthy networth of 91.7k. Only the finest weapons were acceptable and somehow, six Divine Rapiers found their way into the game.

Some Rapiers ended up casually laying around on the ground in the woods and changing owners after the vast amount of fights. Eventually, the position 5 player Aydin 'INSaNIA' Sarkohi picked up some of the deadly blades and they turned out to be the perfect fit for Ancient Apparition. He brutally pushed off the opponents from his base which granted his teammates enough air to breathe and finally take down the enemy Ancient.

The crown for the most kills goes to Max 'Qojqva' Broecker though: he finished with a 20/7/18 score on Lina. The most damage in these 103 minutes was dealt by Supream with 98.5k on TA.

Chicken Fighters were able to come back in game two, but the final match eventually went to Liquid. With a 2-1 victory, they will continue their run in the Lower Bracket where they will face Nigma next. Chicken Fighters were eliminated and no longer have a chance to make it to this year's TI. You can watch the following series on the official Twitch channel of Beyond The Summit.