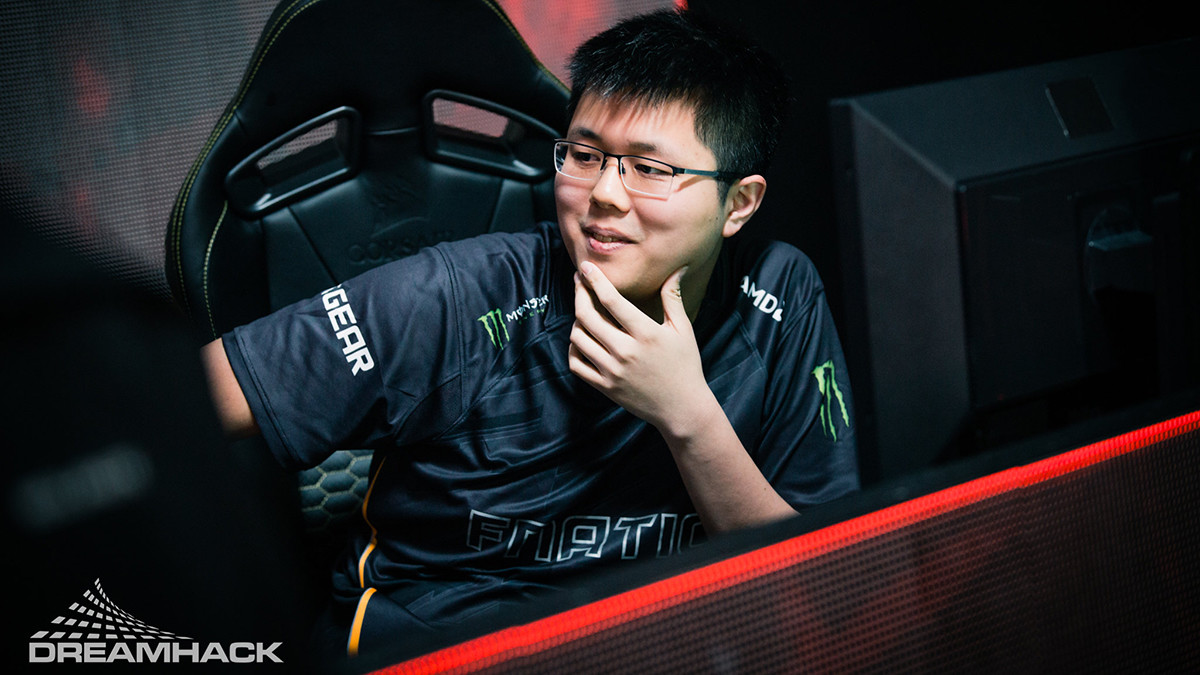 posted by Liightsdota,
Revenge is a dish better served as an intense Dota 2 series. The Qualifiers for The International 2021 are in full swing and saw a highly anticipated matchup between rivals coming.
Following the controversial dissolution of the old Black n Yellow squad, there remained some bad blood between Jacky 'EternaLEnVy' Mao and his former Black N Yellow teammates. These players collaborated in an ill-fated lineup which only remained together for about a month this April, concluding with a dramatic situation that resulted in EternalEnvy being removed from the team. Now, months later, EternalEnvy’s new bumble bEE's squad have defeated his former Black N Yellow teammates in order to continue on the treacherous road through the North American TI Qualifiers.

The former teammates turned adversaries met immediately in the first round of the Upper Bracket Playoffs for what seemed like a predestined matchup. Black N Yellow took full advantage of this first opportunity to play against the carry who butted heads with their team during the second DPC season.

In classic EternalEnvy style, the two games each lasted about an hour and got into some complex lategame situations, but Black N Yellow proved that they had what it takes to close out the series in the lategame.

This defeat knocked the bumble bEEs down into the Lower Bracket, where they would continue defeating opponents until a fated rematch was assembled: Black N Yellow would be playing a do-or-die elimination series against EternalEnvy to stay in the hunt for the last North American slot at The International.

After winning the upper bracket series 2-0, Andrew 'Jubei' Evelynn stated in an interview “I really hope we lose to Undying and go and play Envy again. I want to beat him again. I don’t (care) about the rest, I only care about beating Envy again.”

There remains a lot of tension between the former teammates regarding the way that their original lineup fell apart, and witnessing that conflict just added to the excitement surrounding this series.

Jubei would have his shot to eliminate Envy, as Undying did indeed knock BnY down to the elimination side of the bracket, securing the rematch against EternalEnvy’s bumble bEE’s.

Given the high-pressure circumstances, it made sense that these teams would play a more passive game to start with. First blood arrived at 6 minutes when David 'Moo' Hull’s Witch Doctor pushed into the Dire triangle to try to block the ancient camp to prevent further stacking for BnY’s Offlane Timbersaw. The stacks accumulated for both sides nonetheless, and we settled in to a very slow first 20 minutes of this game.

Following a nice kill on Eric 'Ryoya' Dong’s Invoker, Black n Yellow were able to use Exorcism to secure the first Aegis of the game for Luke 'YamSun' Wang’s Juggernaut. Bumble bEE’s gave up their bottom tier 2 tower without much defence, and BnY was able to secure a few nice kills as well as begin breaking the high ground.

There was a little bit of downtime before a crucial pause was called with both teams on opposite sides of the middle river. BnY was able to capitalize by bursting their opponent’s Centaur immediately after the pause expired.

Bumble bEE’s pushed too aggressively during a fight around the second Roshan and were baited in further because Esau 'esk' Coronel’s Exorcism was expiring. BnY cleaned up three heroes thanks to massive damage from Juggernaut and secured an Aegis which they used to continually poke at their enemy’s base.

The crucial third Roshan went uncontested in BnY’s favour, who now held a significant 25k gold lead from keeping bumble bEE’s contained within their base. There was a final skirmish that ended with all of Black n Yellow tipping EternalEnvy to inflict maximum psychological damage moving ahead in the series.

In the second game, Black N Yellow returned to first phase banning Envy’s Medusa and Terrorblade. This pushed Envy onto his Spectre, which bumble bEE’s followed up with support Hoodwink to prevent that easy break from going to Black n Yellow.

In a series plagued with pauses, Yamsun got off to an extremely unfortunate start to his lane in this game. He disconnected during the first creepwave and was killed immediately for first blood before he was able to reconnect. With his opponents getting their level 3 power spike earlier, Yamsun was dove and killed again at 5 minutes, with Jubei’s Ancient Apparition watching on helplessly.

Kills continued to pile up in the midgame, but bumble bEE’s always seemed to be coming out ahead in every fight. Ryoya’s Exorcism allowed them to sneak an uncontested first Roshan, which allowed EternalEnvy to play much more aggressively on his Spectre with the Aegis.

To give them credit, BnY did a great job of remaining competitive in networth despite bumble bEE’s doubling their amount of kills. After securing the second Roshan and a series of pickoffs, however, the bEE’s began to take map control and get a chokehold on this game.

Envy ended up getting extremely farmed on his Spectre by the 35 minute mark, where he became seemingly unkillable. This was all thanks to a long-duration BKB pickup which was used to barely survive the Doom cast on him, and secure the final fight to force GG.

It wouldn’t be an EternalEnvy anime storyline if this series didn’t go to a full three games, and the bumble bEE’s weren’t going to go down without a fight.

BnY was back to banning Envy’s Terrorblade and Medusa for the third game, resulting in him playing yet another different carry hero with Ursa this game. By last picking this hero, the bEE’s were able to ensure that he would have a great start to his game, where he can happily lane against a Doom without too many problems.

Envy managed to secure an easy first blood thanks to the favourable lane matchup, starting the Ursa snowballing in this game. BnY wanted to put an end to Envy’s freefarm and did manage to kill him at 10 minutes, but lost two costly deaths in the process.

BnY smoked up and dove the Midlane tier 1 incredibly successfully, destroying the objective and grabbing some control of the game back into their hands. After a crucial death from Yamsun’s Morphling, EternalEnvy was able to take a free second Roshan.

Thanks to some clever Exorcism use, bumble bEE’s were able to secure a high ground tower with the Aegis, but it expired afterwards without being used. Fights continued to swing very evenly back and forth, with both teams playing on a knife’s edge in an extremely high-pressure situation.

When Yamsun’s Morphling missed a crucial Waveform to get to the low ground, he got caught out and killed in a fight that suddenly snapped this game in half. EternalEnvy was able to walk up to his old teammates tier 4 towers and simply insist that the game ended.

After the third game Envy left it up to the other players in the lobby to type GG. The bumble bEE’s will need to win two more series today to secure the last North American slot at TI.